not that exciting (but is that bad?) 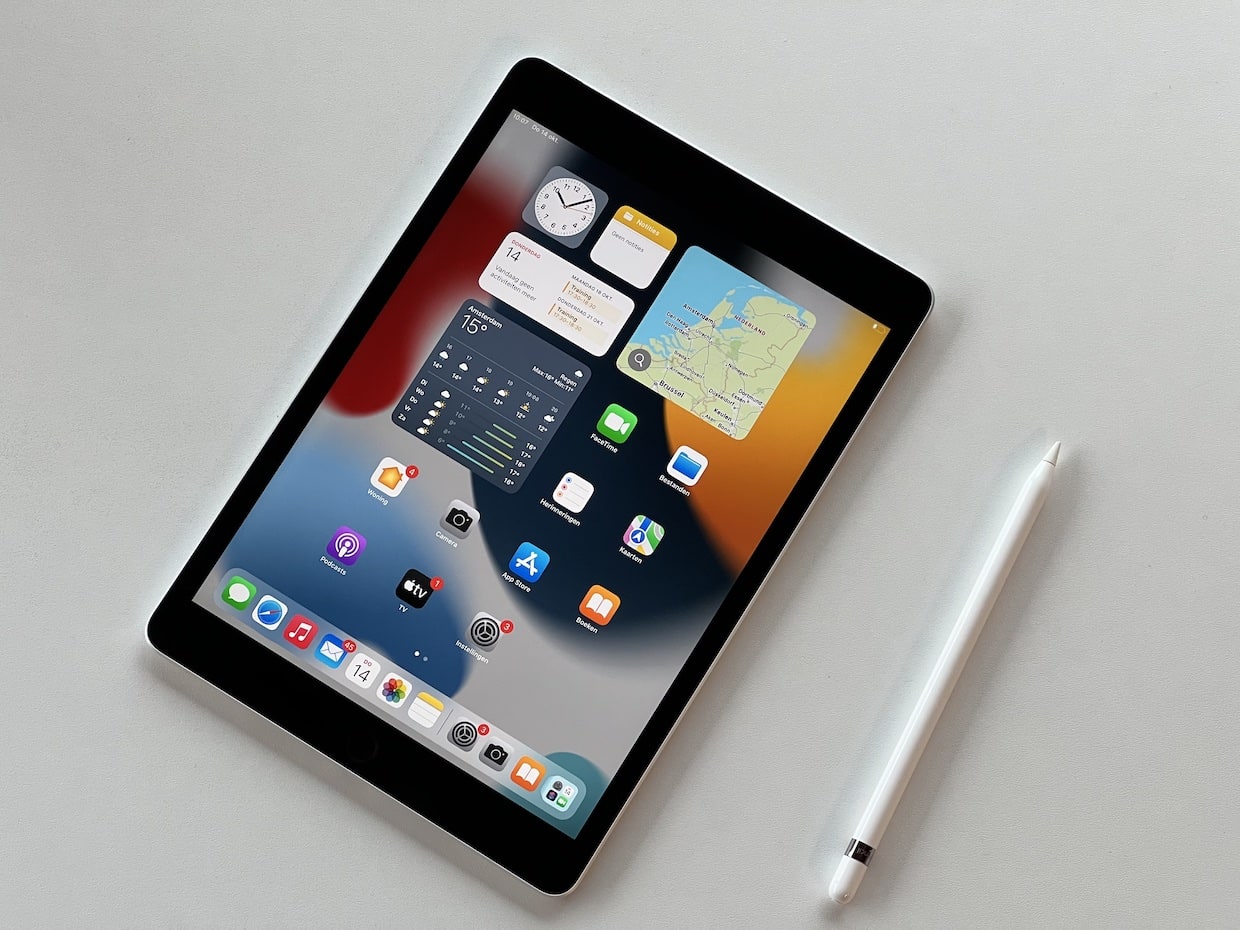 The ‘regular’ iPad is often in the shadow of its more innovative brothers, but that is unjustified. The 2021 iPad shines this year with double storage, a better processor, good front camera and more. Read all about it in our iPad 2021 review.

It’s an unwritten rule that Apple never focuses on budget models. That strategy works well: selling premium products at premium prices has brought in quite a bit of money in recent years.

But the handful of “cheap” products Apple sells, including the $389 10.2-inch iPad and the $492 iPhone SE, are secretly some of the company’s best devices. Apple uses processors that were only a few years ago in its most expensive phone, you get years of software updates and (usually) no skimping on the materials used. The hardware still looks nice and feels high-quality too – even if the design may be a bit dated.

In a nutshell, that’s why we’re so excited about the new entry-level iPad. The iPad mini 6 may be more innovative with its new design and the iPad Pro 2021 is many times faster. But the tablet that ultimately suits most people? That’s the iPad 2021.

The biggest improvement of the iPad 2021 is the upgrade from 32GB of storage to 64GB. Whether you’re planning to use the iPad as a cheap alternative to a laptop, as a sort of oversized iPhone for the couch, as a portable smart TV, or as a tablet for your kid, 64GB of storage is all you need. these goals vastly better. You can simply store twice as many apps, photos, games, and downloaded series and movies on the iPad.

With the iPad 2020, we had advised everyone to go for the slightly larger storage capacity (and therefore spend more money). That is no longer necessary, because price-conscious buyers can safely choose the 64GB version.

A13 Bionic as processor

Apple uses the A13 Bionic processor in the iPad 2021, a chip that was first in the iPhone 11 series in 2019. Like the A12 it replaces, the A13 includes two high-performance CPU cores and four energy-efficient cores, plus a four-core graphics chip.

The leap that the iPad 2020 made from the A10 chip to the A12 was a major improvement that made a big difference in everyday use. The jump from the A12 to the A13 this year is not that big. You’re looking at an improvement of between 20 or 30 percent in processor speed and between 25 and 40 percent faster performance in games. That sounds quite a lot, but let’s be honest: the A12 was also super fast. If, on the other hand, you come from an older iPad, then the A13 is of course a world of difference.

The new entry-level iPad has the same 3GB of RAM as its predecessor. That’s also the minimum amount you need to use all the features of multitasking in iPadOS. This lets you use two apps at once in Split View, and a third in Slide Over. iPads with less RAM only support two apps at a time and ‘freeze’ one of those three apps.

Compared to more expensive iPads with more RAM, you will notice that the iPad 2021 has to reload apps or Safari tabs more often when multitasking. However, that also depends on which apps you run and how you use them.

The resolution, size, refresh rate and screen quality of the new iPad have not changed. It does, however, have support for True Tone, with which the color temperature of the screen is subtly adjusted to the ambient light. This makes it more pleasant, for example, to read an e-book in the evening on the couch with mood lighting, because then a normally white page gets a beautiful sepia tone thanks to True Tone.

The 1.2-megapixel front camera of older iPads has been replaced by a 12-megapixel wide-angle lens. That’s a really big step forward, both for selfies and for FaceTime and other video calls. Thanks to the wide-angle lens, a much larger camera image is also captured.

The latter also enables support for Apple’s Center Stage feature, which we saw earlier on the 2021 iPad Pros. If you use FaceTime (or any other video app that supports it), Midpoint creates a panningeffect may follow you as you move.

This keeps you in the center of the image. The function also adjusts the image frame if more people appear in front of the lens. It’s certainly not an essential feature, but it’s fun, and it works just as well here as it does on the iPad Pros and the new iPad mini.

Other than that, there isn’t much

Many other parts of the iPad 2021 have remained unchanged. Apple continues to use the same main camera on the back with 8 megapixels, which has been present with the ‘regular’ iPad since 2014. So the company relies entirely on the A13’s integrated image processor to improve image quality, rather than giving the iPad a better sensor.

The new iPad is also the only tablet from Apple that continues to use a Lightning connector. Fine for compatibility with your iPhone chargers, but unfortunate for compatibility with the USB-C accessories and adapters of the more expensive iPads. The 2021 iPad also still has the same Home button with Touch ID and speakers as its predecessors.

Unfortunately, the support for accessories is also the same. The iPad 2021 still uses the first generation of the Apple Pencil. In principle, it works just as well for drawing as the second generation, but is just a bit less convenient.

For example, the first generation Pencil clumsily sticks out of the Lightning connection when you want to charge it. That has (at least with us) the effect that the Apple Pencil 1 is continuously empty, while the Apple Pencil 2 (which is clicked onto the iPad and then also charges) always has enough energy.

This iPad’s Smart Keyboard features the same trackpad-less design that Apple has been using since the first iPad Pro in 2015. The slim keyboard with its butterfly keys unfortunately offers a mediocre typing experience, especially compared to the MacBook’s redesigned scissor keys and the pricey Magic Keyboard. for the iPad Air and Pro. We find the Logitech Combo Touch, with regular keys and a trackpad, a nice alternative to the iPad 2021.

The new iPad (9th generation) has been in stores since September 24. The tablet is available in space gray and silver, with a capacity of 64GB and 256GB. You have to buy an Apple Pencil separately and you will lose 99 euros for that. The suggested retail prices of the Apple iPad 2021 are as follows:

The iPad (2021) is ideal for streaming movies and series, playing games and using educational apps. People who just want a nice tablet to read or browse with will also be happy with the entry-level iPad 2021. You really don’t need an iPad Pro if that’s all you want to do.

The cheapest iPad is certainly in the running for the most boring product Apple sells, but it remains one of the devices with the best price-quality ratio.

Do you want it just a little more modern? Then we recommend the iPad Air 4. It is almost a year older, but has the modern borderless design and a faster A14 chip.

Have you read the review of the iPad 2021? Hopefully, you’ve become as excited about the 2021 iPad as we are. Do you want to buy an iPad 2021 right away? You can find the best deals via the price comparison below!