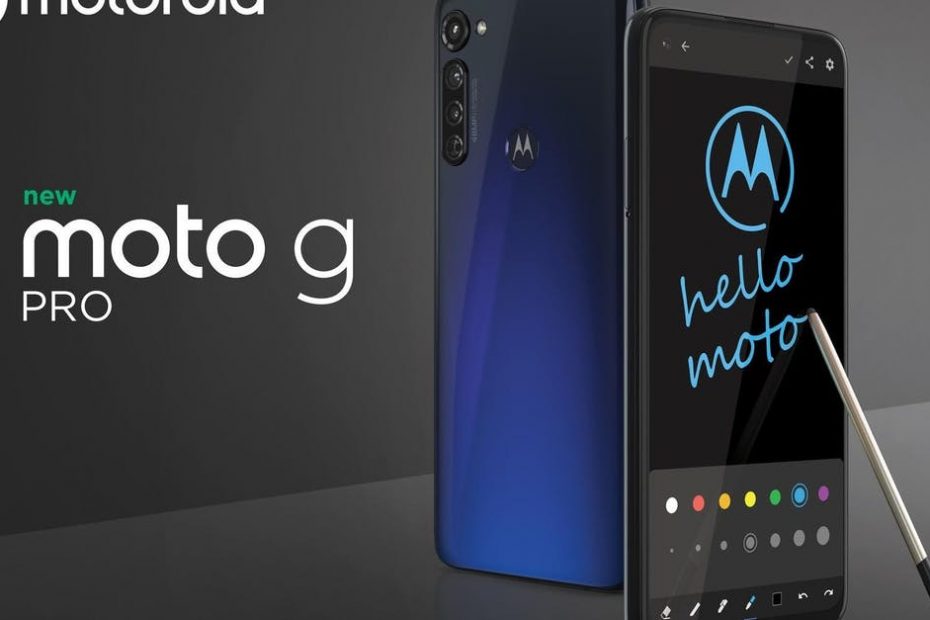 The year has only been underway for a few days and Motorola is already busy launching its smartphone offering for 2021. On Friday afternoon, Motorola introduced four phones, including the successor to the Moto G Pro, the Moto G Stylus (2021). For the time being, the phones are not coming to the Netherlands.

Motorola is the first manufacturer of the year to present its new offering. In total, the Chinese company showed four devices: the Moto G Play (2021), Moto G Power (2021), Moto G Stylus (2021) and the Motorola One Ace. We do not know why the latter device is in the Motorola One series. In the past, phones with Android One were introduced within the series, but the One Ace is not part of that program. The Motorola phones will probably be available in Europe under a different name at a later date.

The cheapest device that Motorola has announced is the Motorola Moto G Play (2021), with a suggested retail price of $ 169.99. For that price you get access to the Qualcomm Snapdragon 460 chipset, 3 GB RAM and 32 GB storage memory. Internally we also find the battery with its 5,000 mAh capacity; charging speeds are limited to 10 watts.

With this battery, the phone provides the chipset and the 6.5-inch screen in front of the G Play, which has an HD + resolution. In the teardrop notch we find the 5 MP selfie camera of this phone. The camera module on the back of the phone has two camera sensors, one of which has a 13 MP resolution – that’s the main camera. The second camera sensor on the back of the Moto G Play (2021) is a 2 MP depth sensor that is used when taking portrait photos.

The second device in the renewed range of Motorola is the Motorola Moto G Power (2021). Unlike previous Moto G Power phones, there is no surprisingly large battery in this phone: the battery in this phone has a 5,000 mAh capacity and can be charged with up to 15 watts. The phone does contain more ‘power’ when it comes to processing power: Qualcomm delivers the Snapdragon 662 chipset to Motorola for the Moto G Power (2021). Furthermore, the device contains more storage and working memory, depending on the chosen configuration.

Basically, the device contains 3 GB of RAM and 32 GB storage memory, but you could also opt for 4 GB of RAM and 64 GB of storage memory. Other specifications include the three camera sensors on the back of the Moto G Power (2021), of which one 48 MP main camera and two 2 MP sensors serve as macro and depth sensors. Finally, the Moto G Power (2021) includes a 6.6-inch screen, with an HD + resolution.

In Europe, the 2020 edition of this device was sold as the Motorola Moto G Pro. There is a good chance that the 2021 variant will eventually come to Europe under that name. What makes the device special is the stylus that Motorola provides – just like with the Note series from Samsung, the stylus takes place in the housing of the phone. With the stylus you can take notes on the 6.8-inch screen on the Moto G Stylus (2021); the screen has a Full HD + resolution and includes a hole-punch notch for the 16 MP selfie camera.

Internally, the Moto G Stylus (2021) is equipped with a Qualcomm Snapdragon 678 chipset, 4 GB working and 128 GB storage memory and a 4,000 mAh battery that can be charged with 10 watts. There is no support for fast charging on the G Stylus (2021), although you would expect it at the suggested retail price of $ 299.99. For that price, you get four camera sensors on the back: one 48 MP main camera, an 8 MP wide-angle sensor and two 2 MP sensors that again serve as depth and macro sensors.

In Motorola’s announced offering, only one phone includes support for 5G, and that goes for the Motorola One 5G Ace. Internally, the phone includes a Qualcomm Snapdragon 750G chipset, which supports 5G networks. Furthermore, there is 4 GB or 6 GB RAM available, together with 64 GB or 128 GB storage memory respectively. The battery has a 5,000 mAh capacity and supports 15 watts fast charging, again somewhat disappointing when you consider the $ 399.99 price tag.

Other specifications of the device include the 6.7-inch screen with a Full HD + resolution and the three camera sensors on the back. The list starts again with a 48 MP main camera, supplemented by the 8 MP wide-angle sensor and a 2 MP macro sensor. Finally, a 16 MP selfie camera is present at the front, which shoots the photos through the hole-punch notch in the Motorola One 5G Ace’s screen.

Launch in the Netherlands

What is striking about these devices is that they each have a relatively low charging speed. Also striking when looking at the specification list is that the phones run on Android 10 at the time of launch, instead of Android 11. Motorola gives the vast majority of Moto G phones one Android upgrade and that also applies to all devices. announced on Friday. As a result, the phones will hang on Android 11 and users will miss out on features from future Android upgrades.