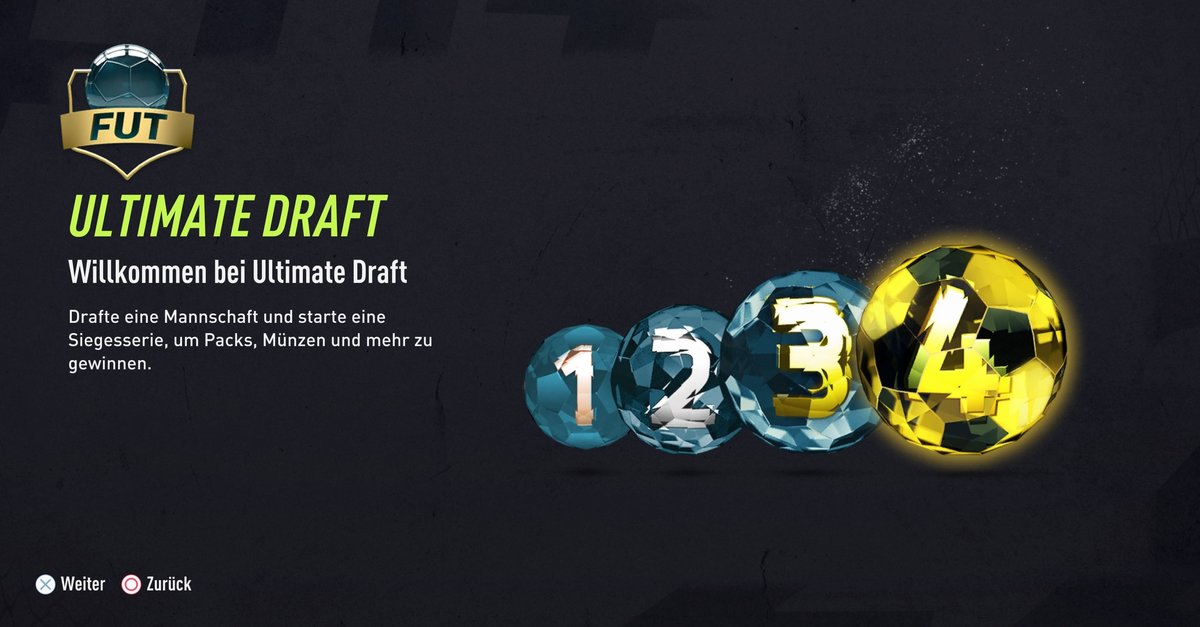 Whether online or offline: The FUT Draft is still one of the popular competitions in FIFA 22. Put together a team of random kickers and win as many games as possible. In the following we list all the rewards from the Ultimate Draft.

This is how the Ultimate Draft works in FIFA 22

The process of the FUT draft has actually not changed. A distinction is made between the single-player draft, which is offline, and the online draft. In order to participate in a draft, you have to redeem a draft token, for this you have to invest either 15,000 coins or 30 FIFA Points. Sometimes, very rarely, you might pull a draft token out of a pack.

In the draft itself, you have to choose a player from five random players for each position and your substitute bench. As usual in FUT, it is recommended that you create a healthy balance between player quality and team chemistry so that your best formation comes into its own. Once you have put together your team for the FUT draft, a maximum of four games will follow. As soon as you lose, your ticket ends.

All FUT draft rewards at a glance

The rewards for the online and offline draft are slightly different. Also, the rewards are chosen randomly from the options given. So you don’t have any freedom of choice like with the Division Rivals rewards. Likewise, the rewards are not automatically fixed from the start, as is the case with the Squad Battles rewards.

The offline draft rewards are also impressive. The advantage of the single player draft is the level of difficulty, which you can set as you like. You should easily manage the four victories for maximum rewards despite the increasing degree of difficulty:

How does difficulty affect the FUT Draft Rewards?

In the offline or single player draft, you can get one before the start of the four games Level of difficulty to adjust. However, it has only a minor influence on the draft rewards, namely on the coins earned. The rewards in the form of packs always remain the same. The higher the difficulty, the more coins you get.