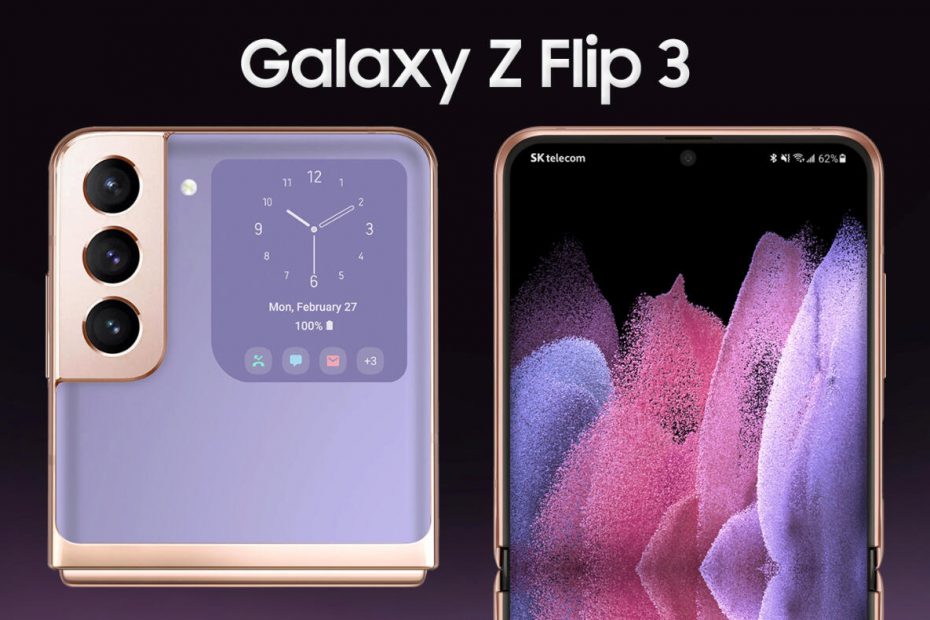 At Samsung, preparations for the introduction of the new Galaxy S21 series are at their peak. However, this will not be the only important event. We should look forward to the introduction of new flexible phones later this year. There is no talk of the royal Galaxy Fold model yet, but on the contrary, the flexible Samsung Galaxy Z Flip 3 mobile phone is appearing more and more. Renders have revealed a design based on the Galaxy S21 series, and we must admit that it looks great.

The flexible Samsung Galaxy Z Flip 3 could be significantly cheaper

The renders of the upcoming flexible phone first appeared on the Korean Meeco forum, where they were published by a user nicknamed Stellist. Then the LetsGoDigital server took care of the renders. Thanks to that, we also have a look at the open phone. The design based on the Galaxy S21 series can be seen most of the cameras, which are on the very edge. The color combination is also identical. Next to the cameras is a specific thing about Samsung flexible phones. And it a small secondary display, which is used mainly for quick display of informationso that the phone does not have to be opened for every little thing.

It is common for new phones to have newer newer chipsets, especially for premium phones. But flexible phones also have a problem with being too expensive. For the Galaxy Z Flip 3, it should Samsung will reduce the price by using the older Snapdragon 865 chipset, at the time of the release of the phone, it will therefore have a chipset more than a year old. At the same time, the phone should be missing a 5G modem. The result should be a flexible phone priced below $ 1,000. The phone could be about $ 400 cheaperthan previous Galaxy Z Flip models.

How do you like this design Samsung Galaxy Z Flip 3?