Meteorite crashes through the roof and barely misses sleeping Canadian 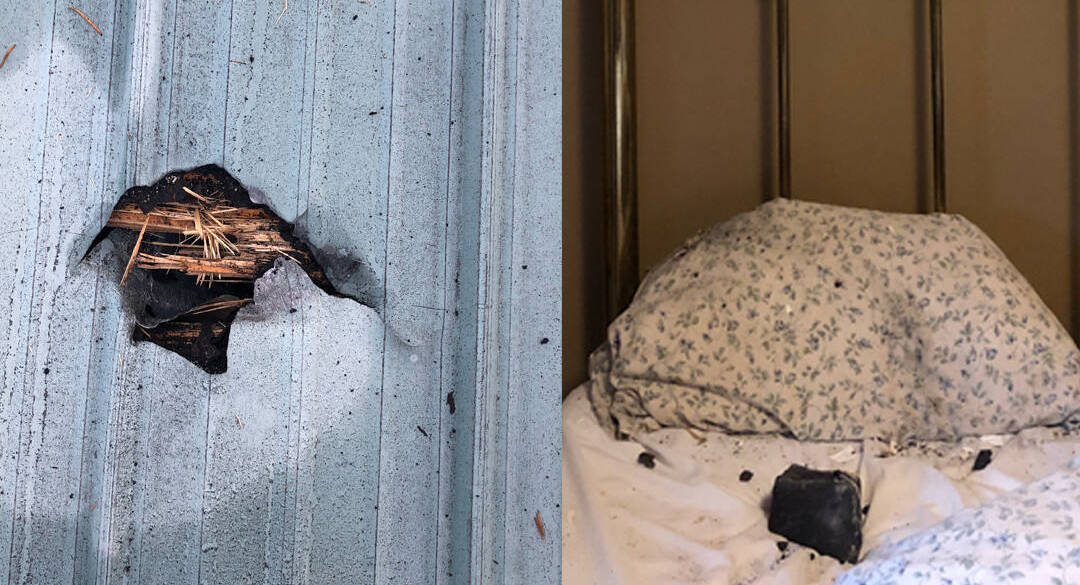 You probably imagine a visit from space differently. In Canada, a meteorite hit the roof of a house and landed in a bed in which a woman was lying and sleeping.

Scientists estimate that around 500 meteorites a year manage to penetrate the earth’s atmosphere – they then often fall as glowing fireballs onto the surface of the earth. The rocks are only found in two percent of the cases. Meteorite hunters therefore start looking for something with the help of dashcam recordings. In the future, drones should help with AI software. In the case of a meteor strike in Canada, such efforts were unnecessary.

A fist-sized meteorite lands on the pillow

Because the fist-sized meteorite that fell over the North American country in early October landed in the bed of an elderly woman. The rock had previously broken through the roof. According to the woman, the meteorite landed right next to her pillow, but did not injure her – even if she was lying in bed and slept. By the noise and small stones that landed on her face, she was ultimately roused from sleep, like her Victoria News told.

At first she thought someone had broken into her. When she saw the stone lying next to her, she first called the police. This initially assumed that the rock came from an explosion on a nearby construction site. When it was clarified that there had been no explosions there at the time, the investigators were convinced that it must be a meteorite. The thesis certainly appeared as more and more sightings of a fireball in the sky became known.

Hole in the roof: does the insurance pay?

After digesting her initial shock, the Canadian declared that she wanted to keep the stone. Anyway, your grandchildren would think he’s pretty cool. “I’m just totally amazed that it’s a star that came down from heaven. It’s maybe billions of years old, ”the woman told Victoria News. In addition, because of the incident, she now appreciates her life even better. The question now is whether your insurance will pay for the damage caused by the meteorite.