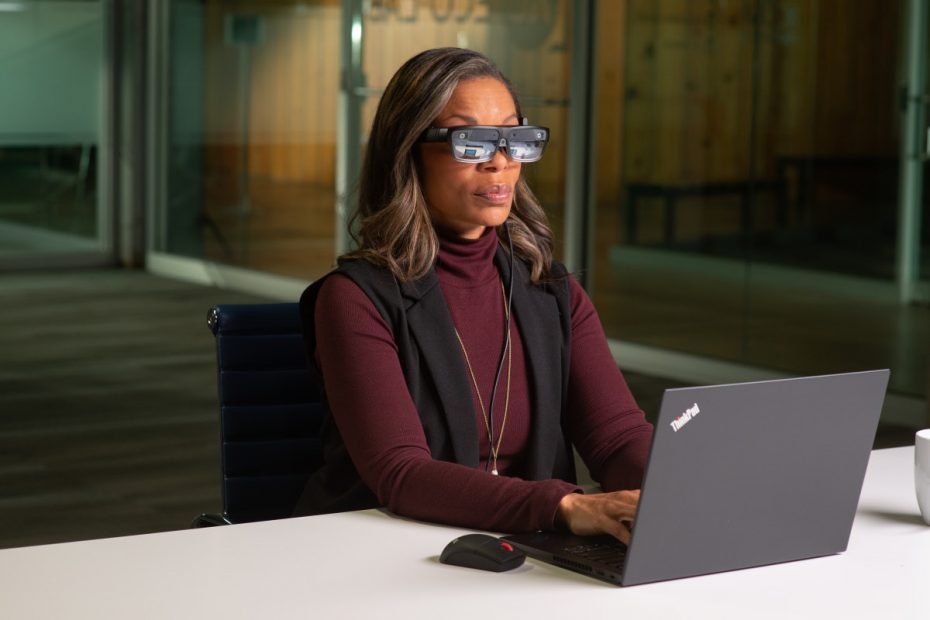 With the Thinkreality A3, Lenovo has introduced data glasses that can open up to five monitors in virtual space. In doing so, however, she is dependent on support.

The Thinkreality A3 AR glasses from the Chinese manufacturer Lenovo promise an increase in productivity in the office. In addition to the screen of the Windows PC, to which the data glasses are connected via USB-C, up to five additional monitors should be able to be added virtually. They should be able to be operated like physical monitors.

Thinkreality A3 needs a PC or smartphone

As an alternative to a Windows PC, the Thinkreality A3 in the Industry Edition can be controlled via a Motorola smartphone, provided that it has at least one Snapdragon SoC (System-on-a-Chip) of the 800 series – i.e. flagship level .

Independent operation of the data glasses, independent of additional hardware – as is possible with the Hololens 2 from Microsoft – is not provided by Lenovo. Nevertheless, the Thinkreality A3 should expressly also be suitable for 3D visualizations and remote maintenance tasks.

Lenovo has not yet described the exact function of the data glasses. The product announcement speaks of “room-filling tracking with dual fisheye cameras”. It is possible that the computing power of a Windows PC or flagship smartphone enables the Thinkreality A3 accordingly.

Snapdragon as the technical basis

Technically, the Thinkreality A3 is based on the XR-1 system from Qualcomm. This price-optimized AR / VR platform relies on an adapted Snapdragon 820/821, which lacks all smartphone features.

The 130 gram data glasses, which will not win any design awards with their librarian optics, deliver a resolution equivalent to Full HD. It houses a camera with a resolution of eight megapixels as well as loudspeakers and a microphone in addition to the tracking cameras with ultra-wide-angle lenses.

The Thinkreality A3 looks like a slimmed-down version of the Thinkreality A6 introduced in 2019. However, the included “Compute Box” meant that it could be used more autonomously than the A3 now presented and was based on the 2018 flagship SoC Snapdragon 845. The connection of a PC or smartphone to the A6 was not only not necessary, it was also not possible . After the performance, it quickly became quiet about the data glasses with the eighties look.

Lenovo plans to launch the ThinkReality A3 in the middle of the year. The manufacturer did not reveal a price.