William Shatner comes back from space touched to tears 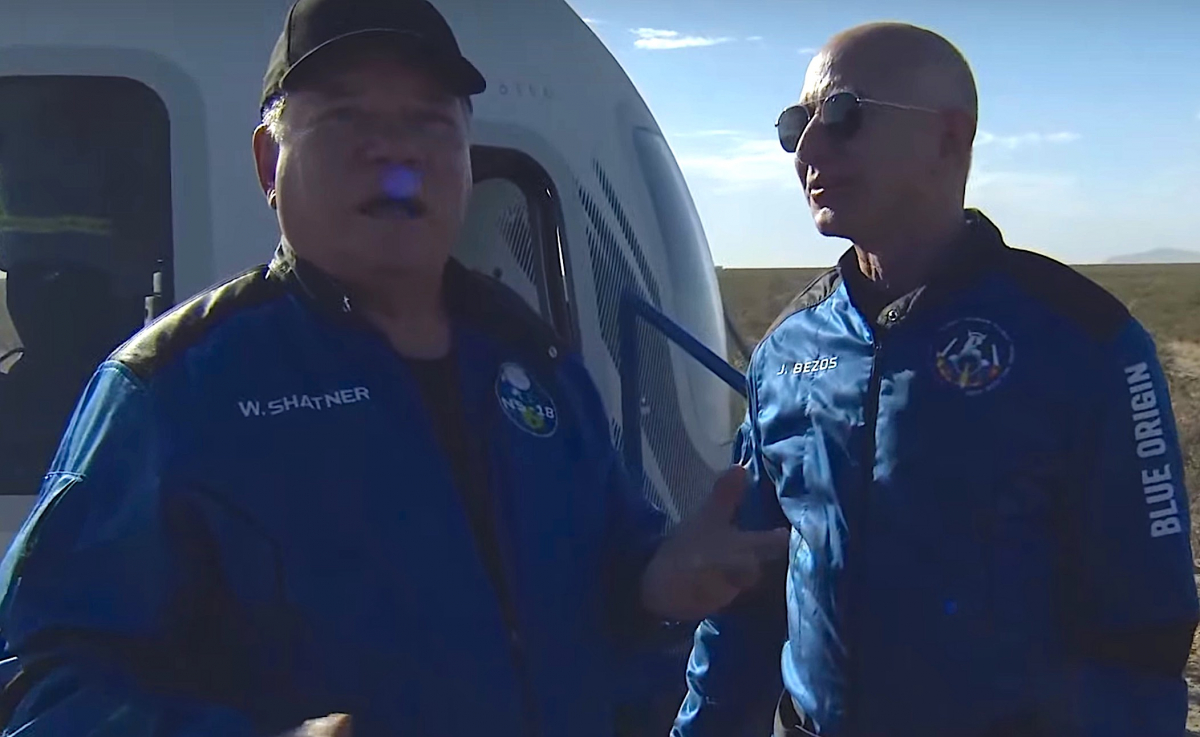 William Shatner really was in space. For a few minutes he was allowed to enjoy weightlessness and the view of the earth. Back he had a very emotional moment.

Blue Origin has completed the second flight with space tourists. Also there: the now oldest astronaut William Shatner. The 90-year-old actor played for years the starship commander Captain Kirk in the space opera Starship Enterprise; now he was in space himself. In addition to him, two other space tourists were on board the New Shepard: Chris Boshuizen is the first Australian to have been in space after landing. The medical entrepreneur Glen de Vries introduced the third space tourist. Also on board was Audrey Powers, the department head of the New Shepard program. Blue Origin boss Jeff Bezos insisted on personally taking the passengers to the rocket and receiving them back on earth. William Shatner gave him a poignant moment.

The rocket took off on time and accelerated to over 3,500 kilometers per hour. At an altitude of around 100 kilometers, it switched off the engines so that the occupants could enjoy the weightlessness and tranquility. Then it went back for the booster stage, it landed on the base with the help of landing engines. Shatner & Co., on the other hand, parachuted the capsule to the surface of the earth.

Bezos first deals with the champagne

Jeff Bezos personally opened the flap of the capsule and visibly happy passengers alighted. While Boshuizen, de Vries and Powers quickly dived to their relatives, Shatner stayed with Bezos and wanted to tell him, visibly moved, about his incredible moment. He says to him: “I would never have thought, I really never would have thought that …” Bezos, on the other hand, reaches for the champagne bottle and first pops the corks. But Shatner doesn’t seem to care about the splashing juice, the light and the laughter. He looks like he’s looking for words.

Then Bezos turns back to Shatner, who is still completely fulfilled. Says the actor, “It was amazing. Suddenly you look into the blackness and then back and there is Mother Earth, very cozy. And on the other hand, this is black. Death. ”And further:“ It’s so moving. It is indescribable. Wrapped in blue. ”What he was not prepared for was this blue. He says, “This soft blue, it’s so thin.”

The 90-year-old also mentions that he is full of emotions when tears roll from his eyes. He talks about the nature of life and death. Jeff Bezos stands next to him and says, “Beautiful. Your words are so beautiful. “Shatner continues:” That thing is thinner than your skin. If you think in terms of the universe, it’s so incredibly thin. ”The Texas sun burns down on the desert floor while millionaires laugh in the background. As if to himself, Shatner tells: “You fly 500 miles and then this black one, like death. That’s what I saw: death. ”There is a pause. “I’m overwhelmed,” he mumbles.