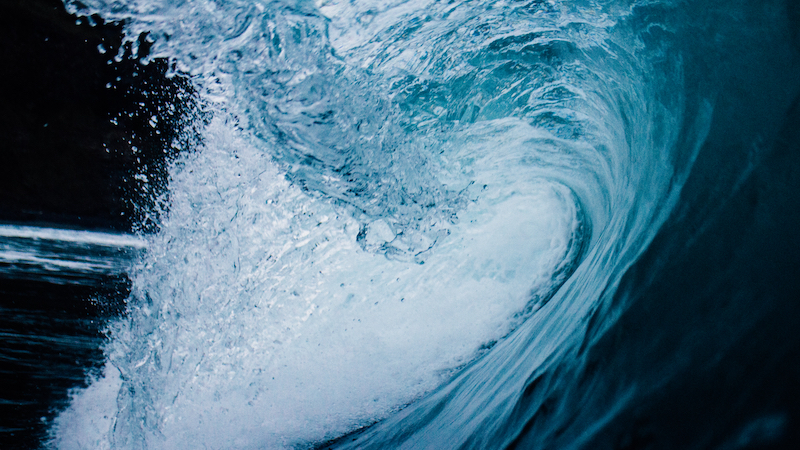 Researchers from China have developed a new type of wave power plant in which tiny generators generate electricity from electrical friction. It is said to be significantly more effective than previous wave power plants and could help the technology achieve a breakthrough.

When we think of regenerative energies, most people probably think of solar, wind and hydropower. But another technology seems to have developed from an underdog to a real alternative in the last few years: wave power plants, which are already floating in the sea like air mattresses.

However, the technology still has to contend with many disadvantages. The power plants are considered expensive and not very efficient. A team around the Chinese researcher Zhong Lin Wang from the Beijing Institute of Nanotechnology, however, wants to change that. With his team, he has developed tiny nanogenerators that generate electricity from electrical friction.

Most of them have probably come into contact with this so-called static electricity. For example, if you rub a balloon on your hair, the balloon will stick to your head because of the electrical charge. It is similar with the small electric shocks that occur when you shuffle across the floor in woolen socks.

Based on this, the research team developed a generator consisting of a spring-like coil inside a cylinder. As this waves back and forth, the coil touches different parts of the cylinder.

This friction then creates electricity. In the laboratory, the researchers have already been able to generate 347 watts per cubic meter of liquid in this way.

That seems record-breaking, because previous records have only reached half of them. Compared to other generators based on static electricity, the innovative wave power plant generates up to 30 times more electricity. With this, the Chinese team clears some hurdles for the technology.

However, there is a problem with the approach. As Stephen Salter from the University of Edinburgh noted, the parts wear out comparatively quickly. This is an unpleasant side effect of solutions based on static electricity. Therefore, it is now up to further investigations to find a solution to the problem.