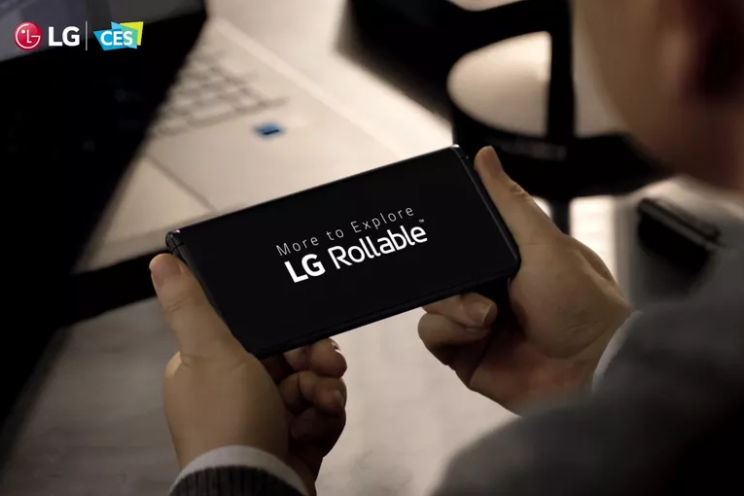 An LG roll-up phone has appeared on YouTube. The device never made it to the market because LG no longer makes smartphones, but we can now see how it works. The development of the telephones was clearly at an advanced stage.

In this video from a South Korean Youtuber, we get to see the LG roll-up phone in action. That is a phone where the screen is rolled up under the housing, and with a smooth gesture we see it roll out in the video. By default, it has a 6.8-inch OLED panel that can expand to 7.4 inches. Everything indicates that the phone was almost ready to hit the market, as it comes with a box, a charger and the manual.

The LG Rollable as the phone would be called was shown in a teaser at the CES tech fair in January 2021. The phone then applied for certification from regulators in March, and a month later, LG announced it could no longer make smartphones. The roll-up telephone, in which the brand has undoubtedly invested heavily, was therefore also doomed. The devices that had already been produced were sold to employees of the company.

After the LG Rollable, we got to see another rollable phone, the OPPO X 2021. The Chinese manufacturer introduced us closely, but it emphasized that the phone is only a concept. As far as we know, there are no plans to release a rollable smartphone for consumers. LG, on the other hand, may still be using its roll-up screen technology for luxury televisions.

So it is currently pretty quiet when it comes to new rollables, and on the other hand, there is plenty of life in the foldables market. Samsung launched its fourth generation of its foldable phones, OPPO came up with the Find N, Motorola has presented its new Razr 2022 and Vivo also has foldable plans. What do you think of the LG Rollable and do you want to see even more foldable phones in the future? Let us know in the comments.