Tinder has a new feature to help you block the former 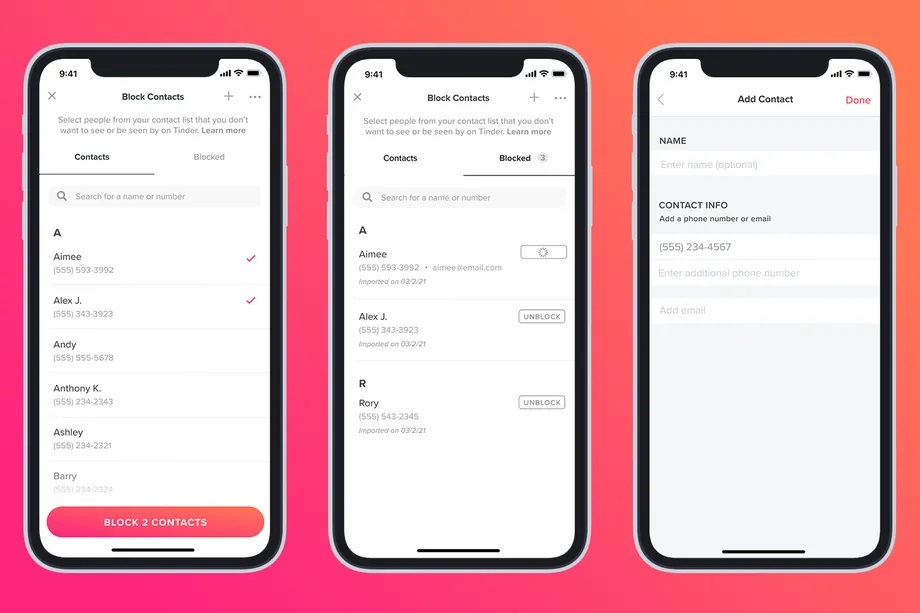 While you may be wondering what it would be like to be able to block people based on a phone number, it actually makes sense. Especially if you know some people whose phone numbers you have in your contacts and you would not want them to see your profile on the mentioned platform. You can block your friends, former or maybe current partners. Tinder recently announced this feature, according to The Verge.

Acquaintance searchers can do this through settings in the Tinder application. There they will find the item Block contacts, which will allow them to block selected contacts from the list or directly select the entire list to upload.

Tinder adds that it will not collect data on all contacts, but only on those you choose to upload. You can then freely add or delete these contacts at any time in the future – that is, unblock them. It goes without saying that blocked contacts will not know that you are blocking them. They simply won’t see your profile, and neither will you.

It’s also not 100 percent – if your partner changes the number and creates an account with a new one, there’s still a chance they’ll find you. People have been trying to avoid similar inconveniences since the beginning of these services. Now comes the chance to prevent it. Although for some it may be too late and maybe Tinder and similar applications should have thought of that sooner.

Beware of online dating, you can lose money