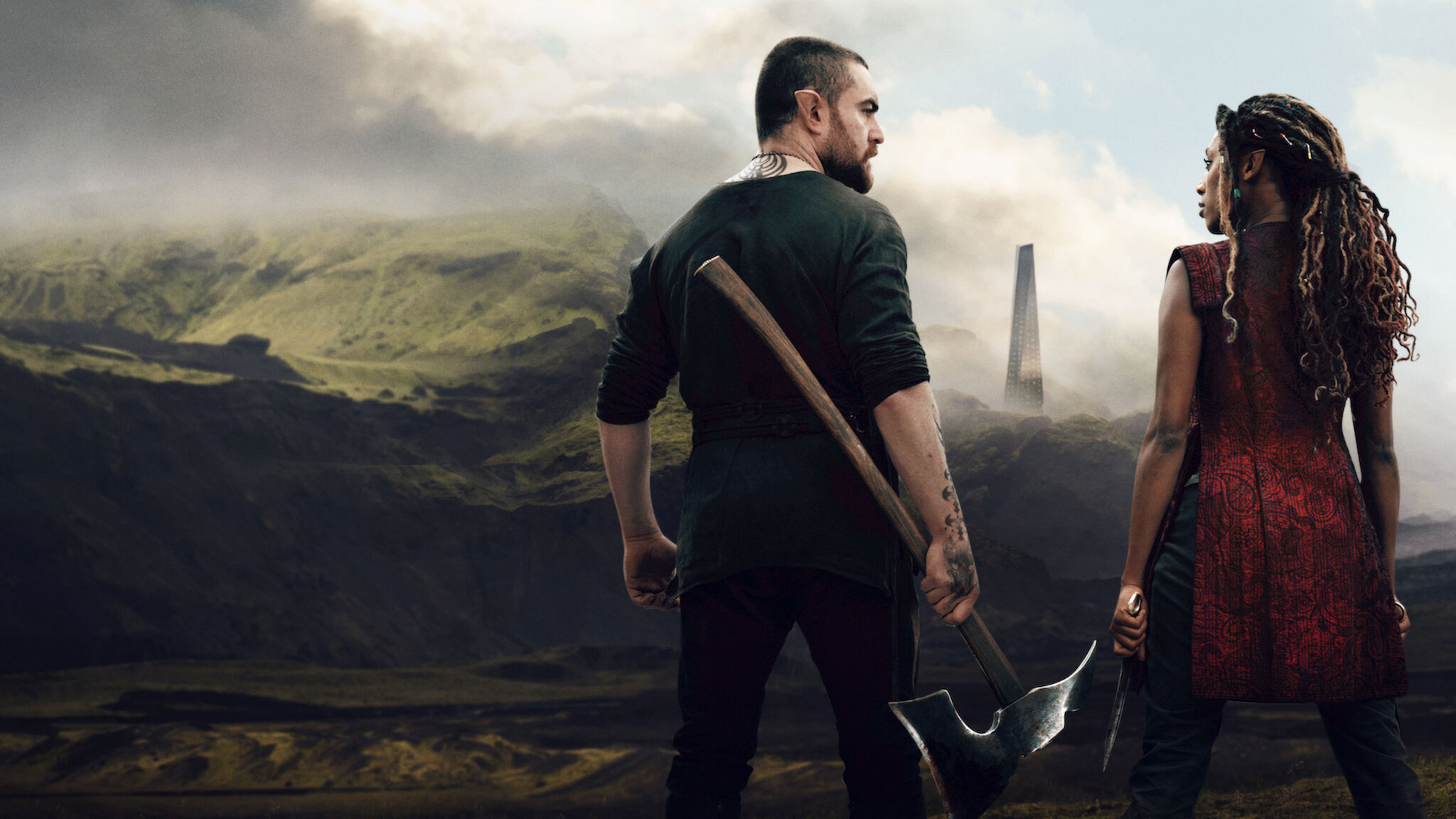 The Witcher: Blood Origin is a fantasy TV mini-series that has been slammed by critics. New aficionados on Netflix may appreciate the series.

The Witcher: Blood Origin is set approximately 1200 years before the birth of Geralt Rivia, and the beginning of the rest of the Witcher Saga. The makers had to, because the actor who plays Geralt, Henry Cavill, is leaving the series. At this time, no humans and monsters lived in The Continent. But that doesn’t mean there weren’t exciting and moving adventures to be had. For example, the continent is steeped in magic and the story is interspersed with political power games in the ancient city of Xin-Trea. Here the young princess Merwyn and the lowborn wizard Balor forge together to conquer the ultimate power on the continent.

But the real fireworks in the story come from seven colorful eccentrics, who are brought together by fate. Of course they try to prevent the evil plans of the princess and the wizard. Is the series worth watching? Although the special effects and the monsters are a bit disappointing, and the decor of the old town looks very cheap, it is compensated in a sense by the atmospheric use of the Icelandic landscape.

Opinions are divided among fans of the series. Some, especially those in Central and Eastern Europe, are furious at what they see as the series’ mutilation. This prequel deviates considerably from the storyline in the novels and other The Witchers films. The plot is, they think, compared to previous series, rather superficial and rushed. They also find the lavish introduction of characters who are not heterosexual and have a different skin color than the average actor in other The Witchers series contrived.

Netflix is ​​in dire straits right now, and if they want to grow, they need to do it outside of Europe, North America and the rest of the West. Worldwide, there are 130 million people with a Netflix subscription in 190 countries, half of them in the United States. Netflix may have wanted to make a flight forward with this series.

People who don’t look European live in most of the world and by choosing many characters who look like Africans, East Asians and Indians, you can also appeal to the rest of the world. In this way, Netflix could compensate the decline in the number of users in Europe and North America with growth in Latin America, Asia and Africa.

Actors The Witcher Blood Origin could do better

That makes good business sense, and also fits in with the multi-colored mosaic that is humanity. Although they should have hired better actors than some leading players.

There are also enough. Bollywood, for example, is world famous, Nigeria, Brazil and Hong Kong also have a thriving film industry and hundreds of millions of people around the world dream of becoming an actor. And actors with a foreign accent correspond to reality. For most people who speak English, English is a second language. They therefore speak with a clearly audible accent.

Little consideration for the preferences of the rest of the world

In that respect, the decision to introduce a lot of homosexuality is a bit less smart. Outside the West, and for that matter also in Eastern Europe, rather negative prejudices about openly gay people prevail. A little homosexuality, as in the rest of the series, would have sufficed. This way they can get used to the concept a bit in the rest of the world.

The world behind The Witcher Blood Origin

The various storylines in The Witcher are set in the spiritual universe of Polish writer Andrzej Sapkowski. In this world there is one large continent, the Continent, which is inhabited by humans and other humanoid intelligent species such as elves, dwarves and gnomes.

The humans are newcomers and have only inhabited the Continent since the collision of multiple universes. This event brought people and all kinds of monsters to the Continent. The other species have lived there longer. This Continent can be divided into four regions. Most of the stories are set in the northern region, the Northern Kingdoms. These are Aedirn, Cidaris, Cintra, Hengfors League, Kaedwen, Kerack, Kovir and Poviss, Lyria and Rivia, Redania, Temeria and Verden, plus a few more minor principalities.

To the south, across the mountains and the river Yaruga, lies the vast Empire of Nilfgaard. This empire is rather militaristic and aggressive. The writer may have been inspired by the great neighbors Russia and Germany. The desert-like eastern part of the Continent is largely unknown. The Far North is inhabited by a fur-wearing population that speaks unintelligible languages. These share their icy land with white dragons and (probably) mammoths. Then there are lands to the west, beyond the sea. This is dealt with.

His novels and stories revolve around Geralt of Rivia, one of the Witchers. They are beast hunters, a kind of outcasts with often non-human blood who are rather looked down upon by the rather racist inhabitants of the Northern Kingdoms. Witchers develop the supernatural abilities at an early age to fight dangerous monsters.

The series is extremely popular in Central and Eastern Europe. His books have also been translated into 36 languages, including Dutch, in addition to Polish. But the sales of his books really skyrocketed when the series was made into a movie on Netflix. Compared to 2018, he sold almost six times as many books in 2020.