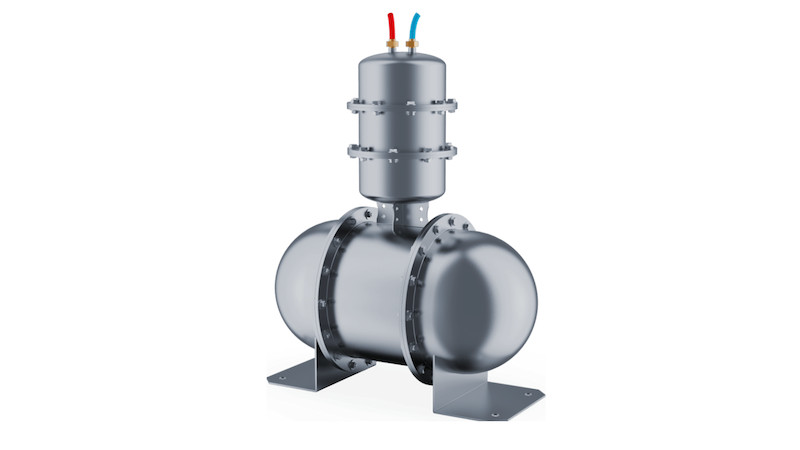 French start-up Equium has developed a heat pump that generates hot and cold air through a loudspeaker. Apparently, it does not require any refrigerant and should be available later this year.

Climate change and the Ukraine war are causing many citizens in Germany to rethink. Energy prices have been rising for the last year. Many bills are significantly higher. The reason for this is still the large number of households that rely on gas as their primary energy source.

But due to the high prices and state subsidies, a change seems to have begun. Many people replaced their old heating systems with heat pumps, for example. This is because the technology relies primarily on electricity and is often cheaper, despite the fact that prices have also risen. However, the systems are often limited by the use of refrigerants.

As a result, conventional heat pumps only work in certain temperature ranges. The French start-up Equium now set itself the task of eliminating this limitation. It developed a sound heat pump that requires no refrigerant and is powered by the sound waves from a speaker.

A hi-fi system is located in a container with helium. The sound waves hit the gas with a pressure of about 30 bar and compress or decompress it. The result is heat or cold.

The heat pump also contains a water circuit that heats up or cools down. This should allow water temperatures of up to 80 degrees Celsius.

Ready for the market this year?

Use as an air heat pump is also conceivable. The approach enables use with external heat sources in the temperature range from minus 15 to plus 50 degrees Celsius. According to the manufacturer, the first version of the system produces around three to four kilowatts of heat per kilowatt of electricity.

However, the company’s goal is eight to ten kilowatts. Despite the use of sound waves, the system works relatively quietly. The sound stays inside the pump. During operation, this only generates 30 decibels. This is equivalent to a whispered conversation. If everything goes according to plan, Equium would like to launch a first version in 2023.