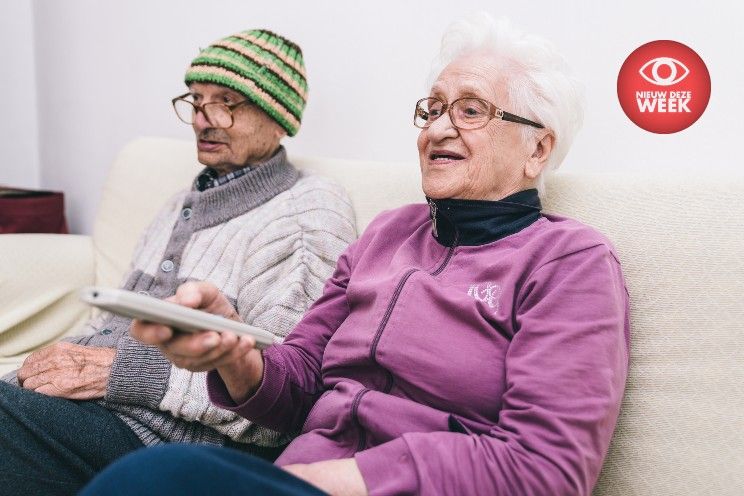 It’s the weekend again and we are only too happy to delve into all the beauty that the streaming services have in store for us. From movies and series to e-books and music on Spotify, New This Week has it all. Here you will discover the best new films, series, music and e-books.

After years of captivity, Morpheus, the King of Dreams, embarks on a journey across different worlds to recover what was taken from him and restore his power.

When a small-town con artist joins the local mafia with his manipulative brother, his obsession with karma and balance becomes hilariously relentless.

A man wakes up without being able to remember anything. A mysterious voice from a device in his ear sends him on a dangerous mission to rescue hostages.

London, 1960s. Alfred Pennyworth is a former British SAS soldier who recently left the armed forces and started a security company. The agency catches the eye of a young American billionaire named Thomas Wayne. Over the following years, Alfred and Thomas develop a close friendship, and Alfred eventually becomes the caretaker of his son, Bruce, after he is murdered.

The Professor and the Madman

The story of the creation of the OED, better known as the Oxford English Dictionary. In 1857, Professor James Murray begins the composition of the OED and, as chairman of the committee, tries to reach as many people as possible who can contribute to the ambitious project. One of those people, William Chester Minor, makes more than 10,000 contributions, after which the committee wants to honor the man for his work. However, Murray finds out that William is now locked up in a mental asylum after committing a murder.

→ Watch The Professor and the Madman

All or Nothing: Arsenal takes viewers behind the scenes of a pivotal season at one of the world’s greatest football clubs, as Arsenal focus on achieving national success and returning to the top European league. As well as capturing the highs and lows of life at the Emirates Stadium and the Arsenal Training Centre, the All or Nothing cameras will follow the Arsenal squad beyond the football pitch, exploring the daily challenges faced by elite athletes during the intensive calendar of a high voltage competition.

→ All or Nothing: Watch Arsenal

LIGHTYEAR shows the origin story of Buzz Lightyear, the hero who inspired the famous toy figure. The film follows the legendary equestrian after he and his commander and crew are stranded on a hostile planet 4.2 light-years from Earth. While Buzz tries to find his way home through space and time, he is joined by a group of ambitious recruits and his robot pet friend Sox. However, the mission is threatened by Zurg, an imposing figure surrounded by an army of ruthless robots. Zurg turns out to have a mysterious mission of his own.

In the remote border region between the Netherlands and Flanders, a pleasure yacht riddled with bullets is found on the Dutch side. At the same time, a mysterious wandering girl is found on the Flemish side. Rotterdam detective Tara Dessel and psychiatrist Bert Dewulf from Antwerp soon discover a connection between the two cases.

The Trip to Greece

Steve Coogan and Rob Brydon take another culinary journey together, this time to Greece. They follow the path of Odysseus, immersing themselves in Greek history and culture, while enjoying excellent local food. Along the way they discuss a variety of topics as usual, with a good dose of their quirky humor and an unprecedented wide range of impressions of world stars.

→ Watch The Trip to Greece

Jackson Silva is an aging jockey looking to win one more championship, but his many injuries are holding him back. The arrival of a young jockey who claims to be his son makes it even harder to fulfill his dream.

We have already given you a nice selection of the new range of streaming services, but there is of course much more New This Week. Are you looking for other new movies, series and music on these streaming networks? On our sister site Nieuw Deze Week you will find everything new on Netflix, Film1, Videoland, Ziggo, Kobo Plus, Pathé Thuis and Spotify! Our Belgian readers can visit Nieuw DezeWeek.be for the latest films and series on Netflix.