Mercedes Benz builds wind turbines with a capacity of 100 MW 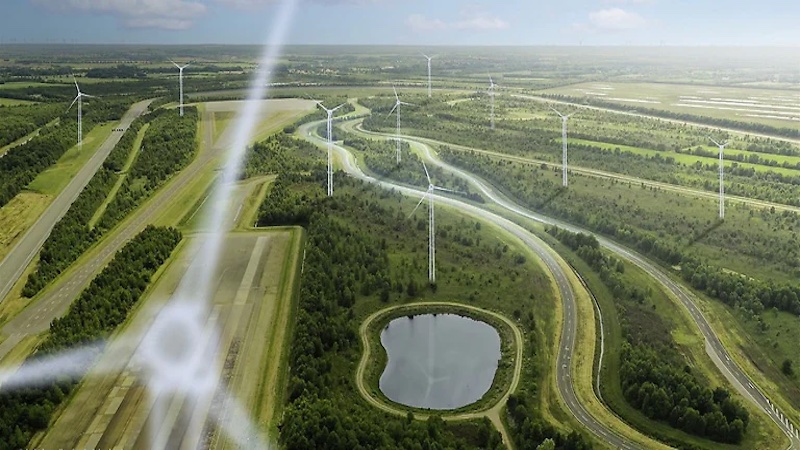 Mercedes wants to build its own wind farm to achieve its climate protection goals. Dozens of new wind turbines on the Mercedes test track in Papenburg are expected to generate around 100 megawatts of energy.

We have ambitious goals ahead of us in the fight against climate change. However, it will still be around 20 years before we operate in a climate-neutral manner. However, the current developments relating to more electricity from coal-fired power plants are making the goal shaky.

The expansion of renewable energies has been progressing steadily for years. A positive example now comes from the automotive industry. Then Mercedes wants to be on a test track in Papenburg soon to build a huge wind farm. The company does not give exact details. All that is clear is that the wind turbines should generate around 100 megawatts by 2025.

Mercedes wants to increase the green share of electricity requirements

This should help, among other things, to achieve the Group’s ambitious climate protection goals. Mercedes wants to halve all emissions by 2030. By 2039, the company wants to be completely climate-neutral again. In the best-case scenario, the project in Papenburg then covers 15 percent of the company’s total requirements. Then there are guidelines from the top management.

Because by 2030 at the latest, Mercedes wants to convert 70 percent of its production to renewable energies. The previous target was only 50 percent. Around 15 percent of this should then come from solar and wind power plants. From now on, offices and branches should only obtain energy from renewable sources.

About 36 new wind turbines for the Papenburg region

The last pillar of this transformation should be the company’s cars. Because from 2025 the group only wants to develop electric cars. Then combustion engines may just be a relic of the past. The company goals should be tangible through the various measures.

Mercedes does not reveal the exact number of turbines for the wind farm in the Papenburg Mercedes region. But if you assume an average wind turbine with an output of 2.75 megawatts, then around 36 new wind turbines should be built. There is more than enough space for this on an area of ​​around 780 hectares.