iPad mini with 8.4-inch screen will be released in March 2021 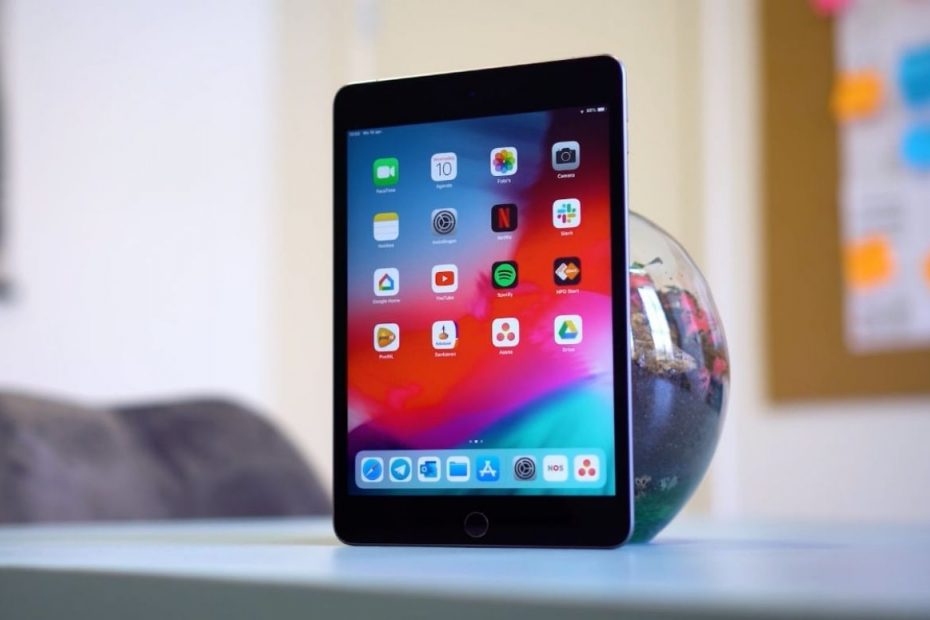 According to a rumor, Apple will in March, in addition to the two new iPad Pros, also a renewed iPad mini with a larger screen. The edges are expected to become a lot thinner and the home button will remain.

In March, according to a report by Macotakara, the sixth-generation iPad mini on the way. This small tablet will have an 8.4-inch screen in 2021. This is a bit bigger than its predecessor with a 7.9-inch display.

The iPad mini 2021 will not be drastically redesigned, according to the Japanese source. The iPad retains the top and bottom edges. The home button with Touch ID also remains. Macotakara’s report compares the design to the third-generation iPad Air.

Macotakara expects the new iPad mini to be presented sometime in March. This is in line with the expected iPad Pro 2021 announcement, which we also expect in the first quarter.

Reliable analyst Ming-Chi Kuo reported in May 2020 that Apple will release a new iPad mini in the first half of 2021 with a screen between 8.5 and 9 inches. Kuo could not share further details yet.

Even now, not many details about the iPad mini 2021 are public. For the time being, only the possible screen size is known. It appears that the edges of the new generation are getting thinner, resulting in a larger 8.4-inch screen.

According to a rumor, Apple will also release two new iPad Pros in March, in addition to the updated iPad mini. The largest model would get a mini LED screen, a new screen technology that ensures a longer lifespan. The smaller iPad Pro, on the other hand, retains its OLED panel.

The integration of mini LED is a persistent rumor. Insiders have been expecting the switch to this screen type for years. Mini-LED has several advantages over LCD and OLED, the current screen types used by Apple.