Night City from Cyberpunk 2077 -apkrig is created in Minecraft 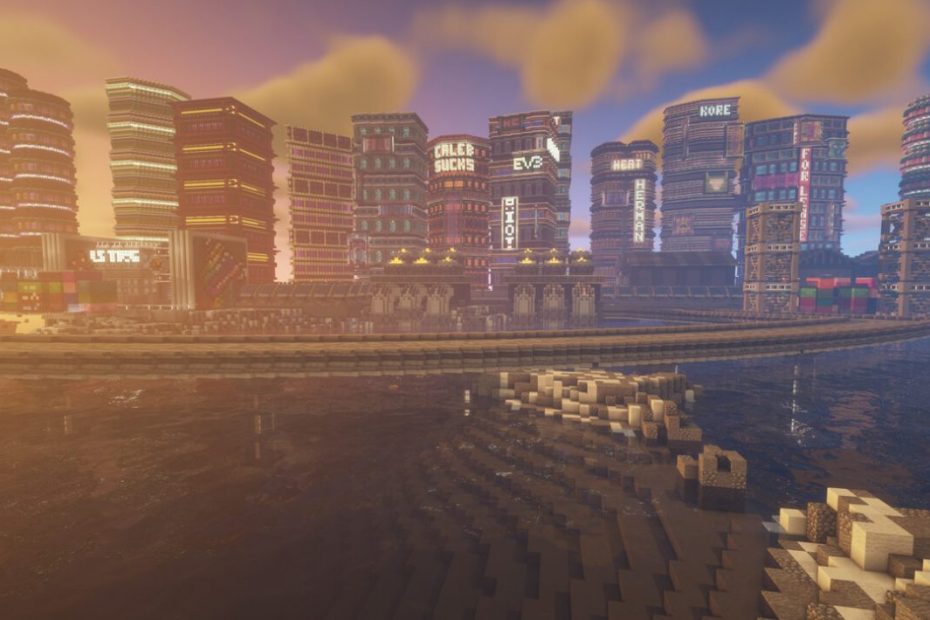 Even before Cyberpunk 2077 even hit the market, there were various attempts to move its world into the environment of Minecraft. Like any other world. Or projects focused on cyberpunk aesthetics in general. After the release of the game from the Polish studio CD Projekt RED, however, nothing prevents creative players from trying an authentic replica of Night City. And it was this task that two creators of the association undertook under the banner of CVP Official.

Their goal is to gradually build an entire city in Minecraft. Night City should be created in stages as part of several updates, and it must be emphasized that this complex mission did not start until 1 January. At this point, however, you can try the work-in-progress version yourself to see how the authors of the work are freehand. They did not set themselves a modest task.

Only on the Planet Minecraft website, where you can find this map, but there are also other thematic creations. For example, cyberpunk skins for characters or texture packs. And they don’t have to be inspired only by Cyberpunk from the CD Project, but also by Blade Runner. The so-called BladeCraft is one of the most popular, and it was created eight years ago. It will make you happy if you prefer a slightly darker cyberpunk than the Polish developers.

But other maps are also worth attention. For example, BorderTown from a user nicknamed PlasmaticStatic, Linefield Cyberpunk City from Stormspirit, Dumpster Diving from ThomasJ or Business Castle Town, who created a fan of 23182000. Pictures from these cyberpunk worlds can be found in the gallery below. Probably the biggest uproar, however, was caused by the Cyberpunk Project Timelapse more than a year ago. The map, strongly inspired by Cyberpunk 2077 and its city, does not seek to be a faithful reproduction of Nigh City, but a personal view of the subject.

A respectable 15 people worked on this map and the whole project took them an incredible two years. You can try it for yourself. However, the authors themselves point out that this is a very hardware-intensive project. And if you feel that your computer doesn’t even breathe, you can try versions with ray tracing turned on.

Maybe in the end it will be safer to enjoy only video or pictures. Various sources, not just Cyberpunk itself, served as inspiration for skilled fans. But many other things were simply invented by the authors themselves, they revealed in a recent interview for PC Gamer magazine.