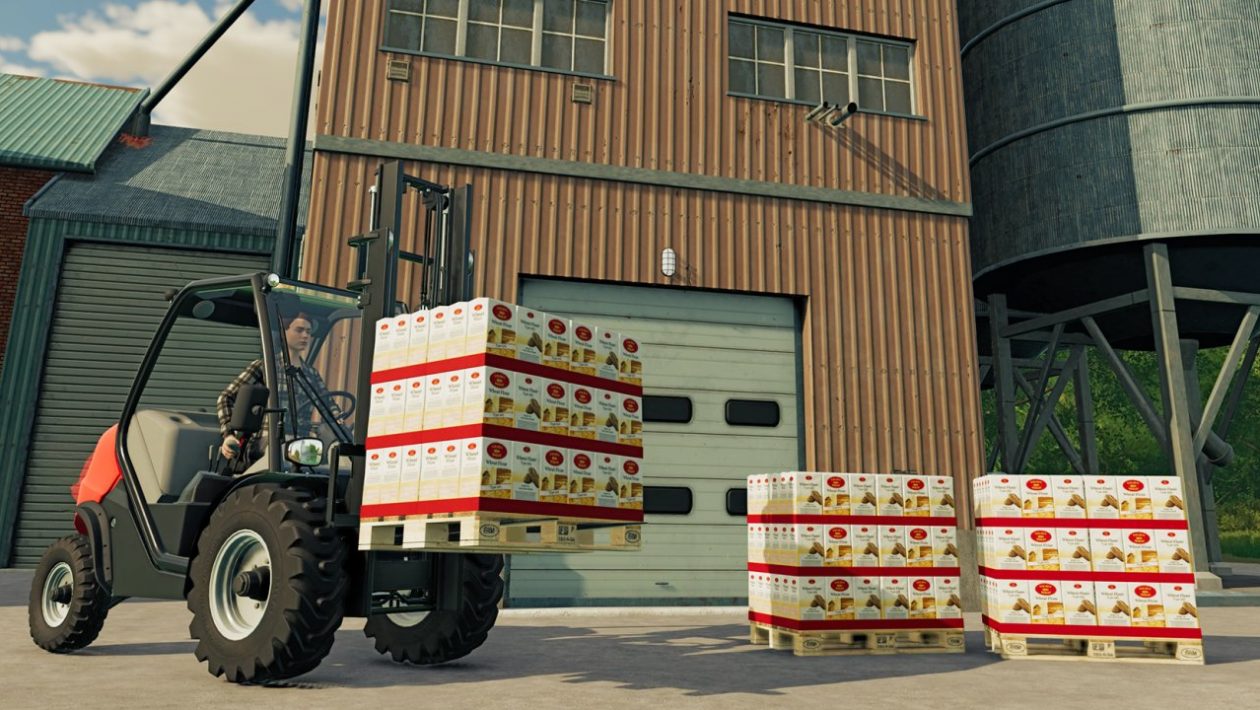 Developers from Giants Software bring more details about the upcoming sequel to the Farming Simulator series. The game announced in April this year wants to move the possibilities of digital farming again and offer players other interesting mechanisms beyond the care of their own farm. We used to be able to buy agricultural machinery directly, fulfill orders from other farmers or raise animals in addition to crops, but the new Farming Simulator 22 will go even further and open complex production chains associated with individual crops to the player. So far, the developers bring only an example of processing grain into flour and then into bread or cakes, but if there are more such chains, the economic nature of the series will deepen and players will be able to enjoy the farmer’s life even more comprehensively.

“We are adding a new economic layer to the Farming Simulator 22 game in the form of production chains. Players can deliver their harvested crops to various shops and businesses for processing. For example, a grain mill can now produce flour that is delivered to a bakery. This will start the production chain, which results in fine bread or a delicious cake, “the developers are attracted in a new press release. They further describe that, depending on the goods that the player wants to produce, he must first supply all the necessary raw materials – so for the production of the mentioned cakes, for example, butter or sugar. Subsequently, it is necessary to ensure distribution to points of sale – typically to the market or to the supermarket – which, however, may not exist in the region and the player will first build them himself. This will expand its activities, get more opportunities from a gaming point of view and benefit its business economically. Of course, none of this is forced to do, and it is understandable that the missing links in the chain can be negotiated.

“How you transport raw materials from one place to another is up to you. You will either transport them yourself if your company is able to handle such a load, or you will leave the hard work of other companies for a fee, ”explain the representatives of Giants Software. Of course, this applies to any part of the entire cycle, so as a result you can easily let the bakery decide what to do with baked breads and cakes, including own-account sales. On the other hand, it is still necessary to think about the fact that the player has enough means and resources in general, so that the production can work without problems and do not bring more harm than good. We have to wait for some more details about these mechanisms – the developers have indicated that this element is still in the preparation phase and the details will be released at the end of the summer before the autumn release.

Developers are attracted to it through a limited collector’s edition, in which it will be possible to purchase a PC version. The main bonus is the orange beacon, which can be connected to a computer and let it flash exactly when you turn on the beacon in one of your machines. In addition, the package will include a pair of posters, 24 stickers and also extended tutorials for making modifications, which is a bonus especially for those players who are not satisfied with the basic content. The latest report concerns a new map – Elmcreek – which is inspired by the American Midwest and is one of two completely new regions that the game will offer. The developers also added that they have updated the Erlengrat map, although we do not yet receive further information. We should learn more at the end of July, when FarmCon 21 will take place.