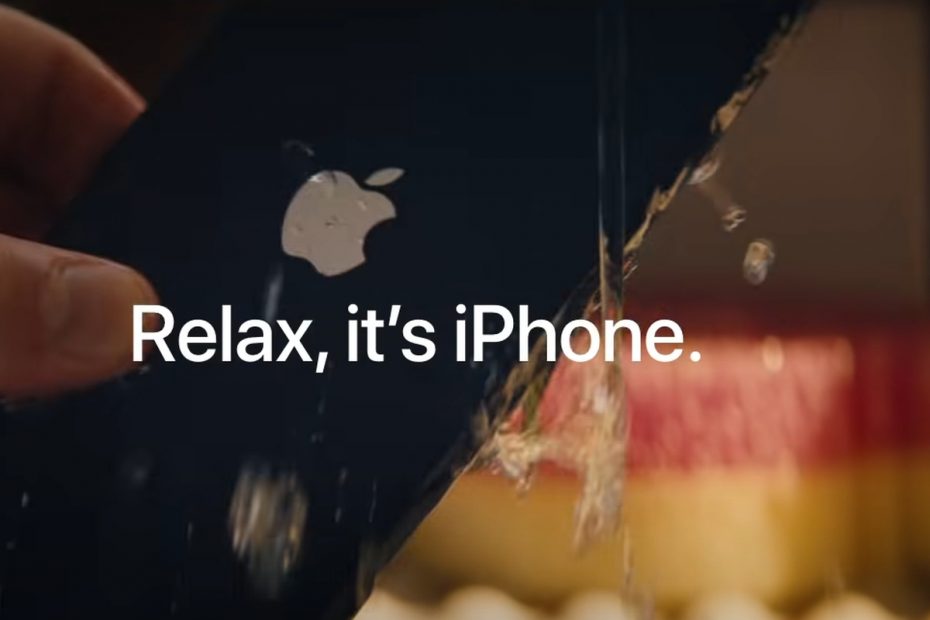 The latest advertisement for Apple iPhone 12 is both hilarious and a bit unlikely. Can that be blamed on Apple?

Apple is launching a new campaign this weekend with a funny commercial about the apparently indestructible iPhone 12. It shows a somewhat over-enthusiastic home cook exposing his expensive smartphone to some dire circumstances. Nothing to worry about, Apple claims, but is that actually the case?

With every new generation, Apple tries to signal that the iPhone is extremely damage-resistant. In the latest video, the billion-dollar company does that in a playful way. The home chef drops the iPhone 12 several times in Apple’s commercial, some milk splashes over it, flour covers the smartphone and so on. The man in question is very enthusiastic and therefore quite funny.

Now the slogan is ‘more sustainable than ever’ followed by ‘relax, it’s iPhone’. But does relaxation really apply to such accidents? In principle, a toppled pepper mill should not destroy a smartphone. However, we all know that the smallest accidents can sometimes cause enormous damage. At the same time, devices remain miraculously undamaged in case of meter-high falls.

Obviously it’s just a commercial and you shouldn’t take the scenarios too seriously, but maybe Apple is going a bit too far in terms of water resistance? According to some in the MacRumors forum, for example, Apple should not promote the water resistance of the iPhone 12. Damage caused by water is not covered by the warranty.

Now all iPhone 12 devices receive an IP68 rating. This means that in principle the device can be submerged 1.5 meters under water for half an hour. A short rinse under the tap really does not hurt.

In short, it appears that Apple’s advertising is reasonably truthful. I myself would be a lot more careful with the smartphone, though. But when you’re cooking so well, your enthusiasm can sometimes take over …