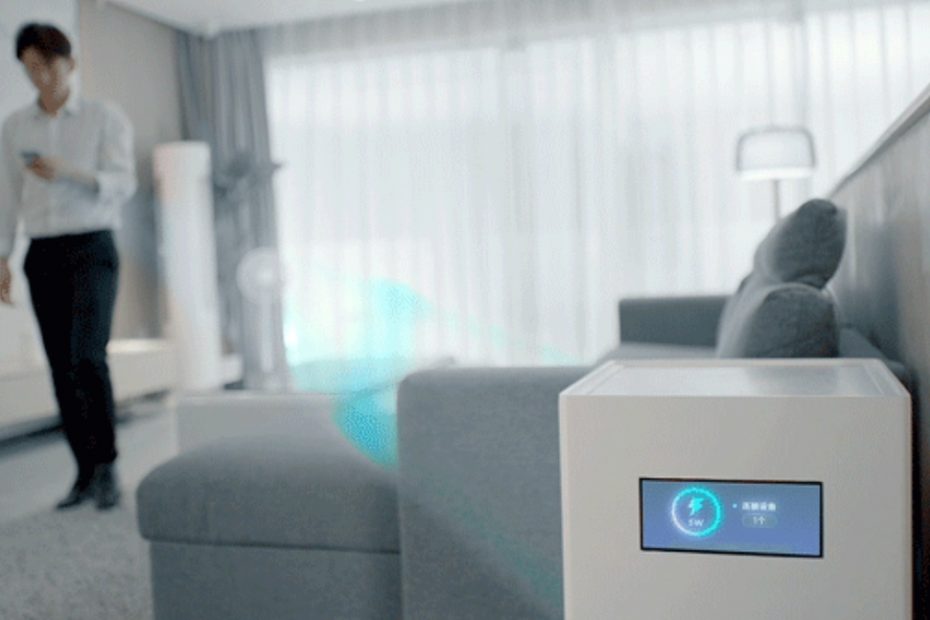 The Chinese Xiaomi may announce the next step in electronics with the Mi Air Charge. According to the company, they can charge smartphones (and soon other gear) wirelessly and from a few meters away ?! How does this sci-fi technology work and where can I draw?

In a blog post Xiaomi announces the potentially revolutionary Mi Air Charge. It is a sturdy cube that sends millimeter waves with 144 antennas to linked devices.

These devices receive the waves via a special bundle of antennas and convert the waves into electricity. Therefore, the Mi Air Charge continuously knows exactly where a smartphone is located. Your Xiaomi smartphone sends its exact location to the cube by means of an energy-efficient connection.

For the time being, the device can only charge a smartphone with 5W, which is considerably slower than the average wireless charger. But yes, what do you want, if there are literally a few meters between the device and the Mi Air Charge.

According to Xiaomi, ‘multiple devices can be charged at the same time’. Even physical objects between your smartphone and the cube wouldn’t disturb the signal. The idea is to also apply the concept to wearables such as smart watches. Presumably the antenna bundle is still a bottleneck due to its size.

If this technology goes mainstream, it will change the way tech will be used. Imagine that every restaurant, every train, every household has a wireless charging cabinet in addition to a Wi-Fi router. In other words, never again an empty phone and all the other tech that we eventually have in and around our body.

On the other hand, the question is of course what the consequences of such a cube will do to a person. The device uses microwaves that we also see in cellular technology, Wi-Fi, as well as microwave ovens. And since crazy people already say that 5G causes corona, it is only a matter of time before justified concerns and absurd assumptions come across here as well.

Xiaomi is not the first company to tackle this concept. On the other hand, there is not yet a single company that has commercially marketed the technology. For the time being, we have to wait and see. According to TheVerge, Xiaomi also does not plan to release the Mi Air Charge this year.