These apps and games are the winners 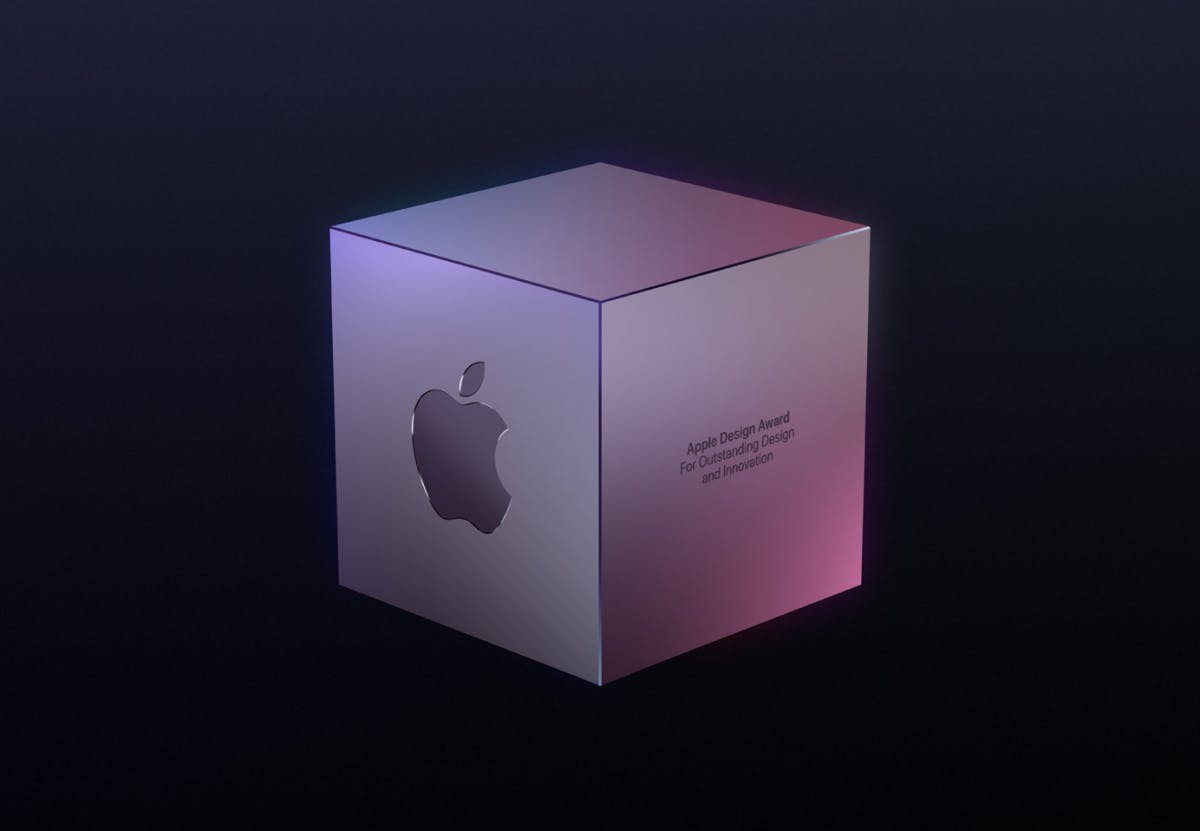 The winners of this year’s Apple Design Awards have been announced. The iPhone manufacturer has awarded two apps each in six new categories. This means that twelve developers and studios can look forward to the award.

The company from Cupertino in the US state of California presents the Apple Design Awards once a year. However, he reserves the right to subject the categories to constant change. The awards made in one year cannot be compared with those of the previous or following year.

In 2021, Apple chose the categories of innovation, visual and graphic design, interaction, fun and enjoyment, inclusion and social influence. What has not changed are the selection criteria.

The Apple Design Awards recognize innovation, ingenuity, excellent design and outstanding technical performance – in the eyes of the expert jury. Susan Prescott, responsible for developer relations at Apple, is enthusiastic: “This year’s winners of the Apple Design Awards have redefined what we expect from a great app experience and we congratulate them on their well-deserved victory”. The work embodied the “essential place that apps and games have in our everyday lives,” said Prescott.

In the inclusion category, those apps had the best chances that, thanks to their particularly low-threshold access, are suitable for a particularly large number of users, for example by supporting people with different backgrounds, skills and languages. The winners are:

The Voice Dream Reader is a text-to-speech app that reads text from almost any digital source aloud. It does not matter whether it is a PDF, a website or an eBook. The app can read aloud in more than two dozen languages ​​and should be particularly flexible to adapt to personal requirements. So everyone can choose the right voice for him or her with the perfect tone, timbre, accent and speed for an optimal reading experience. 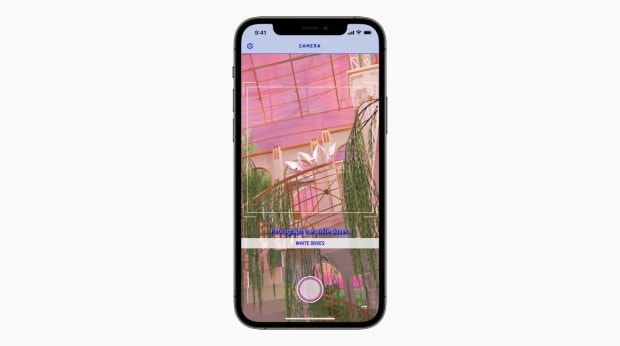 HoloVista is a game in which a house can be discovered with the camera and in 360-degree views. In addition, it supports a wide variety of accessibility features, including options for motion control, text size, text contrast, tone, and intensity of visual effects. Targeted interactions and considerations help achieve gameplay that can be experienced and perceived in more than one way.

In this category, Apple rated the fun factor highly, but also made sure that Apple technologies in particular were used for this. The winners are: 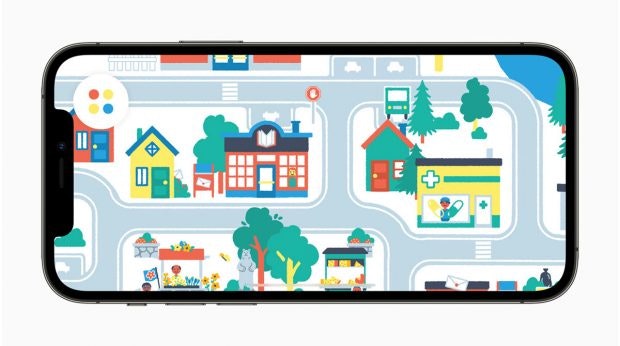 “Pok Pok Playroom” is a playfully animated app that won over the jury with its design and interactions. The game for rather small children shortly before or in kindergarten age relies on a subtle feel and sound effects. Creativity and experimentation are rewarded. In terms of content, it is a small collection of different, simple games. 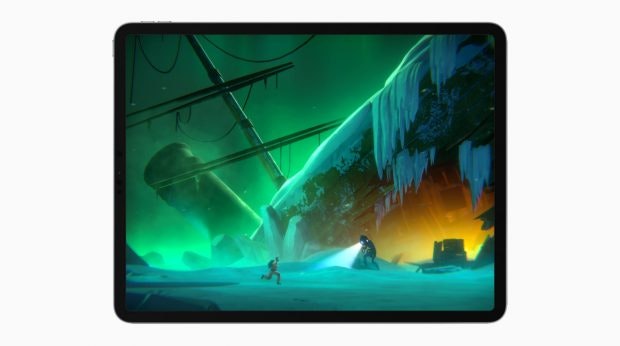 The Apple jury found the simple controls, the excellent storytelling and the console-like experience particularly praiseworthy about “Little Orpheus”. In terms of content, it is a side-scrolling adventure in the style of classic jump-and-runs, but with significantly more detailed graphics.

In the Interaction category, Apple paid attention to intuitive interfaces and simple controls. The winners are: 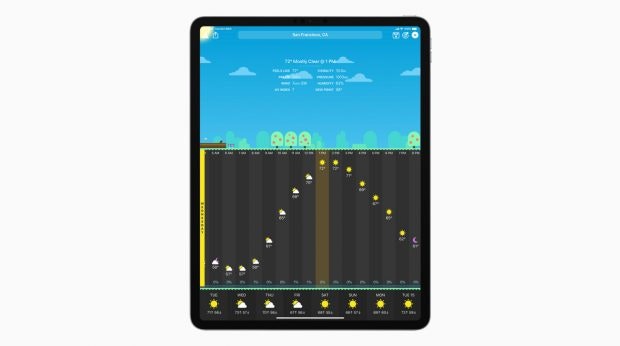 Carrot Weather is a weather app. Apple appreciates the “humorous predictions” and the “unique look” that a recent design update has made easier in a good sense. Homescreen aficionados may be happy about the multitude of available weather widgets. There are a few watch faces for the Apple Watch, but they are based on the ones that already exist. 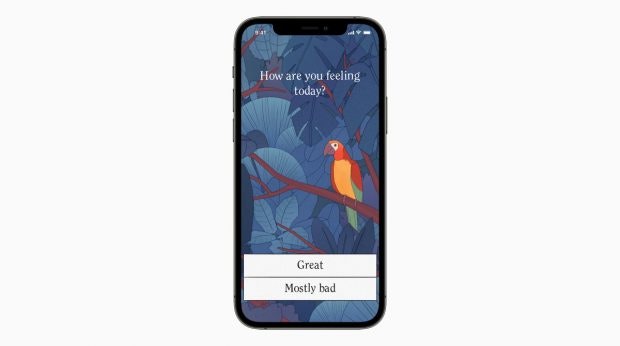 The expert jury was impressed by the interactions of “Bird Alone”. Gestures, haptics, parallax and dynamic sound effects gave the gaming world a special charm. In addition, it is brought to life through “the clever integration of messages, graphics and music”.

In terms of content, it is a rather philosophical title, which is about exchanging ideas with a lonely bird about questions of human existence.

Apps from this category are intended either to improve people’s lives in a meaningful way or to draw attention to important topics. The winners are: 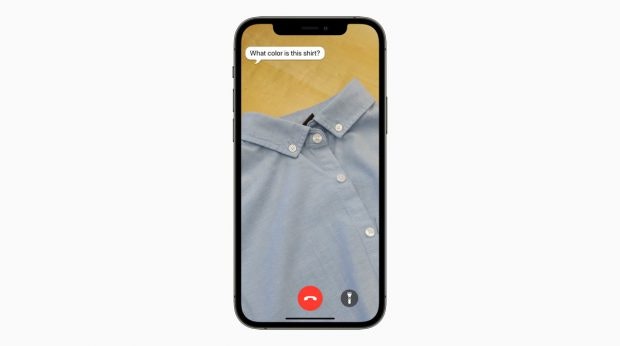 Developer: S / I Be My Eyes (Denmark)

Be My Eyes enables blind and visually impaired people to see objects. To do this, she brings them together with volunteers from all over the world via the camera. The app has managed to bring together more than 300,000 blind and partially sighted people with more than 4.5 million volunteers in more than 150 countries and with over 180 languages.

The typical questions are of an everyday nature. For example, those looking for help can hold a milk carton in the camera and ask whether the best-before date has expired. If you don’t have helpers around you can certainly benefit from the app. 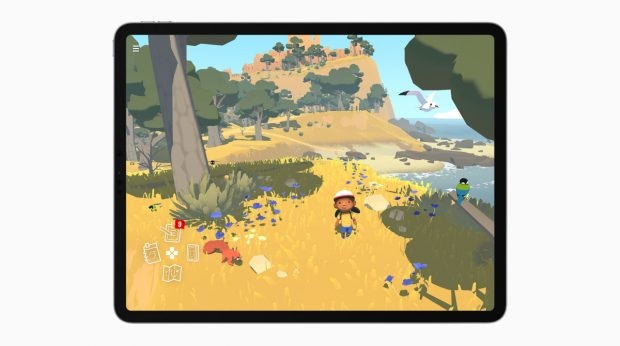 When a nature reserve on a Mediterranean island is about to give way to a hotel, protagonist Alba, who is very similar to the popular Bob the builder, saves the local wildlife, repairs the bridge in the nature reserve and clears up the rubbish in the city.

This classic collecting game aims to create a positive feeling for environmental protection. At the same time, it tells a story about family, community, activism and charity. For every copy of the game downloaded, a tree will be planted to support a reforestation project in Madagascar.

This category is about impressive displays. According to Apple, it has awarded an app and a game that combines breathtaking images, skilfully drawn surfaces and high-quality animations to create a distinctive and coherent look. 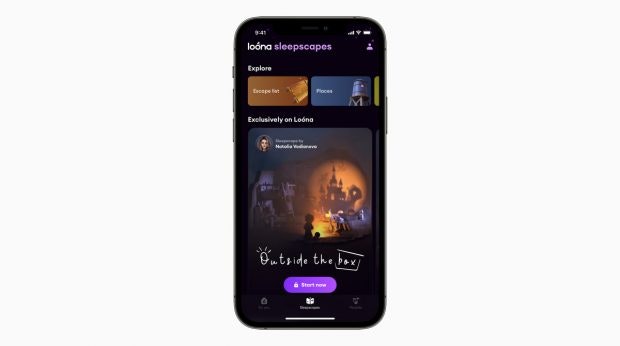 Loóna won over the jury because of its appearance. This is part of the concept, but not the main point of this app. Rather, Loóna wants to prepare you for a relaxed sleep all day long. This is certainly not for everyone. But those who can get involved should develop a generally more relaxed attitude towards life. The animated sleep scenes combine relaxing activities, stories and atmospheric sounds. 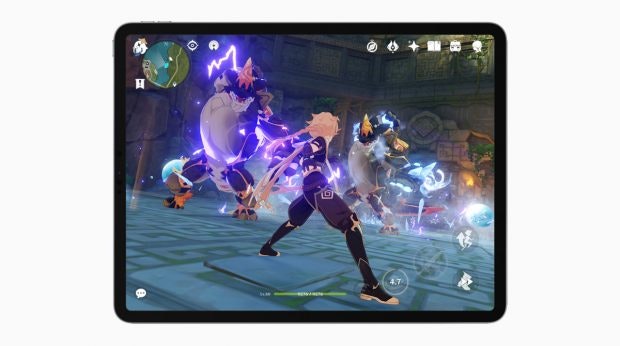 Not much needs to be said about “Genshin Impact”. The multiplayer game offers terrific graphics with crisp battle scenes, extensive landscapes and cities that have been designed with great attention to detail. Apple’s assessment that it pushes the visual boundaries for mobile games is not exaggerated.

Players have a good amount of control over the optics. Motion blur, shadow quality and frame rate can be reconfigured during the game. This works in all scenarios and regardless of the specific game situation.

In the Innovation category, Apple honored apps that make use of the latest Apple technologies and use them in new ways. 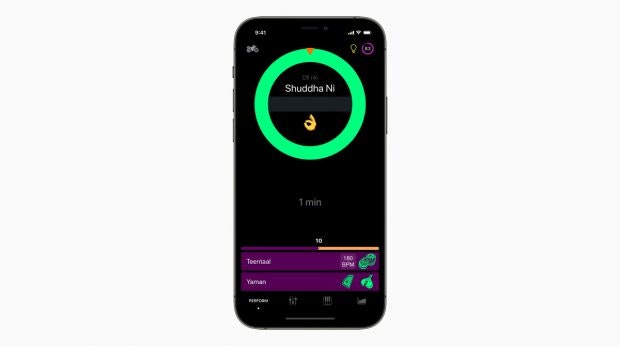 NaadSadhana is an all-in-one music app designed to help musicians of all styles and skill levels perform, record and publish their music. All of this should be done in studio quality and with a fully automatic orchestra made up of ten instruments.

After NaadSadhana first became known as an app for practicing classical Indian singing, it has expanded to include seven other musical genres. Using Artificial Intelligence and Core ML, the app listens when a vocal line is improvised. Then it gives instant feedback on the accuracy of the notes and generates a suitable backing track – all in real time.

The app will still be a lot of fun for fans of Indian music, because the instruments mainly come from the repertoire of Asian orchestras. 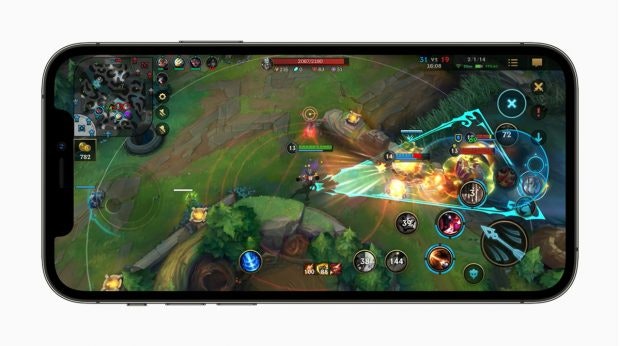 League of Legends: Wild Rift brings a complex PC game to mobile devices. The team at Riot Games redesigned the title from the ground up. Among other things, players should immerse themselves completely in the League of Legends universe through a touchscreen control specially designed for mobile devices and an auto-targeting system that helps newcomers to find their way around.

Whether the awarding of the award to Riot is a small swipe at the conceptually similar Fortnite, with whose developer Epic Apple is fighting a battle in court, remains unclear – but it is conceivable.

In addition to the award, there is also hardware

In addition to the award, which is available as a beautiful copy for the bookshelf at home, this year’s winners will receive a “package with Apple hardware”. They should use it to develop “great apps and games in the future too”. The group has not yet revealed what is in this package.

Further information on this year’s winning apps and games, as well as the shortlisted finalists can be found on the website for the Apple Design Awards.