the true Netflix competitor has arrived 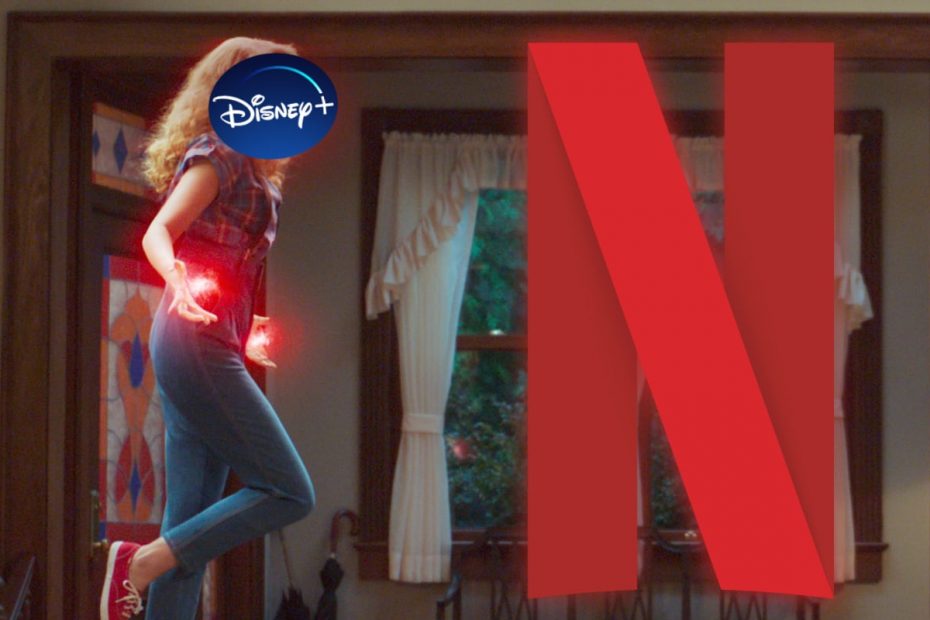 In the early years after the launch of Disney Plus, the streaming service rippled on a bit. In 2021, however, Disney Plus will emerge as a true Netflix competitor.

Disney Plus 2021: a true Netflix competitor

Disney Plus hasn’t had the best start. A year ago we even wrote in the review update: ‘after eight months we regret our annual subscription’. That’s because there simply wasn’t much to see. But then we also wrote that Disney had a lot of plans for the future, and that future is now.

For the past few months we have been able to enjoy WandaVision every week, a series that really does something new. A series that also leaves us weekly with a lot to speculate about, in a way we haven’t had since Lost.

WandaVision is about superheroes Scarlett Witch (Wanda Maximoff) and Vision, who seem to be stuck in American sitcoms over the years. This means, among other things, that the first episodes were broadcast completely in black and white, and were even recorded with a live audience. The result is amazing. Especially because it shows that Disney dares to do new things with television format.

Disney announced at the end of last year that it would focus on streaming due to the corona crisis. The cinemas are closed and people stream at home a lot. That is causing a huge shift in the film industry. Just look at 2019, before corona started. The top six most profitable films came from Disney. With Marvel, Star Wars and Pixar in the bag, the company is unstoppable.

These extremely successful brands are now being converted to television series for Disney Plus. We have already enjoyed two seasons of The Mandalorian last year. That was good, but one series says little, especially when there is hardly anything else to see. With WandaVision, Disney proved that The Mandalorian was no fluke.

That gives confidence in the future of the streaming service, with the unprecedented number of series that are still to come. Once WandaVision is ready, The Falcon and the Winter Soldier will start, then Loki. Many more series will be added later with characters from the Marvel Cinematic Universe, Star Wars and well-known Pixar films. Think of Ms. Marvel, Hawkeye, Andor, Moana, She-Hulk and Obi-Wan Kenobi.

In addition, Star is available on Disney Plus starting today (Feb. 23). The service thus gets a bizarre ditch of content, where family-friendliness is no longer the main focus. Disney Plus is also working on European originals. The first Dutch original is a documentary series about Feyenoord.

Also, don’t forget that brand new movies are appearing on the service. The beautiful new Pixar film Soul was immediately available to all subscribers last Christmas. Mulan previously appeared for an additional price with Premium Access, as did the new animated movie Raya and the Last Dragon in March. That extra price may well be a lot lower, but luckily the films can also be viewed later without extra costs.

Disney Plus has developed into a rock-solid platform, and Netflix’s first really formidable competitor on the streaming market. Amazon is of course also doing very well, with more and more original content and a low price. Still, the real power of these streaming services is in the originals and Disney’s turn out to be an absolute must watch.

Now it is not that Disney is a small player that fights against the big Netflix, but on the streaming market Disney Plus is the first player that can really scare Netflix. That is good news for us, because it will hopefully ensure more good series of all services. And hopefully more series such as WandaVision that do something completely new.

More about Disney Plus

On iPhoned you can read at the beginning of the month what will be added to Disney Plus, Netflix and Apple TV Plus that month. Check out our tips for February now. Keep an eye on us or subscribe to our newsletter for future editions.