the new design of the connected bracelet has been unveiled 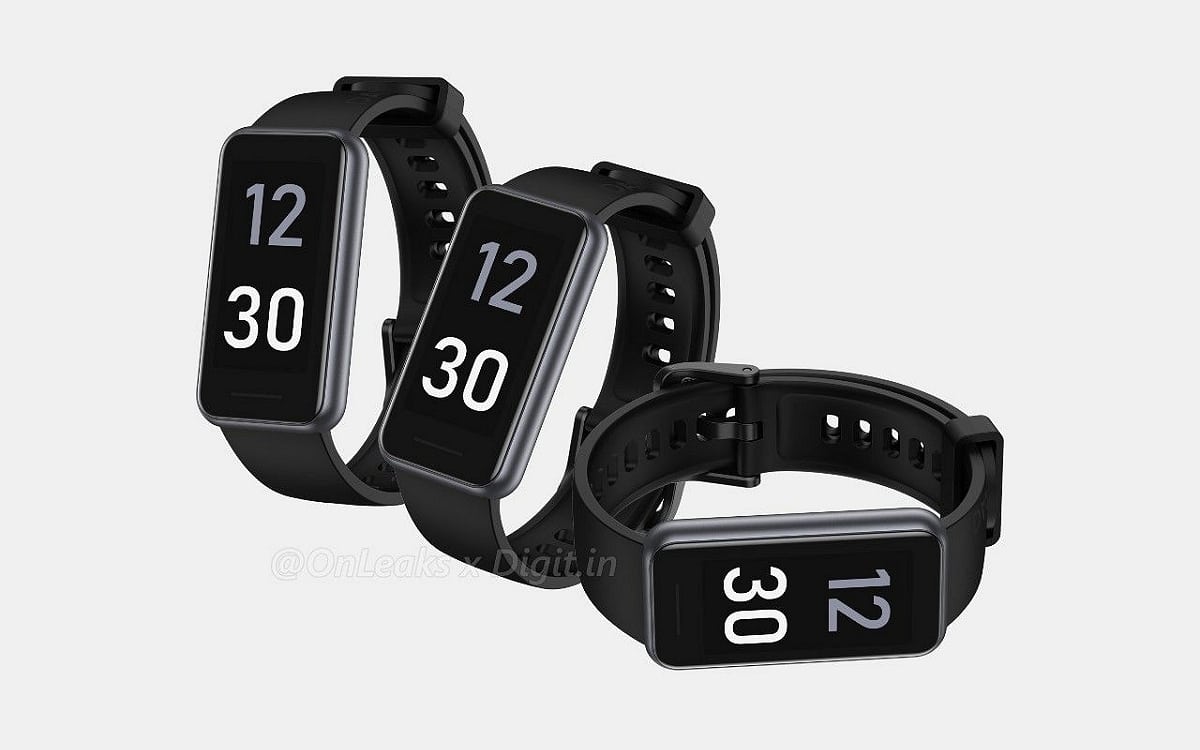 Realme should soon unveil its new connected bracelet, which will succeed the Realme Band from last year. The OnLeaks leaker has already revealed what the Realme Band 2 will look like.

According to information from OnLeaks, the Realme Band 2 is a significant improvement on the original Realme Band, especially in terms of the screen. Indeed, it now benefits from a 1.4 inch screen, compared to a 0.96 inch screen on the previous generation. The connected bracelet looks a lot like the Huawei Band 6, which we were able to test.

On this generation, Realme also reportedly decided to remove the home button, which means the experience should now be fully tactile. The bracelet should measure 45.9 x 24.6 x 12.1 mm, which makes it bigger than the first version.

What do we know about the features of Realme Band 2?

From the images of OnLeaks, it can be seen that the bracelet is equipped with optical sensors that will allow monitoring of the heart rate. According to Digit, the fitness tracker could be equipped a blood pressure monitoring sensor and an SpO2 sensor, as is already the case with its competitors.

Indeed, the most popular bracelet on the market, the Xiaomi Mi Band 6, is already equipped with a heart rate monitor that emits a green light and an oximeter (for measuring the level of oxygen in the blood or SpO2) which lights up red. The new Redmi Band 2 is therefore expected to align with the features offered by Xiaomi’s bracelet.

Bluetooth 5.1 is supported, which is another big improvement over the original Realme Band which offered Bluetooth 4.2 connectivity. Finally, the bracelet could introduce charging using pogo pins, which could greatly facilitate the recharging process. On the previous generation, you had to remove the rubber strap to connect a USB cable.

As of yet, it’s unclear when Realme Band 2 will premiere, but the launch should take place in the coming months. Just like the first generation, the new bracelet is also expected to be sold in France. As a reminder, it was offered at 24.99 euros, but Realme could revise the price upwards for the next gen.