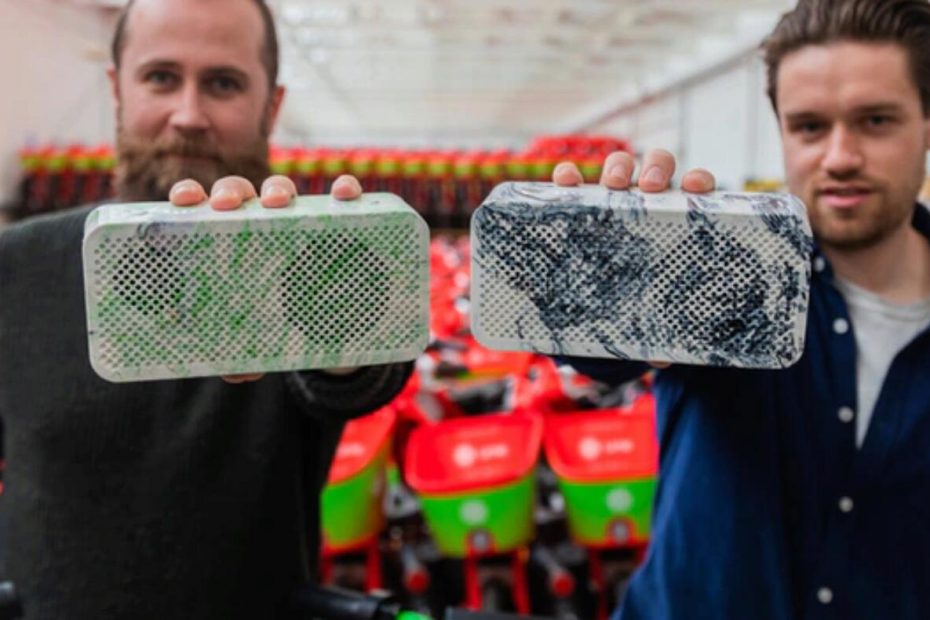 Wireless speaker with 25W power, average dimensions, AUX input options, twenty-hour endurance, the Bluetooth 5.0 standard… Do you think that we describe every second “speaker” from the current offer of various brands around the world? These parameters do not really deviate much, however, the new Gomi Speaker, the main actor of an interesting project on the Kickstarter server, is trying to attract attention with something else. Original and noble. It is made mainly from recycled materials. And not only in the case of packaging, but also parts of the equipment hidden in it.

The Gomi speaker project originally aimed at around five and a half thousand dollars. The deadline was April 1. At this point, however, it is clear that the event will be successful. At the time of writing, approximately $ 45,000 has been collected. Gomi Speaker has earned such popularity on the Kickstarter server mainly because of his body made of reused plastics, pulled out of the sea, for example, and the batteries come from the famous Lime scooters.

In addition to the already mentioned, the hardware specifications include two converters (bass and treble), fast 15W charging (full charge in 2 hours) or the option connecting two pieces to the stereo. The speaker is available in Black & White, Blue Ocean, Lime Green and Birthday Cake and measures 198 x 92 x 62 millimeters. For the fastest candidates and supporters, it could be ordered for $ 129, ie about CZK 2,800.

Currently, the price for one piece is $ 149, that is about 3,300 CZK. However, it is accompanied by a lifetime warranty, which means that the authors of the project want to underline the commitment to the sustainability of materials and appliances. Gomi has already completed projects for the production and sale of a power bank and wireless charger. They had the same ecological mission.

How much are you willing to pay extra for organic products?