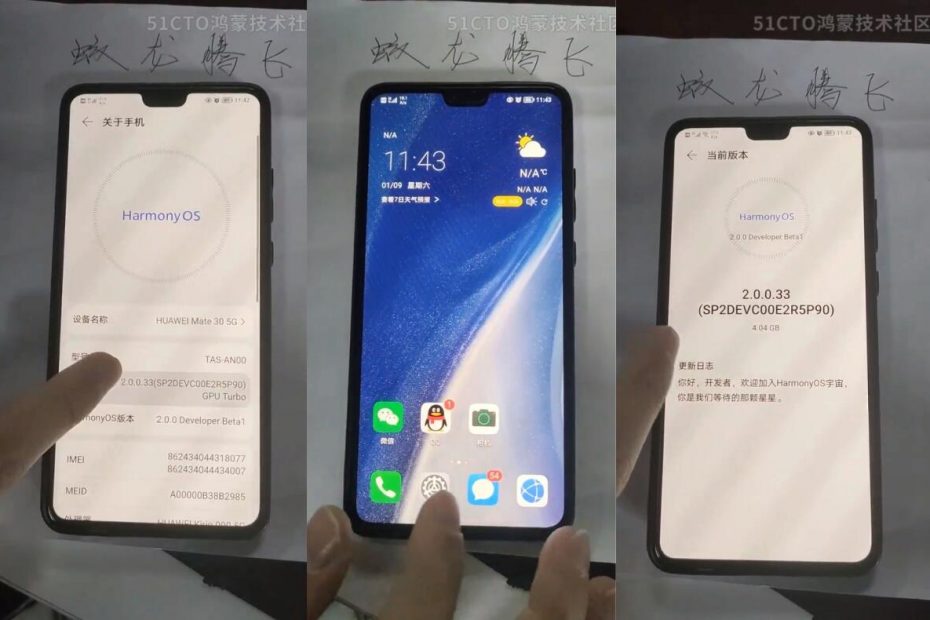 The Chinese company Huawei continues to develop its own HarmonyOS operating system. One of the most important milestones it is currently overcoming is its support in mobile phones. At the end of last year, there was talk of launching beta testing in the first mobile phones and now we also have visual evidence. Posts confirming that the latest HarmonyOS have started to appear on the Weibo social network runs on Huawei P30 and Mate 30 Pro phones selected beta testers.

There is not so much to see. Apart from how Android apps are fluid. I doubt that they are native apps.
However, what could make Harmony OS so fast to running android apps? Can’t wait to discover 🙂 pic.twitter.com/yyiVbHztza

Specifically, one video shows that the phone runs on this software innovation, which has the potential to compete with Android and iOS over time. The system should have a lot in common with Android. It has even been speculated that it will only be a modified offshoot. That is not true in the end. After all but they are quite similar, as Huawei also applies the EMUI extension when using both bases. The video shows the new system “overlaid” by EMUI 11. In the mentioned mobile phone Classic Android applications work seamlessly. This, of course, would be a huge advantage in a possible worldwide launch. We look forward to further development results. HarmonyOS 2.0 is currently enjoyed in China by selected users of the Huawei P30 and Mate 30 Pro models.

Are you a fan of HarmonyOS development?