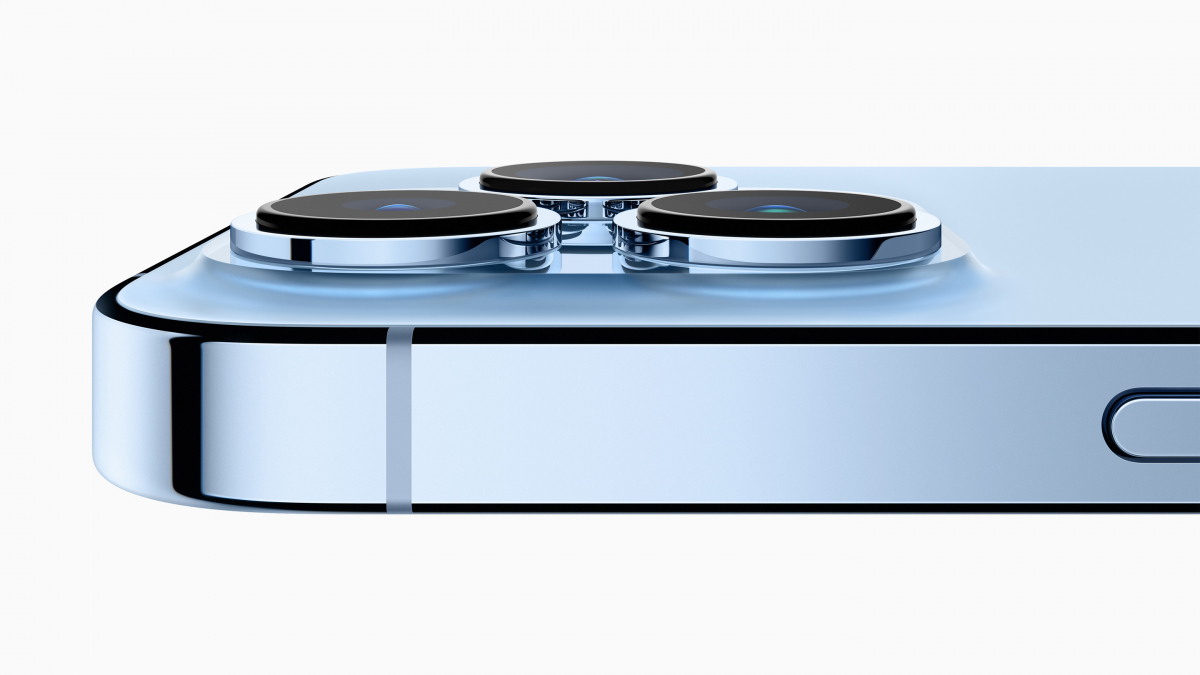 Apple has officially unveiled its new iPhone models. This is in the four different versions from iPhone 13 Mini to iPhone 13 Pro Max – this is how they differ.

After a small corona-related dropout last year, Apple used September 14th to unveil its new generation of iPhones. The optics are largely based on the iPhone 12 series, but Apple has stepped up here and there in terms of equipment. Once again, the series consists of four devices, two of which are in the basic and two in the Pro class.

The iPhone 13 Pro from the side. (Screenshot: t3n; Apple)

Apart from the new ordinal number, the four iPhone 13 models have the same additions as the 12 series: The smallest model with a 5.4 inch screen is still the mini, the second basic version has a 6.1 inch display just as big as the iPhone 13 Pro. The Pro Max easily towers over the three siblings with its 6.7-inch AMOLED display. 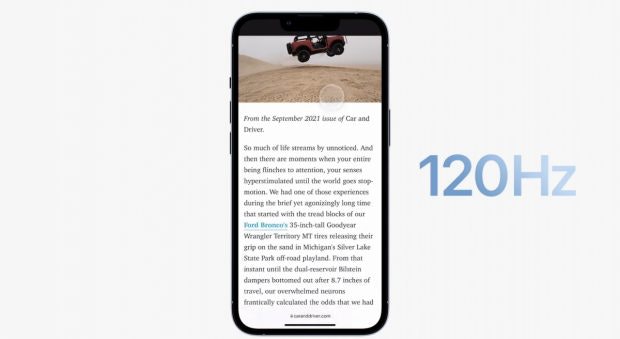 As already suspected last year with the iPhone 12 Pro, Apple has finally equipped its Pro models with an adaptive refresh rate of 120 Hertz. This means that the devices are on par with the iPad Pros, which have been using the so-called promotion display for a number of years. The higher repetition rate enables fluid scrolling, greater responsiveness and smoother movements, according to Apple. The maximum brightness of the screen should be 1,000 nits and is 25 percent brighter than its predecessor. In terms of resolution, the 13 Pro has 2,532 x 1,170 pixels at 460 ppi, the Pro Max has 2,778 x 1,284 pixels at 458 ppi. 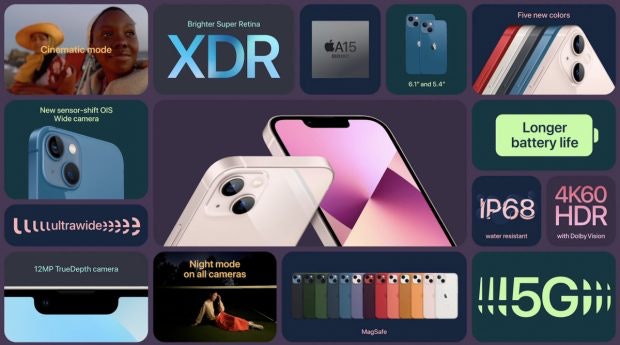 The key data of the iPhone 13 display. (Screenshot: t3n; Apple)

Differences between Pro and Non-Pro can be seen not only in the display, but also in the case: As last year, Apple has given the Pro versions a stainless steel frame, the cheaper versions come with an aluminum frame. As expected, the Face ID notch on all models has been reduced by 20 percent in order to provide more screen space.

The heart of the iPhone 13 models: A15 Bionic

All new models are powered by the new A15 Bionic, which Apple says is faster and more energy efficient than last year’s A14 Bionic chip. Apple also states that the chip is 50 percent faster than the competition. Like the A14 from last year, the A15 is again manufactured using the five-nanometer process and has two high-performance and four low-efficiency cores. In terms of graphics, the new chip is up to 30 percent faster than the competition. However, Apple does not indicate which processors were used for comparison. 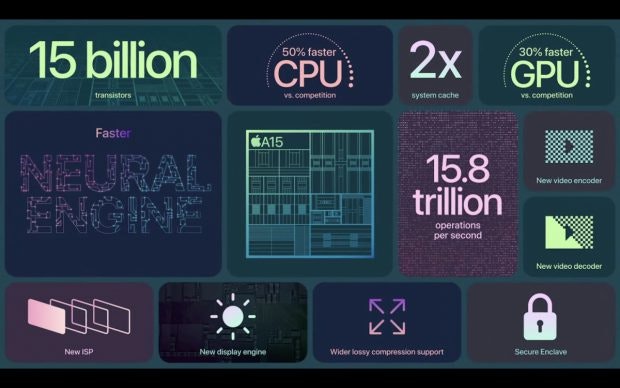 The key data of the A15 Bionic at a glance. (Screenshot: t3n; Apple)

According to Apple, the A15 chip in the base models has one less GPU core than the Pro models. As a result, the top models have, among other things, additional camera functions. There are probably no differences in the neural core engine, which has 16 cores and achieves up to 15.8 trillion operations per second.

Dual and triple: the cameras of the iPhone 13 series

The dual camera of the iPhone 13 models have received a new diagonal sensor arrangement. It is the best dual camera system on the market, according to Apple. Both sensors have a resolution of twelve megapixels each, with the wide-angle having an f / 1.6 aperture and the ultra-wide-angle camera with an f / -2.4 aperture.

What all iPhone 13 models have in common is sensor shift stabilization, in which not only the lens but the entire sensor is stabilized. This technology was introduced with the iPhone 12 Pro Max last year.

The iPhone 13 Pros with a triple camera on the back, which have also received a new arrangement, also boast. However, the new sensors are more relevant than the optics: The wide-angle camera comes with an f / 1.5 aperture and increased light sensitivity by a factor of 2.2. The ultra-wide angle sensor has an f / 1.8 aperture and a lens with six elements. It also serves as a macro camera to record objects of up to 2.5 centimeters. The macro function can even be used when filming and is also capable of slow motion. The third camera in the group offers three times optical magnification with a 77 millimeter zoom. According to Apple, the sensors are able to collect 47 percent more light, which leads to less image noise and more brightness.

One of the new functions for all models is the so-called “cinema mode”, which is supposed to enable videos in Dolby Vision HDR like big movies, explains Apple. The mode enables fast focusing from the foreground to the background and vice versa. Furthermore, all iPhone 13 versions support the editing of the depth of field effect in a video even after it has been recorded. All models also support the recording, editing and sharing of videos with 4K quality at up to 60 fps on all cameras. 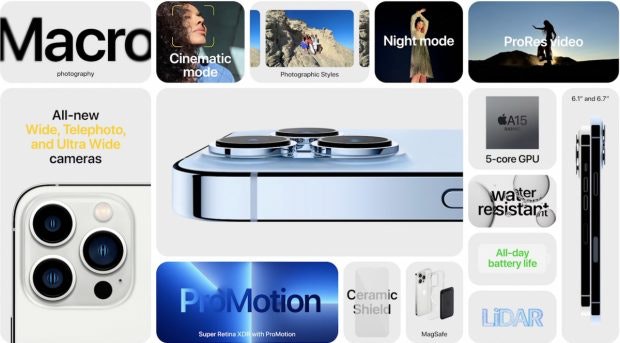 Continuous Pro workflows in Dolby Vision and ProRes are also Pro-Exclusive on both models, but these will only be submitted later via update. ProRes is a video codec that “has proven itself as the final output format for commercials, films and TV programs and offers higher color fidelity and lower compression,” explains Apple. 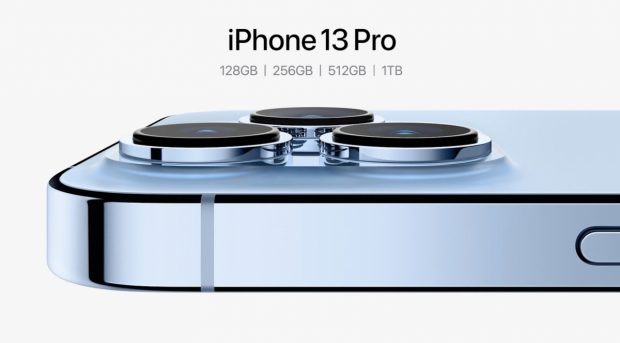 The iPhone 13 Pro comes with up to a terabyte of storage. (Screenshot: t3n; Apple)

Something has changed not only with the cameras and the computing power, but also with the memory and the battery. The basic models start at 128 gigabytes instead of 64 gigabytes and go up to 512 gigabytes. The Pro versions also start at 128 gigabytes, but for the first time they can be upgraded to up to one terabyte of flash memory. The storage variants at a glance:

Thanks to the redesigned interior, Apple has also created more space for the batteries. The Mini and iPhone 13 Pro should offer up to 1.5 hours more runtime, while the 6.1-inch base model and the iPhone 13 Pro Max should last 2.5 hours longer than their predecessors without recharging. The protection against water and dust according to IP68 remains unchanged. 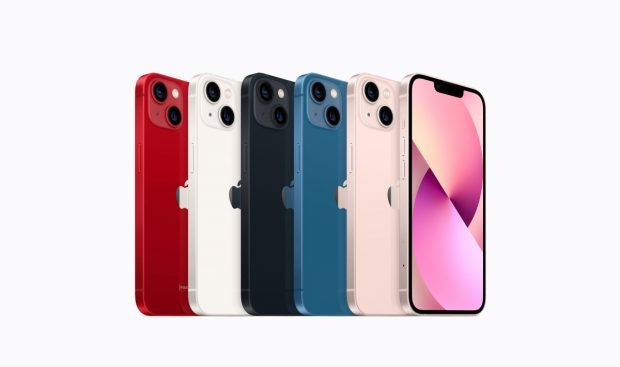 The iPhone 13 starts at 899 euros, the iPhone 13 Mini from 799 euros. They are available in the colors rose, blue, midnight, Polarstern and (PRODUCT) RED. 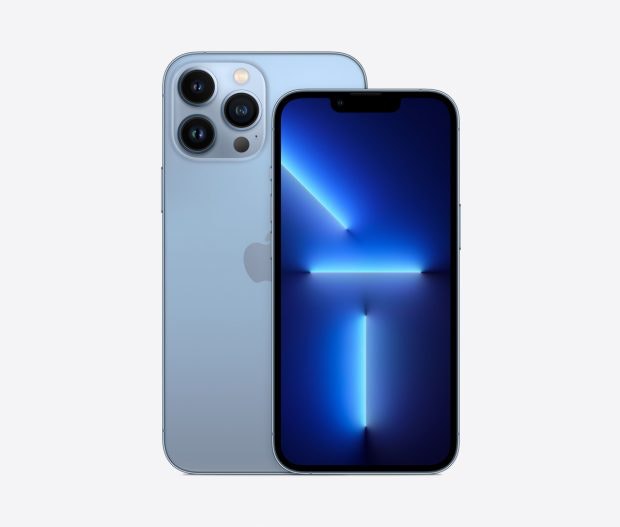 iPhone 13 Pro and Pro Max come in the four colors graphite, gold, silver and the new Sierra blue. The small model costs from 1,149 euros, the Pro Max from 1,249 euros. For the Pro Max with a terabyte of storage, Apple charges 1,829 euros, the Pro is 100 euros cheaper with the equipment option. All models can be pre-ordered from Friday, September 17th and will be available from Friday, September 24th.