Squid Game: The Crazy Numbers Of The Netflix Series 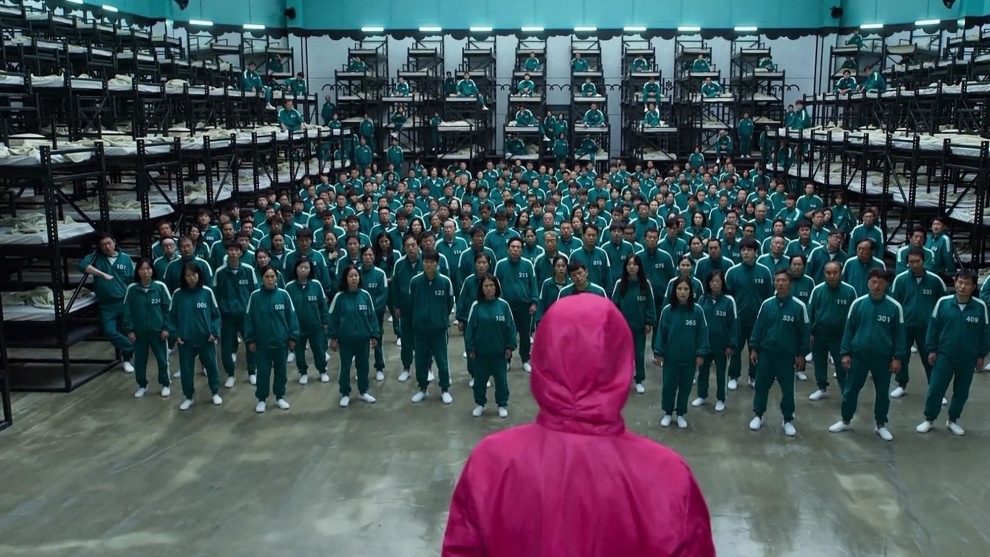 Not a day goes by that we don’t talk about Squid Game. This 9-episode Korean Netflix series stunned the entire internet: no one had seen it coming and it’s unlikely that a season 2 will see the light of day anytime soon. Admittedly, creator Hwang Dong-hyeok left a door open at the end, but the latter revealed that he has been working on this project since 2008 and that he now plans to return to the cinema. Speaking of cinema, we recommend two films to see if you liked Squid Game: Battle royale by Kinji Fukasaku and Kamisama no iu tōri from the brilliant Takashi Miike to whom Squid Game borrows some ideas.

The series is so successful that bandwidth usage has skyrocketed, especially in South Korea where ISP SK Broadband has decided to sue Netflix for redress. It must be said that the traffic was multiplied by 24 over a few days! This is “breaking the Internet”.

Fans are also snapping up the characters’ clothes: the green and white jogging suits are selling on the official website (and others less official) and the white Vans shoes of the participants in the Squid Game are breaking all over the place. Their sales suddenly increased by 7200%.

Moreover, the series is at the heart of a conflict between Chinese and Korean. Since Netflix is ​​absent in the Middle Kingdom (Korean films and series are also banned on television), Chinese people fond of subversiveness also want to watch Squid Game. Not only is it one of the most typed searches on the Chinese internet, the illegal downloading of the series has skyrocketed. Local online stores were quick to sell counterfeit items and clothing related to the series, which of course is not to the taste of Koreans. With Halloween approaching, the pink costumes and masks of the guards are also very popular with fans of the series.

But it’s not just the clothes that are taken by fans: the sugar cupcakes that are used in the series are seeing a resurgence of interest. The “dalgona”, associated with post-war poverty, are snapped up like hot cakes and are now known around the world. We even found the recipe in French on the Internet.

The series is not always happy and Netflix had to change an episode where there was a Korean phone number… belonging to a real person. Of course she got hundreds of phone calls from fools. More worrying, schoolchildren in France, the United Kingdom and Belgium start, as in the series, to play “1,2,3 soleil” by hitting the eliminated players, as if to reproduce what happens in the show . And here we do not know what is the most terrible: the kids who play to hurt themselves or the parents who let young children watch an ultra-violent series banned at least 18 years old …

Have you ever watched the series and looking for something new on Netflix? Take a look at our small selection for October …