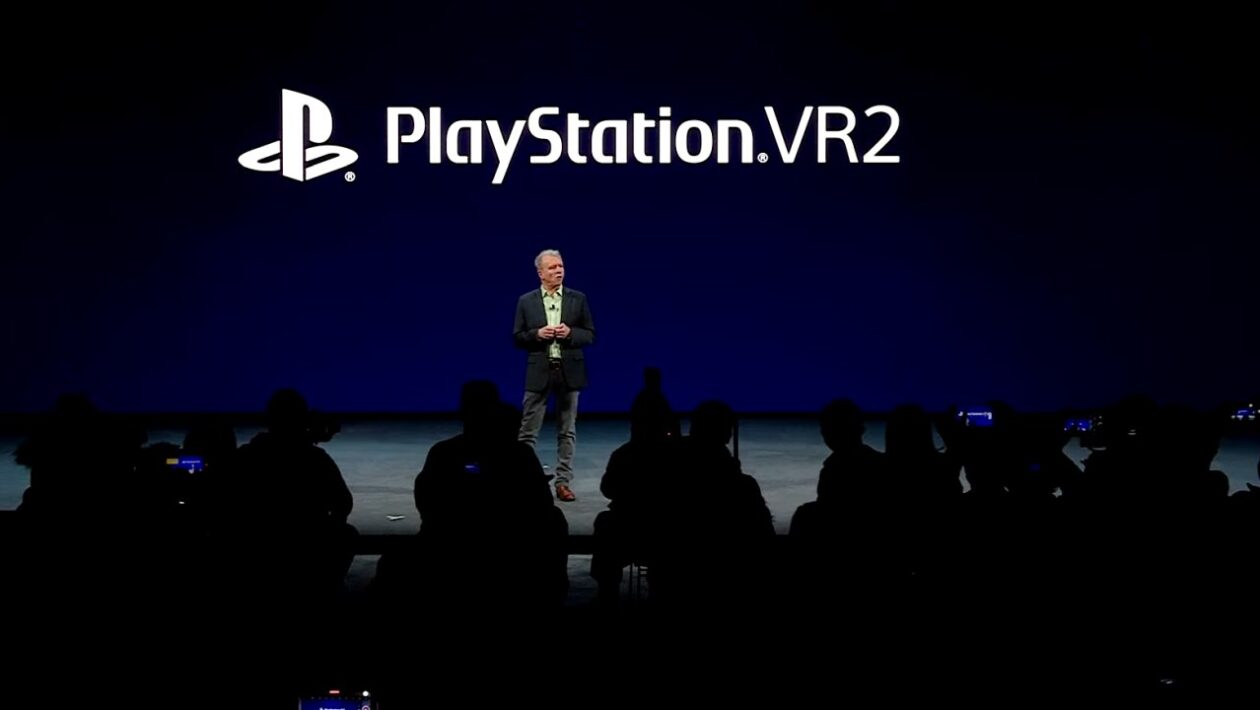 Sony unveiled the second generation of its virtual reality headset at CES. The device, which Sony confirmed last year, is expected to be called the PlayStation VR2, and its primary goal is to take the virtual reality experience forward accordingly. Thanks to the power of the PS5, the headset will have a resolution of 4K, HDR images and refresh rates of 90 and 120 Hz for the smoothest possible operation. PlayStation President Jim Ryan, who attended the presentation, also unveiled the first title for PSVR2, Horizon Call of the Mountain by developers at Guerrilla Games and Firesprite. The game saw the release of the first teaser and a hint of new protagonists.

But let’s go back to the headset itself, whose appearance remains shrouded in mystery. However, after Jim Ryan spoke about it, a more detailed article from PlayStation Vice President Hideaki Nishin appeared on the PlayStation blog and we can delve a little deeper into the specifications. As mentioned above, PSVR2 will offer a 4K image, which will consist of two OLED displays with a resolution of 2000 × 2040 pixels for each eye. In terms of field of view, the PSVR2 will cover 110 degrees and image processing will continue to be subject to eye tracking. Although Sony talks more about using the player’s perspective to control certain elements and interact in general, it’s not naturally out of the question that the technology will control the rendering and level of graphic detail where you’re looking to optimize overall performance.

Examples of the use of vibrations are Sony’s increased heartbeat in tense moments, the impact of objects flying near the head, or even the acceleration of the vehicle the player is driving.

The next layer of experience will be Sense technology, which combines the described eye tracking, the vibrating response of the headset itself and surround sound, in order to be even more intensely drawn into the game. Hideaki Nishino cites as an example of the use of vibrations the increased pulse of the character in tense moments, the impact of objects flying near the head or even the acceleration of the vehicle that the player is driving. Whether Sony is already suggesting a PSVR2 connection to the new Gran Turism 7 has not been heard anywhere, but we certainly do not deny that the introduction of the new headset irritates our imagination. But to get all the facts available, it should be added that the headset will work without a camera with its own space tracking, will provide the player with some form of shock protection thanks to the infrared sensor, will have a built-in microphone and headphone output. it will connect to the console with a single USB-C cable. Jim Ryan also spoke about the drivers that were introduced last year, including the expected design and other specifications. However, it remained to declassify a name with which Sony does not significantly experiment – following the example of the driver for the PS5 and perceptual technology we should simply call them Sense.

The second part of the PSVR2 presentation focused on the first officially introduced proprietary VR title from Sony. Specifically from Dutch experts from the Guerrilla Games and the recently acquired Splitgate studio. The result of their collaboration will be the game Horizon Call of the Mountain, under which we have to imagine a separate title based on the mythology of Zero Dawn and the upcoming Forbidden West. Guerrilla Games director Jan-Bart van Beek did not want to talk about the story, but confirmed that the players will take on the role of a completely new character, who will only meet the main representative of the original Aloy games. So soon we have to see a more detailed introduction of the new heroes and other details about the game as such. However, so that the developers do not just stick to words, there is also a short teaser, which does not look bad at all for VR games. However, to understand anything else about the game’s own processing or the depth it offers players, it is, for obvious reasons, premature at this time.

In conclusion, we only recall yesterday’s speculation Chinese company Goertek, which, according to Xueqiu magazine, will soon start producing PS VR2 with the expected launch next Christmas. Although this is speculation that Sony has not commented on, the introduction of the headset early in the year suggests that players are most likely to start looking forward to it.