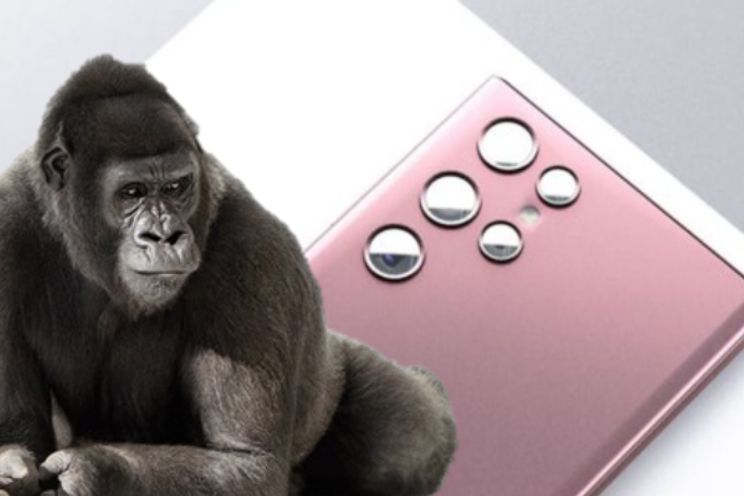 According to the latest rumors, the Samsung Galaxy S22 Ultra will be equipped with Gorilla Glass DX+. An extra sturdy glass that should ensure that camera lenses scratch less quickly. In addition, the glass should also provide better photos. How exactly does this work?

You probably already know Gorilla Glass from the glass on your smartphone. More than a billion smartphones have integrated this strong glass. It is a tempered glass that should ensure that your smartphone does not immediately break into a thousand pieces if you drop it. You can read more about Gorilla Glass in this article.

Last July, Corning announced a new kind of Gorilla Glass with Gorilla Glass DX and DX+. It was not yet known which devices were going to use this, but a few months later, the Galaxy Z Fold 3 was the first. rumors also going to get this glass, and Samsung would call this SuperClear Lens. According to Corning, this should ensure that the camera lenses of the smartphone are better protected against scratches and that the lenses are able to let more light through. Corning did this by, they say, extensively testing the glass in the lab and changing the composition of the glass so that it can let more light through. How they did this exactly is not (yet) known. The company further claims that it allows as much as 98% of the light to pass through. By comparison, coatings on other smartphone lenses allow about 92% of the light to pass through.

How do camera lenses work?

To understand how this works, it’s helpful to know how camera lenses work. We explain it briefly below.

A camera’s lens is one of the most important parts of the entire camera setup. A sensor can be so good and the number of megapixels still so high, but if the lenses do not pass on the light well, you still have a mediocre photo. Light arrives first at the lens and it then ‘sends’ it to the sensor. The light is thus guided through the lenses of your smartphone to the camera sensor and that it reaches the sensor in a good way. This light is then used to create an image. Algorithms (AI) will then complete the image. Smartphone lenses are basically a collection of glass or (mainly) plastic elements. Glass is generally better able to transmit light.

The fact that camera lenses allow more light through the Gorilla Glass DX (+) is of course good news, because the more light the sensor can capture, the better the photos. can turn into. It is also good news that investments are being made in camera lenses, as this is one of the most important parts of a camera. However, the fact that Gorilla Glass works well in theory is one thing, practice is an important second. We are very curious if we can notice a difference, but the hope is there!