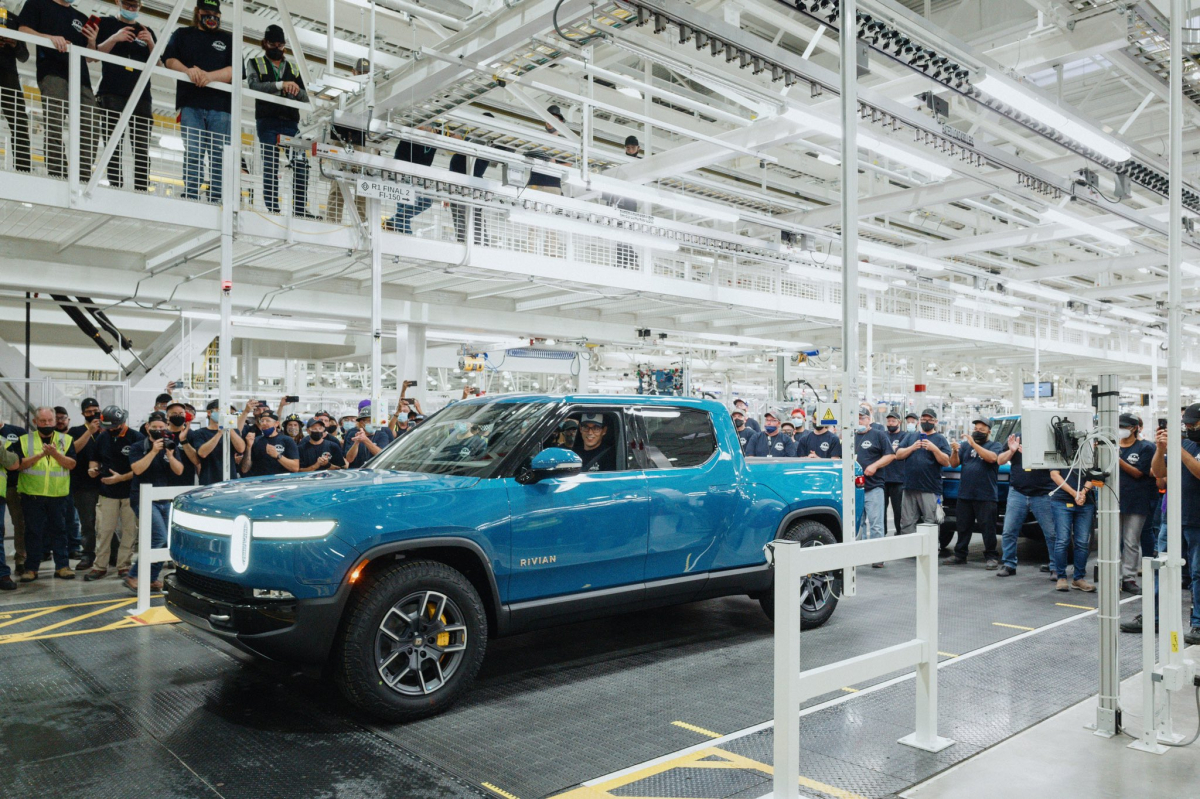 The start of deliveries has been postponed twice, now the time has come: Rivian’s first customer vehicle marks a milestone for the start-up that comes onto the market with an e-truck before Tesla, Ford and Co.

The first production R1T rolled off the assembly line yesterday, Tuesday, at the Rivian plant in Normal (Illinois, USA). Founder and CEO RJ Scaringe was accordingly proud: Pre-series vehicles had been produced for months, and now the first car is finally ready for customers. The startup is bringing the first electric pickup onto the market – ahead of its competitors Tesla (Cybertruck), Ford (F-150) and Lordstown (Endurance). A pickup project by GM and Nikola had previously failed. Rivian had to postpone production twice due to the corona and lack of chips. Most recently, Scaringe announced that it would deliver the R1T in spring 2022. This date is now moving forward. Rivian has also published the official consumption figures.

Rivian worked in secret until 2018 before launching the R1T truck and R1S SUV in 2018. Since then, the company has raised around $ 10 billion. The automobile manufacturer, which operated under the name Mainstream Motors when it was founded, is building a van for Amazon in addition to the off-road vehicle. The US company with four production sites and 8,000 employees is expected to go public. Meanwhile, Tesla is struggling with production problems with the 4680 battery. Nevertheless, the production of the Cybertruck should start this year. Elon Musk recently announced that if the car would have to go into small series, the Cybertruck would “literally cost a million dollars”. The Rivian R1T in the Explore version is included $ 67,500, the premium version can be ordered from $ 73,000.

At the same time, Rivian is working on getting the RS1 model into series production. There are still plans according to which the boxy SUV should also roll off the assembly line this year. Rivian has already announced the official consumption figures: According to the EPA test pattern, the battery of the R1S will last 316 miles (509 kilometers). The built-in power storage system takes the R1T pickup to 314 miles (505 kilometers). Interested parties can alternatively book a 400-mile unit (“Max pack”) (644 kilometers), which costs 10,000 dollars extra. That corresponds to 8,456 euros. According to the manufacturer, the batteries can be charged to 80 percent capacity in 50 minutes – assuming a correspondingly powerful charging station. Rivian has its own fast charging network, which is gradually being expanded.

A real truck with a trailer load of 5 tons

The R1T has four electric motors that provide a total of 588 kilowatts (800 hp). The total torque is between 560 and 1,120 Newton meters, so that the R1T should be able to turn on the spot. Rivian gives his payload at 800 kilograms, the trailer load should be around five tons. The fully packed pickup truck then of course no longer manages the specified ranges. Rivian plans to initially produce 20,000 vehicles per year and also offer them in Europe from 2022.