Two new smartphones have been announced by Xiaomi subsidiary Poco. The brand presents the Poco F4 and Poco X4 GT. Both devices will make their debut in the Netherlands.

The Poco brand is making good progress. Earlier this year we saw F4 GT and X4 Pro, now it is the turn of two other devices that are added to the portfolio. The manufacturer presents the Poco F4 and the Poco X4 GT; two smartphones that will be released in the middle segment, both with 5G support, Android 12 with the MIUI 13 skin and 8GB of RAM. The two Pocos also have a 20 megapixel front camera and each has a triple camera; with a 64MP main lens, 8MP wide angle lens and 2MP macro lens. The Poco F4 also has optical image stabilization, so that the chance of blurred photos is small.

Poco says that users of both the F4 and the X4 GT will receive premium after-sales. This allows owners to make a one-time use of a free screen repair within six months.

Starting with the Poco F4. That device appears with a 6.67-inch AMOLED screen, which offers a refresh rate of 120Hz and a Full HD+ resolution. Poco supplies the smartphone with a Snapdragon 870 chipset and offers 256GB of storage space. A 67W fast charger is included for the 4500 mAh battery. The fingerprint scanner of the Poco F4 is on the side. 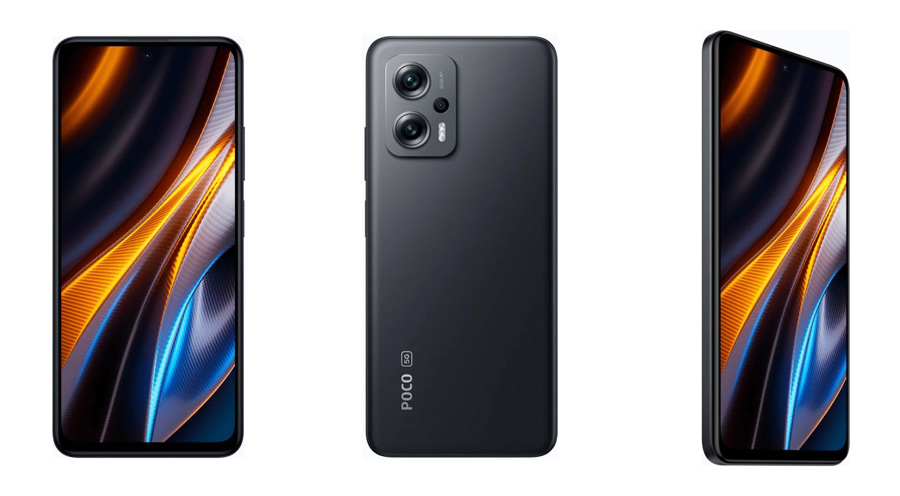 The Poco X4 GT offers a 6.6-inch IPS LCD 144Hz screen, also with a Full HD+ resolution. The smartphone is powered by the MediaTek Dimensity 8100 chipset, offers 128GB/256GB of storage and has a 5080 mAh battery. Charging is done with a power of 67W, here too we see a fingerprint scanner on the side of the device.