It depends on what you expect from the game. For example, I was pleasantly surprised in many places, but unfortunately I did not avoid many disappointments. First of all, we can’t talk about any simulation here. A licensed environment with almost two dozen existing disciplines awaits you in the game, but if you want the most faithful portrayal of football, basketball, tennis and other ball sports, then you’d better take a look at dedicated individual games.

OGT2020 is much closer to a party game – undemanding family or friendly fun, which will not lack emotions, euphoria from victory and tears of the losers. The individual disciplines are, with a few exceptions, downright trivial. For example, such a sprint for 100 meters. Just catch the start and then just frantically press the button to reach the finish line.

Other disciplines can be more complex, but they still keep pushing a few buttons at the right time. In an obstacle course, for example, you try to jump at the ideal moment to accelerate sharply, but this makes it difficult for you to estimate the next obstacle.

Endurance swimming alternates between several swimming styles with rhythmic joystick control on the gamepad (the only recommendation worthy of peripherals), a properly timed reflection from the wall and the need to watch your endurance so that you don’t clap on the surface breathless while the others crawl the last straight.

The game introduces you to the controls of each discipline through a few explanatory screens and can be played. Thanks to this, the OGT2020 is a very accessible game for the general public, but there are also elements for more experienced players. You will never know complete control right away. You only get the essentials, ie the run starts with a cross and is accelerated by pressing it again. That’s enough to try, understand and even like the mini-game. 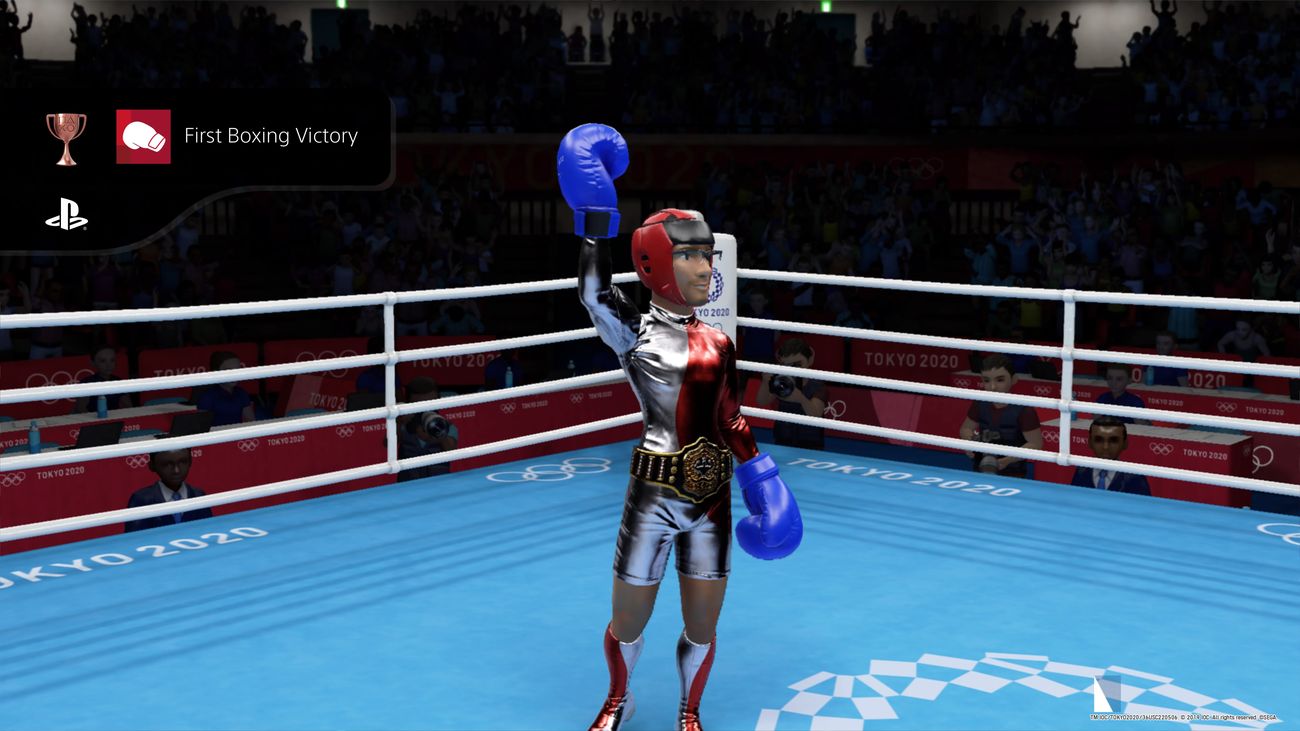 But then it pays to take a look at the detailed breakdown of its control before the start of the discipline, where you will find that even such a run is much more sophisticated than it seems at first glance. For example, you can very quickly sprint to the point where you get the opportunity to press one of the directional arrows and get an additional boost (no, this is really not a simulation, this is not a far way for supernatural performances). You’ll also find that you can use one of the buttons to lunge your upper body in front of the finish line, intersecting it by a hundredth before your opponents.

Thanks to this, the individual disciplines are suitable both for complete novices, who can fully enjoy them without having to think about more sophisticated systems, and players who really want to excel in the disciplines, which they use especially in online competitions, where they measure forces with socks from all over. of the world. But don’t expect more from online gaming.

Unfortunately, you can’t expect much from local gaming. I mentioned in the introduction that this is a party game suitable for families and friends, but for some incomprehensible reason you can only sit on the couch, which is a huge handicap of the OGT2020.

Depending on the discipline, you can play both cooperatively and competitively. You can play tennis singles, tennis doubles together. Different types of sprint force you into rivalry, but for example in the relay you will pull one pin. And it is in the relay that it is obvious that local play should definitely not have ended at number two. There are four players running, which you have to take turns on. A restriction that freezes all the more in ball sports, where players on the field are just crowded. 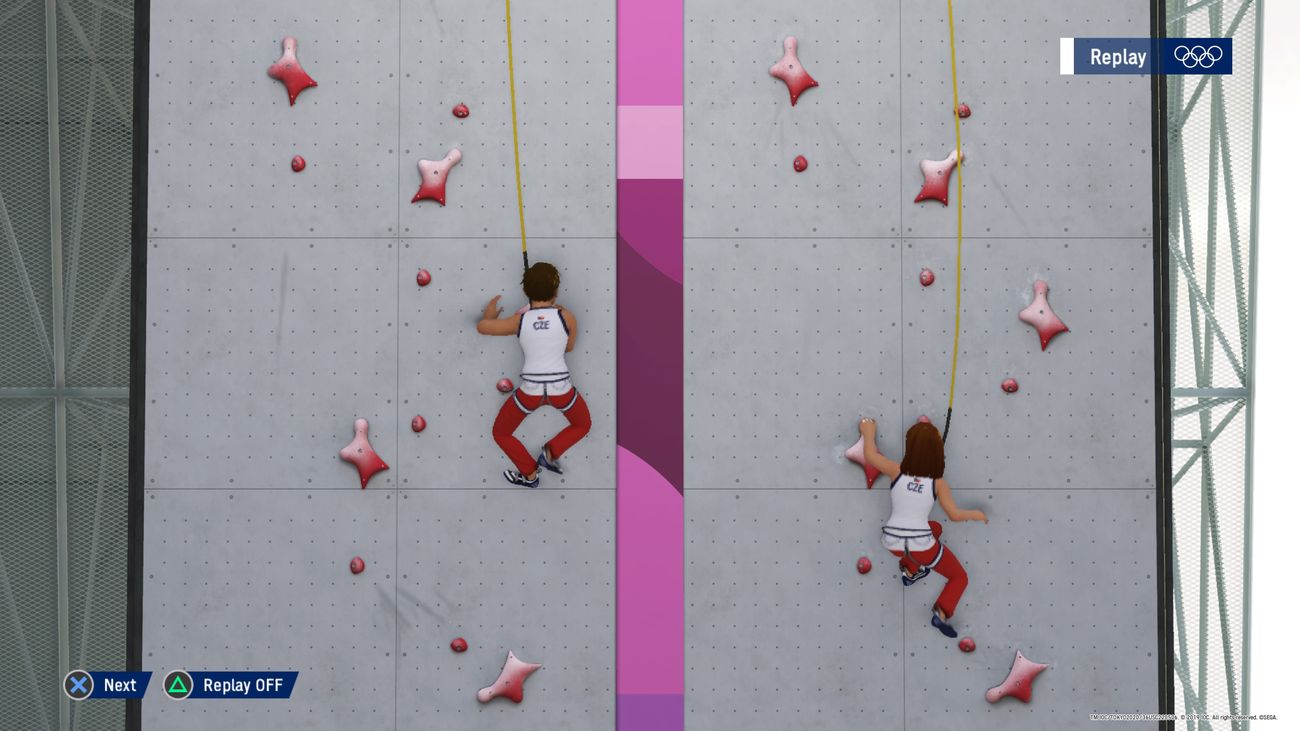 And don’t promise anything from a single player game in offline modes. The OGT2020 completely lacks a career regime. You don’t climb any ladder here, you don’t make a name for yourself, you don’t control the whole Olympics in time. You can only train or play any discipline, but where you will encounter a very inconsistent artificial intelligence difficulty.

By placing yourself on the winners’ crates, you earn a kind of currency, for which, however, you can unlock a new outfit as much as possible, which, as a pull solo, does not last even an hour. This is not simply a game for one player who does not want to compete with others.

Having bitten the outfit, let’s go back to what the OGT2020 does well – disregard for the editor. Although it is a licensed product of a prestigious competition with an unrivaled tradition, the game can make fun of itself.

A truly robust character editor allows you to create any person or creature that people don’t even resemble much. Crazy outfits, including spacesuits, historical uniforms, sleek jackets and decent summit clothing, will further support the humorous, almost caricature concept of the game.

But no one is forcing you to do that. You can be completely serious, create a very large Olympic team with each of its members exactly according to your ideas, with a specific outfit designed exactly for each given discipline. The creators succeeded in this. You can spend a huge amount of time just in the character editor and the whole team.

However, even with a perfectly formed team, you will be limited by the above-mentioned shortcomings and will soon find that the OGT2020 has a solid skeleton, which unfortunately lacks depth. It is then completely logical that some disciplines will suit you more and others less. Not everyone likes everything. Unfortunately, you may also like some mini-games by the way the game presents them to you.

For example, baseball completely surprised me after completing other pastimes. Here, the creators did not manage to think at all of people who are not familiar with the rules of this sport and at the same time did not explain how to control their baseball minigame.

In addition to all this, it is one of the longest disciplines in the game (sprint is a matter of ten seconds, baseball a few long minutes), which for someone unfamiliar with this particular sport with very specific control of this particular mini-game will be downright suffering. He and the basketball are quite chaotic and you don’t feel like helping the team.

After a while, however, you will find out which disciplines did not appeal to you, and which ones you enjoy, and you can continue with them. You will improve in them, unlocking hitherto inaccessible tips (other small tricks to help control the discipline), which is a pretty good way to gradually become a master of all disciplines.

Olympic Games Tokyo 2020 – The Official Video Game can be a pleasant set of mostly well-crafted fun mini-games with an excellent editor of the Olympic team, which commutes to unnecessarily limited local gaming and a lack of a career that would entertain the soloists. And of course it’s not realistic at all.

If you expect more from the game than a set of separate disciplines (moreover, only a limited selection, far from all official ones), which you can connect to a larger championship, or compete in online rankings, then you will be disappointed with the official adaptation accompanying this year’s Olympics. . If we awarded medals instead of numbers, it would be the most made of bronze.