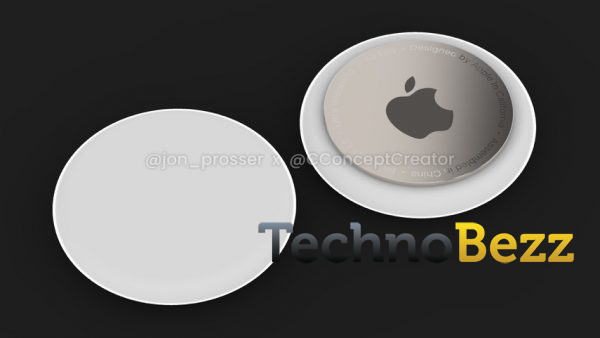 While the Apple ‘AirTags’ has not been released yet, a brief animation video recently surfaced online which offers one a sneak peek of the device. In the animation video, one can see the AirTags spinning around endlessly but in a smooth manner. The visual is similar to the kind you see when you pair your iPhone to your AirPods. This leaked video is particularly interesting as it offers a proper 360-degree view of the yet-to-be-released product and gives one a fair idea of ​​what one should expect from it.

Who got it leaked?

The man behind this video is Jon Prosser, widely known as the ‘Apple leaker’ and someone who has a good network within the giant tech manufacturing company. In another video, also put out by Prosser, one gets to know some more vital information about AirTags.

The design is quite basic but sophisticated and stylish. The front end has a touch of silver to it and the back is white in color. The Apple logo is prominently visible on the front. The overall shape of the device might remind you of the battery of a watch. These AirTags essentially work around a private network and pair up with other Apple devices to find the one you have lost. While doing so, it ensures that the data and the privacy of the user remain safe.

The U1 processor, along with UWB, is used by the AirTags to find out the exact location of the misplaced Apple device. The older versions of iOS devices also featured certain tools that helped one in tracing the location of Apple devices that one might have lost.

Why hasn’t Apple made a formal announcement yet?

Prosser has claimed that Apple had been ready with the AirTags for some time but delayed the launch because of the slowdown in the electronic market owing to Covid-19. Apple is also trying to gauge the prevailing situation in the market and figuring out whether they would be able to create the demand for a product that helps in tracing lost devices. Since a product of this nature is quite novel and hasn’t really been tested in the market earlier, the company might want to release some material that would make the prospective consumers aware of the benefits of the product before they start using it.

Apart from the AirTags, there are strong rumors about Apple coming up with a new range of headphones and augmented-reality (AR) glasses very soon. With this kind of line-up, though rumored, one thinks innovative and cutting-edge technology is what Apple is interested in investing in this year.