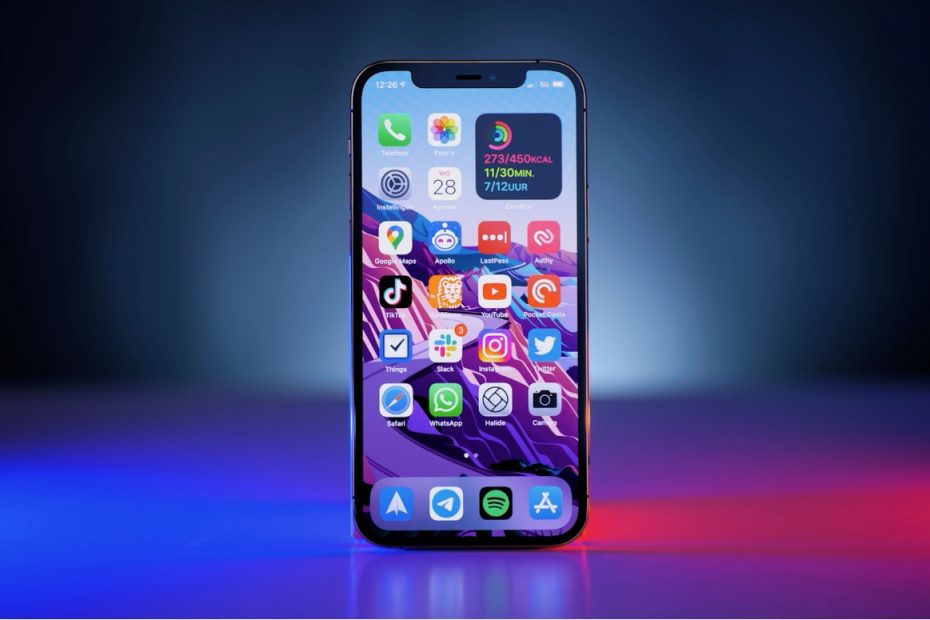 Apple uses all kinds of screens in its products. In this article, we will discuss the advantages and disadvantages of LCD, OLED, micro-LED and mini-LED in plain language.

The latter two screens are not yet used by Apple, but according to rumors, this will soon change. Who iPhone has read regularly about reports that the Cupertino company would embrace a new screen technology, such as micro-led. Time for an overview of all (future) screens that Apple uses.

This change has everything to do with the qualities of LCD. The screen technology must recognize its superior in OLED in almost all areas. This is, for example, because with an OLED screen all pixels can be switched on or off individually. This is not possible with LCD.

Oled therefore excels at showing contrasts, while an LCD panel remains more on the surface and the difference between colors is less clear. On the other hand, LCD also has advantages over OLED. The screen technology, for example, is much cheaper to produce.

Oled is the current screen panel on a slew of Apple devices, including the Apple Watch and iPhone 12 family. This type of display excels especially in color range, color saturation and black values. To start with the latter: OLED is able to conjure up deep black values ​​on images. You notice this, for example, when watching films and series, because the difference between black and gray is clearly visible.

Add to that that OLED has an edge in terms of color range. The display type is therefore able to distinguish a lot of color types from each other. Oled has a large vocabulary, as it were, but with colors.

Moreover, those colors look very lifelike, thanks to the good color saturation of this screen technique. All in all, OLED delivers a better image quality than, for example, LCD, the panel of the iPhone 11, among others.

Oled also has drawbacks. One salient one is the risk of image quality loss. You need natural materials to make OLED screens and they burn in over time. In this way, there is a gradual loss in clarity and image quality over time.

Micro-LED can best be described as the better version of OLED, with one important difference: the way it is made. You do not have the previously described risk of burn-in screens with micro-LED. This screen technique is made with the help of non-natural materials.

Sustainability is therefore a major advantage of micro-led. The screen type also excels in economy. Micro-LED is more economical with energy than OLED and therefore does not press on the battery life of your phone, watch or laptop for as long.

However, micro-LED is not completely problem-free. Screen technology is still relatively young and so far no party has succeeded in producing these displays on a massive scale.

Moreover, it is almost certain that micro-LED will be more expensive than OLED, and that means that your iPhone, Apple Watch or other Apple product will cost more. Perhaps this is the reason why Apple has not yet released micro LED screens.

Mini LED is not necessarily better than OLED, but it does have attractive features. As the name suggests, mini LED is a smaller version of the traditional LCD screen. Where a ‘normal’ screen consists of a hundred LED lights, thousands of mini LED lights are needed to fill the same size.

This has the advantage that the contrast increases. In this area, however, mini-LED does not compete with OLED, because the latter can switch individual pixels on and off. Thanks to the high contrast, mini-LED comes close to color reproduction and black tones.

Another advantage is that you can make the smaller version of an LCD screen very thin. This is important to Apple, because the company prefers to make its products as small as possible. In addition, mini-LED is relatively cheap to produce and there is no risk of burn-in, as is the case with OLED.

The next Apple event is rumored to be just around the corner. On March 23, the company would announce several new products, including the iPad 2021, AirPods and Apple TV. The long-awaited AirTags would also finally make their debut.

Do you want to stay informed about this event? Sign up for the iPhoned newsletter, or download the free app.

Also read: Apple in March 2021: 7 announcements to look forward to