Horrible prices for Valve handheld on the net 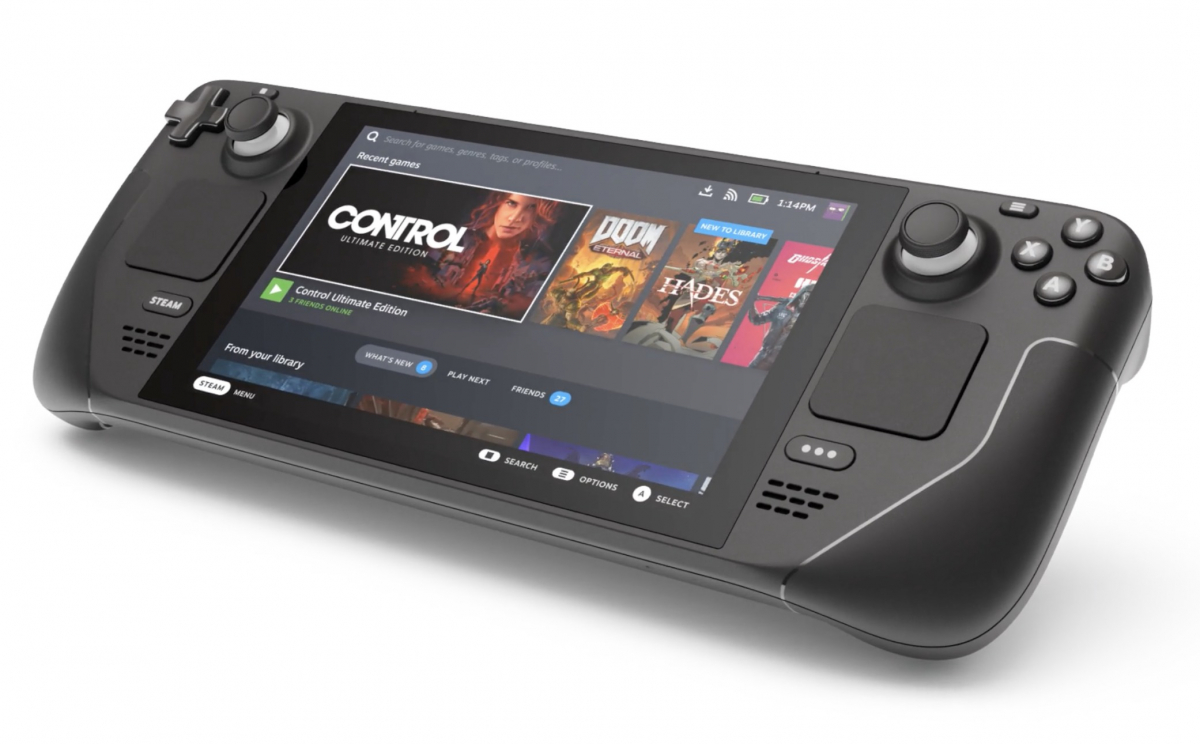 Valve actually wanted to put a stop to the so-called scalpers on the Steam Deck. Nevertheless, the gaming handheld has already appeared on the net – at sometimes horrendous prices.

Last week Valve presented its new Steam Deck handheld console. Driven by powerful hardware, the pocket-sized gaming PC should also be able to master the latest AAA games without any problems. The device should be available in December 2021, and it was possible to pre-order it from Friday. Valve wanted to keep the expected scalpers at a distance by taking various precautionary measures. But only for 48 hours – and it probably only worked to a limited extent.

Also on Ebay.com are according to one Web standard report Numerous Steam Deck handhelds have surfaced in the past few hours. The mobile gaming PC, which is officially available at prices between 419 and 679 euros, is to be offered there for up to 2,500 US dollars. The reason may be that Valve had only maintained the restrictions on the reservation of the handhelds for 48 hours. During this time, it was considered that those interested in Steam Deck had to have bought something on the Steam gaming platform before June 2021. In addition, there was only one Steam Deck per account. And: the reservation cost a fee.

Restrictions could not prevent scalping 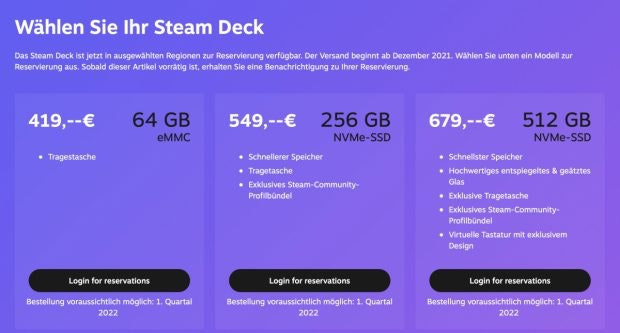 Valve Steam Deck: If you reserve now, you won’t get your handheld console until the beginning of 2022. (Screenshot: Valve / t3n)

The restrictions have probably been able to curb scalping on a very large scale. The first handheld consoles were offered overpriced on Ebay and other platforms even before the 48-hour period had expired. In any case, the rush for the Switch challenger was great. Who reserves now, will probably not have his mini gaming PC in his hands until the first quarter of 2022. Originally, December 2021 was set as the date for the start of sales of the Steam Deck.