Chromebooks will soon get Material You design 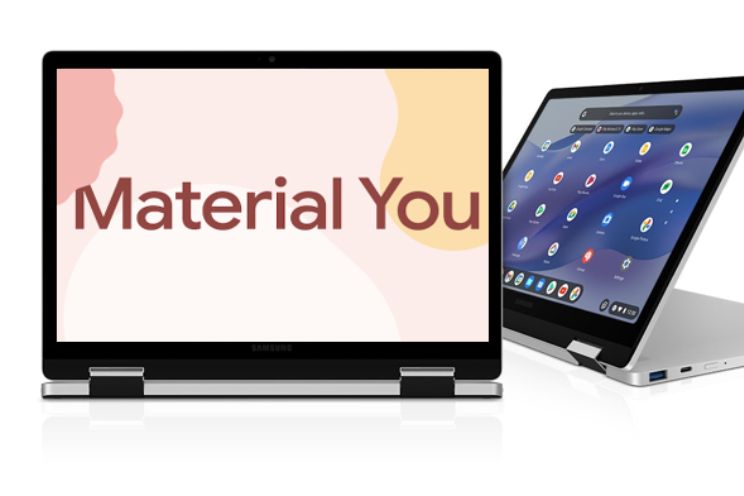 In an upcoming version update, Chromebooks can get the Material You design. This can be concluded from a test version of Chrome OS. It is not yet known when the new interface will be available.

Material You is a design language that we first saw in Android 12. With this new Android design, Google wants to ensure that the user is central. Material You must therefore be very accessible, and this is achieved through the use of color themes, among other things. On the basis of the background you have chosen, you can ensure that the rest of your device takes over the color palette of your background. As a result, apps, widgets and other icons change in your chosen color palette. The idea is that you get a uniform whole and your phone more or less gets its own design. After all, the apps and widgets take on the colors of your chosen background. So the operating system adapts to the user and the user not to the operating system, that is the idea behind Material You.

In addition to the color themes, many elements in the Material You design take on a bit of pastel artsy shapes with streamlined elements, and it also has a flat and rounded look and feel. On this page you will learn everything about Material You.

Material You to Chromebooks

9to5Google discovered that in a pre-release version of Chrome OS, there is a feature that includes the Material You built-in. Enabling this will bring the Material You design to the Chrome OS and allow users to take advantage of the color themes, among other things. The feature is still in development, and we won’t see its official release until the end of this year.

Google has been working on even more things lately to improve their Chrome OS. For example, they are working on getting Steam to run on the platform, offering more window options and working on a feature to stream Android apps on Chromebooks. You can read more about Chrome OS in the articles below.

Do you have a Chromebook or Chrome OS tablet? And what do you think of the Material You design? Let us know in the comments below this article.