A handy addition with the holidays ahead. The latest version of the Buienradar app brings European weather maps, which you can consult. In addition, the update brings improvements for foreign countries.

Following the Dutch weather maps that also went a bit across the border, there is now a new addition to the app. With the latest version of the Buienradar app you can now also view European weather maps.

When you choose the ‘layers’ in the Buienradar app, you will find them in the Europe tab. This allows you to choose from three different cards. It concerns the rainfall radar, the satellite and the temperature. With the different cards you can look ahead up to 24 hours.

Another improvement that was added with the last update is the improvements for foreign countries. From now on, Buienradar will always show a rain graph for the next 24 hours for locations abroad. The Dutch developers also promise a number of minor adjustments for starting the application.

Buienradar is rolling out the update in phases via the Google Play Store. 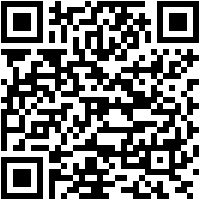