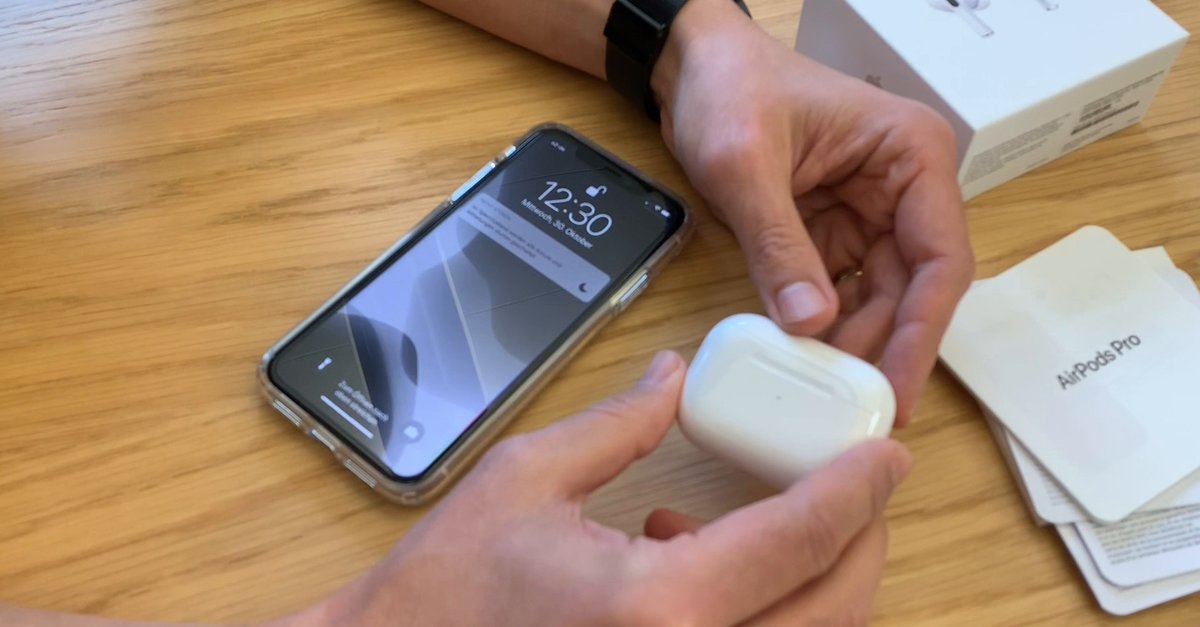 The new, external MagSafe battery is actually intended exclusively for the iPhone 12. As it now turns out, however, the mobile electricity dispenser has a little “secret”. Fortunately, Apple’s AirPods can benefit from this.

Somewhat surprisingly, Apple recently introduced the so-called “External MagSafe Battery”, a mobile additional battery, exclusive to all four models of the iPhone 12. The battery docks wirelessly and magnetically to the back of the Apple cell phone and thus also powers the iPhone on the go with electricity – practical, even if anything but cheap at just over 100 euros. As it turns out now Apple hides another special feature or does not explicitly advertise it.

The The external MagSafe battery can also charge the wireless charging case of the AirPods and AirPods Pro. The little “secret” came to light through corresponding tests on the first copies of the battery, which are now slowly opening up to media representatives (source: Steven Russell).

You could almost have guessed it, but now the confirmation follows: The external one MagSafe battery actually works like a Qi charging pad, just mobile and independent of the power cable. Certainly a welcome additional benefit for owners of Apple’s AirPods. However, if Apple only wanted it, it could be even easier.

What MagSafe can already do on the iPhone 12, we see in the video:

Apple could make it even easier

It has been and will be over for a while “Reverse Wireless Charging” on the iPhone speculated. Some Android users are familiar with the feature in which the back of the smartphone functions as a Qi charging pad and can charge corresponding devices, such as the AirPods. Unfortunately, this remains a dream for Apple users. However, the iPhone 12 would also be able to do this, albeit to a limited extent. As Apple confirmed, the iPhone 12 can now charge the external MagSafe battery wirelesslyif the iPhone itself has to be attached to the cable for this. So the potential is there, now Apple just has to take full advantage of it – so the hopes rest on the upcoming iPhone 13.