A folding Pixel from 2023? All the clues left by Google… 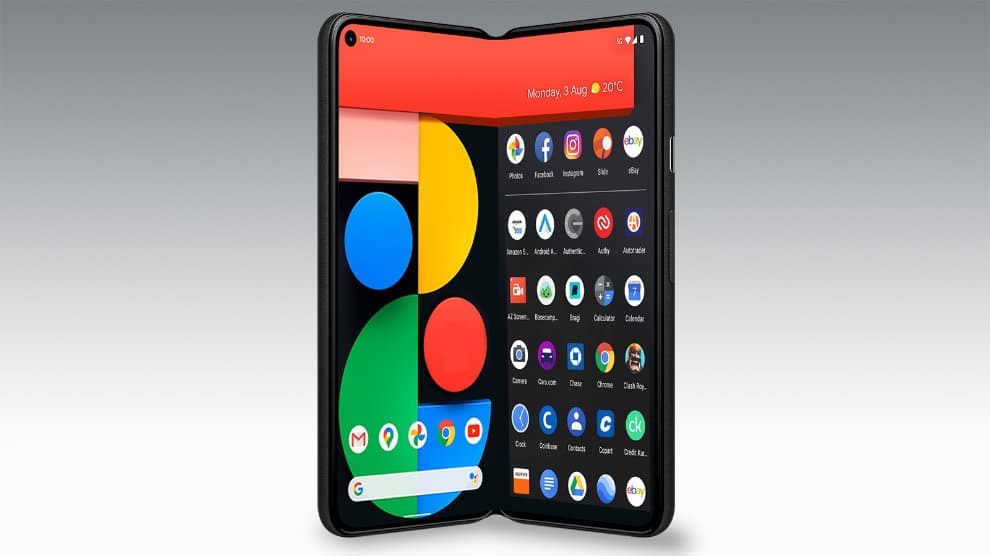 Even if the folding smartphone market is still quite marginal, its progress is dazzling and Samsung is counting on it a lot in the future. While several brands are positioning themselves in this segment, Google seems a little behind. Really ? As early as 2019, the firm had already confessed to the American version of CNet of its desire to play on the shape of its devices by offering innovative smartphones while in 2020, an internal document at Google revealed the code name “passport” supposed to be a folding device… But more recently, Google has let slip other clues.

Following the release of Android 12 last year, Google launched Android 12L, an OS aimed at devices with a large screen. If this system has equipped tablets, it is also perfect for multi-windowing on a folding device. It was also at this time that a new code name appeared: “jumbojack”.

Information is scarce on this folding device which could ultimately be called Pixel Notepad according to 9to5Google, but taking a closer look at the animations seen in Android 12L, we can see a “Fold” type folding device. We note however that the “square” proportions are closer to an Oppo Find N than those of a Samsung Galaxy Fold.

…and in the Photo app

Lately, a string in the code of the Google Camera app called “isPixel2022Foldabl” sparked the rumor mill again. According to this piece of program, we note that the device in question should be equipped with the Sony IMX363 12.2 MP and the ultra wide-angle 12MP IMX386. A bit strange considering that these are the sensors that fitted the Pixel 5 last year, but a more recent leak suggests a beefier setup with a 50MP Sony IMX787 and a 10MP Samsung S5K3J1 telephoto lens. Even more speaking, this icon in relation to the “Jupiter” feature which clearly shows a folding screen.

Finally, an interesting thing was noticed in the Android 13 DPI Pixel Launcher related to a split screen. It appeared that if you lower the screen density below 230 DPI, it is possible to bring up a mode with two distinctive panels. It’s ugly and looks like a bug, but it would be a mode to adapt the launcher on a folding device. And since the Pixel Launcher is specific to Pixels, this is proof that a Pixel Notepad is in the starting blocks… And Google could be very aggressive on the price since some sources speak of a rate of $1400 and a release in 2023. While the Pixel 7 and Pixel 7 Pro are due to be presented on October 6, there is relatively little chance that Google will reveal anything about a folding device, but we still remember that the Pixel Tablet which should be released in 2023 was presented last May during the I/O when nothing suggested it…