5 Things You Need To Know This Week: What The Mars Mission Means 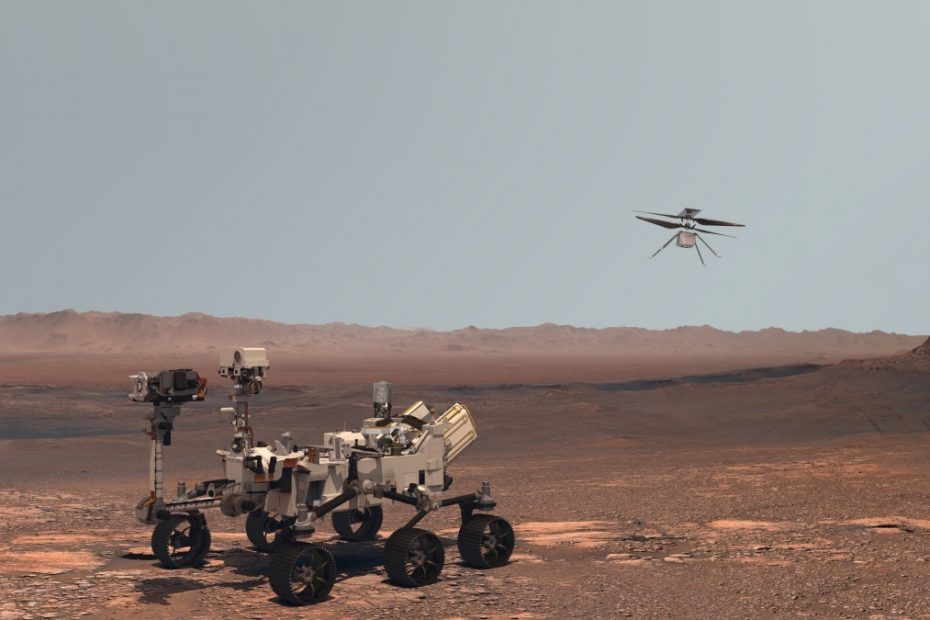 Every Monday morning, t3n editor-in-chief Luca Caracciolo reports on five things that are important to start the week. This time it’s about the successful Mars mission, Dogecoin and business books that you should definitely read.

Mars has always been the subject of daring fantasies: first and foremost the idea of ​​one day sending a manned mission there. Or the fascination of even building a human colony on the red planet at some point.

The trip to Mars also stands for a thirst for research and scientific excellence. Carrying out the seven-month journey including landing is ultimately a scientific masterpiece in which prestige also plays a role. So it’s no wonder that three Mars probes will reach the red planet this year – the protagonists: China, the USA and the United Arab Emirates.

Last Thursday evening (CET), NASA’s Mars probe landed safely on the red planet. In a live stream – accompanied by countless explanations – you could watch how the NASA engineers tense and then finally accompanied the landing of the rover with relief.

Perseverance will, among other things, collect rock samples and look for traces of life that could have existed on Mars in the past. The rover also has a mini helicopter on board, which is supposed to test whether flying works in the very thin Martian atmosphere. And last but not least, an experiment will show how well oxygen can be generated from the Martian atmosphere. Maybe it will work out with a Mars colony in the distant future.

2. Dogecoin: A person holds 28 percent of the stock

A fun currency that, with a market capitalization of almost seven billion US dollars, surpasses the value of international corporations like Under Armor – doesn’t it exist? It does exist: the Dogecoin currency, launched in 2013 as a parody of Bitcoin. It has now been announced that 28 percent of the coins can be assigned to a single digital address. While it’s not clear who this Dogecoin whale is, there are clues about a well-known person in the tech industry.

3. Mark Zuckerberg wants to “inflict pain” on Apple in the data protection dispute

About two weeks ago the conflict between the two tech companies came to a head when it became known that Facebook was preparing an antitrust lawsuit against Apple and that Tim Cook had made derogatory comments about Facebook’s business model. Now the dispute is escalating further: Zuckerberg has apparently made a drastic statement in the circle of a few colleagues about Apple: “We have to inflict pain on them.” This is probably referring to the antitrust lawsuit, but Zuckerberg is already thinking further: Facebook is apparently planning to launch its own smartwatch to bring – and thus enter into direct competition with Apple.

4. Zoom: This is how an 8-year-old escaped online lessons for days

Homeschooling has been going on for months, understandably some children can’t take it well. A recently popular anecdote shows what means kids use to avoid school lessons via video conference. An eight-year-old from the USA avoided school lessons via zoom for weeks by using a trick that her parents, the teachers and even the Zoom support team had not seen through for a long time. Read the full story here.

5th practical tip of the week: You should read these business books – according to the clubhouse community

Tips for good business books always go. The two t3n editors Vicky Bargel and Andreas Weck thought so too, and spontaneously made a clubhouse talk about it. They have compiled the tips that came out of this in an article.

You can also find our weekly briefing wherever there are podcasts.

By clicking the “Listen now” button you accept them Terms of use and data protection of the external provider.

“5 things you need to know this week” as a newsletter

If you like the newsletter, please recommend it! On our newsletter info page there is an overview of all newsletters – this is called Pioneers’ Breakfast.

If you are already a newsletter subscriber, you have already received an email from us about the new newsletter offer. You can update your preferences quickly and easily using the corresponding button!

You haven’t read any of the t3n newsletters yet? Then register here now and choose which newsletter you would like to receive in the future.