The 19 best apps for your wrist 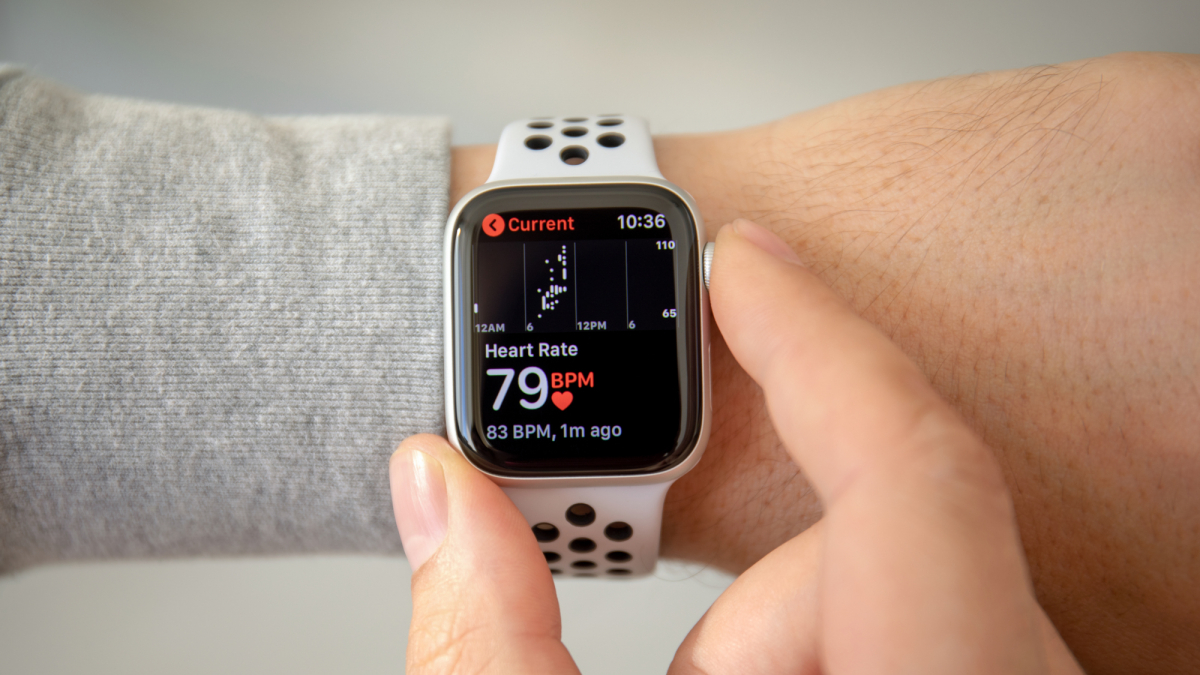 Finally the proud owner of an Apple Watch? Then we’ll show you 19 apps with which you can get even more out of your new smartwatch.

With the Apple Watch 6 and the Apple Watch SE, the computer manufacturer from Cupertino offers two versions of the popular smartwatch. The entry-level model scores with a comparatively low price and should therefore have convinced one or the other newcomer to the Apple Watch. If you are one of them, we have selected 19 apps below that we count among our favorites.

The best fitness apps for the Apple Watch

Strava combines fitness tracking with social media elements. The iOS app also works well with the Apple Watch and shows you all the important information such as distance or heart rate while running or cycling. 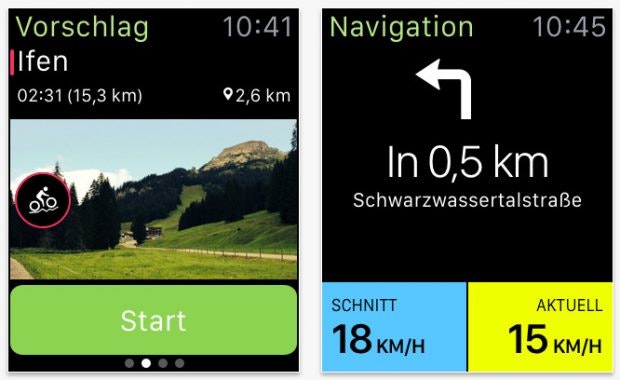 If you like to go on bike tours or hike, Komoot could be a great help for you. The app helps you to find interesting tours or hiking trails. Thanks to offline navigation, you are also not dependent on an active internet connection.

With Nike Run Club, the well-known sportswear manufacturer offers a free app for runners who don’t have to hide behind the paid competition. Via the “My Coach” function, the app offers you training plans that are intended to drive beginners and advanced users to top performance.

If you have less time running but still want to stay fit, Nike offers another interesting free application with the Training Club app. Here you will find exercise instructions for yoga, strength and endurance training. 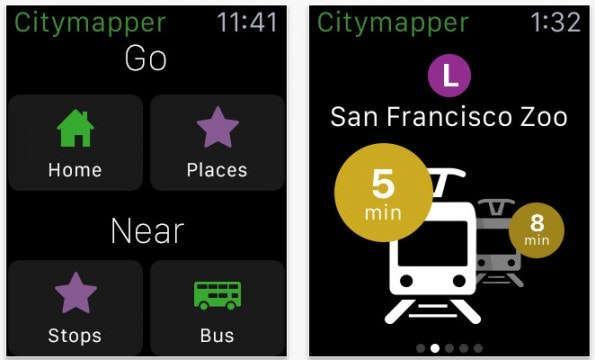 Citymapper: At least residents of Hamburg and Berlin can also use the app in Germany. (Screenshot: App Store)

Everyone who lives in Berlin, Brandenburg, Hamburg, Cologne, Düsseldorf, Bonn or the Ruhr area should also take a look at Citymapper. The app navigates you unerringly through the public transport of selected cities. Apart from German cities, various metropolises such as London, Paris, New York and Tokyo are also supported. 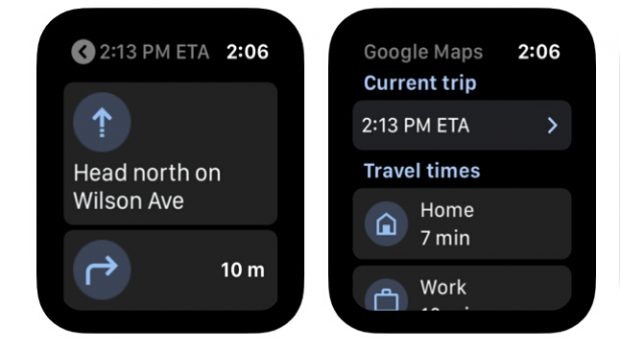 Google Maps is finally back on the Apple Watch. (Screenshots: App Store)

Google Maps was one of the first apps available for the Apple Watch. In 2017, however, the search giant surprisingly pulled the plug and buried the watch support. Three years later, however, Google apparently had an understanding: Since September 2020, Google Maps has been navigating the streets on your wrist again. The Apple Watch only provides you with the basic functions to get to your planned destination, but the information is definitely sufficient. 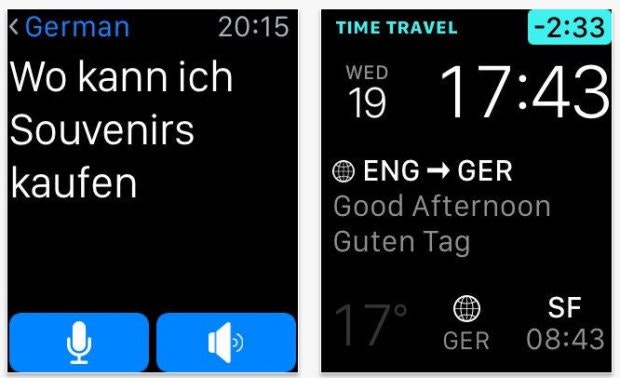 Anyone who travels a lot abroad might like iTranslate. The app supports a whole range of languages ​​and can also be used via the Apple Watch. There is now also an offline mode that protects you from horrific roaming charges when abroad. 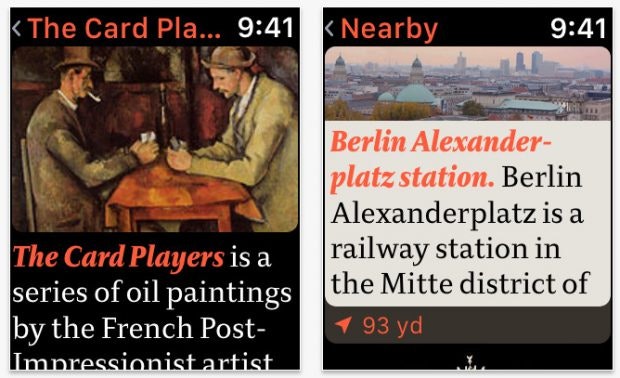 The Apple Watch app tells you everything you need to know about your surroundings. (Screenshot: App Store)

This Wikipedia client for iOS was developed by a German company and has already won several prizes. In combination with the Apple Watch, the function that automatically provides you with information about places of interest in your area is particularly useful. Also well done: If you want, you can continue reading the underlying Wikipedia articles directly on your iPhone.

Some of you may already be familiar with the 1Password password manager. Thanks to Apple Watch support, you can also use it to access important PIN codes or passwords from your wrist. You can determine yourself which passwords you want to make available on the watch. In addition to passwords, you can also save the number combination of your bike there, for example. The app itself can also be protected with a numeric code. 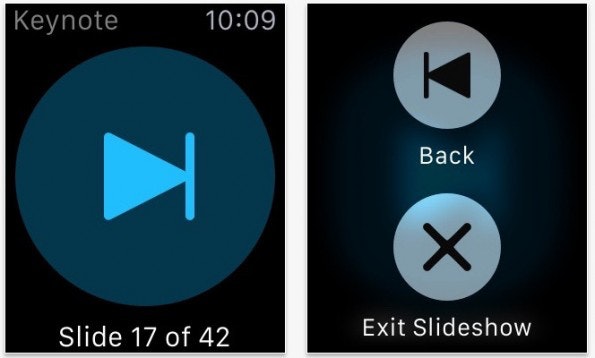 Keynote: You can control your presentation with the Apple Watch app. (Screenshot: App Store)

Yes, we’ve also listed Apple’s presentation app here. Because in combination with an Apple Watch you can easily navigate through your slides.

The popular to-do list software Todoist also supports Apple’s smartwatch. Those who use them can tick off tasks and add new ones right on their wrist. The Apple Watch can also use the app to remind you of approaching deadlines.

IFTTT stands for If this then that. The automation service connects all imaginable online services and IoT devices with one another. You can use the associated Apple Watch app to define virtual buttons, which then do all sorts of tasks for you when you press them. On the one hand, you could use it to switch smart lightbulbs on or off, for example. On the other hand, you could also use it to call up the current Bitcoin rate or other current information, for example.

Fun and entertainment: The best Apple Watch apps for leisure 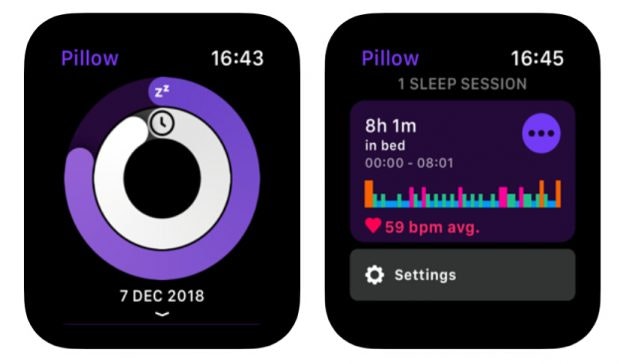 Pillow is a recommended sleep tracker for the Apple Watch. (Screenshots: App Store)

There are a number of sleep monitoring apps for the Apple Watch. A recommendable representative from this category is the Pillow app. If you leave your Apple Watch on while sleeping, Pillow automatically records your sleep and analyzes it. The app places the result for evaluation on the heart rhythm that has also been recorded. Pillow works with Apple Health and provides the information about your sleep rhythm there too. The data exchange works automatically. If you want, you can also record the creepy noises that we make in our sleep and then listen to them. 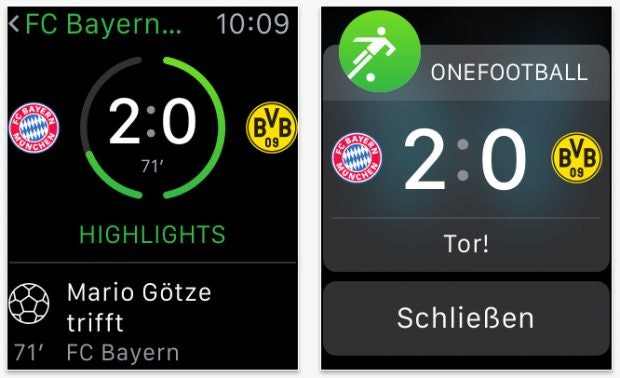 Even the greatest football fan can sometimes not watch his team’s game live due to professional or personal commitments. In this case, the Onefootball app is a suitable alternative. With a discreet look at your wrist, you can stay informed without missing out on your important appointment. 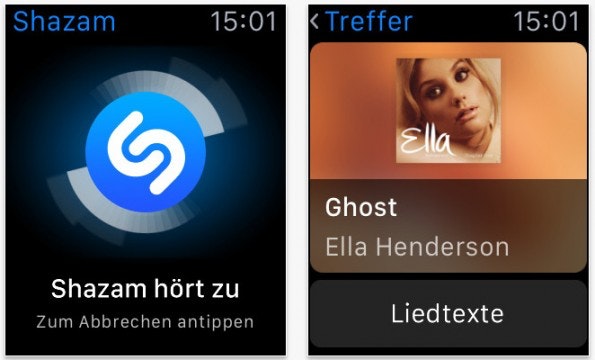 We probably don’t need to say much more about Shazam. The app recognizes for you which song is currently being played and gives you the name of the musician and the song title. Thanks to Apple Watch support, you don’t even have to take your iPhone out of your pocket. 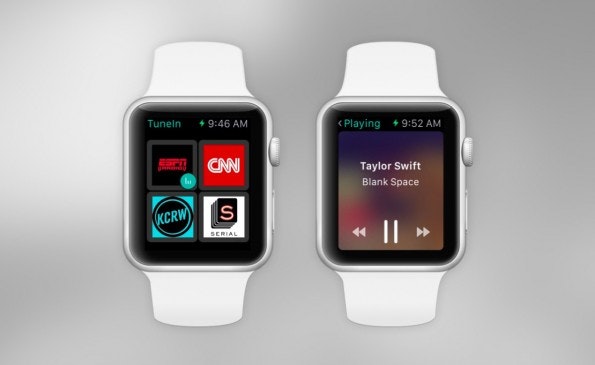 Tune In Radio: Listen to radio from all over the world on the go. (Graphic: TuneIn Radio)

With Tune In Radio you can listen to radio stations from all over the world. One look at your Apple Watch and you always have on screen which station or podcast you are listening to. 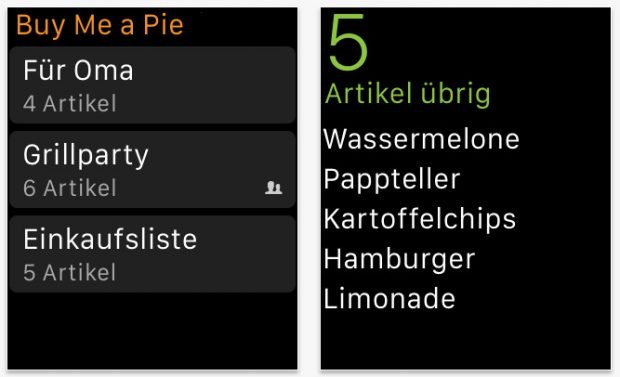 Practical app for the Apple Watch: a shopping list on your wrist. (Screenshot: App Store)

The shopping list app is available in versions for the web, Android and iOS. Thanks to Apple Watch support, you can easily access your shopping list via the smartwatch and have both hands free to load the desired products into the cart. 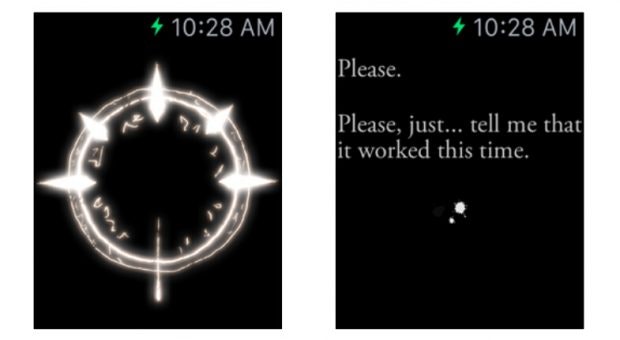 The Apple Watch will never be able to compete with a game console, but there are still a few good games for the Smartwatch. (Screenshots: App Store)

Lifeline 2 brings the classic computer game genre of text adventure to your Apple Watch. Of course, you don’t have to type anything here – which would be rather exhausting given the size of the screen – instead you are presented with various options for action. In the game you slip into the role of a young woman who has to save her brother. Whether you succeed in this depends on your decisions. 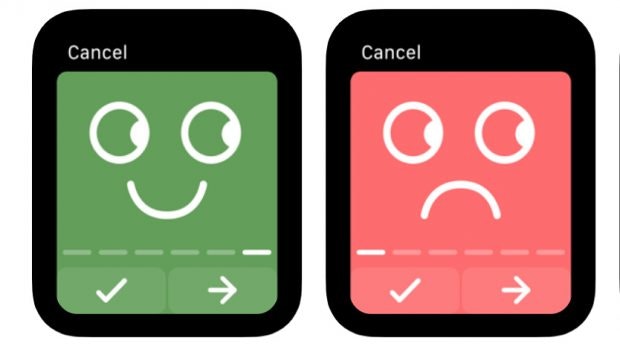 How are we today? (Screenshots: Apple Watch)

There are many fitness trackers for the Apple Watch, but how about a mood tracker? With Moodistory you can create a kind of mood diary and record how well or badly you were doing over a certain period of time. If you want, you can also export the result as a PDF using the iPhone app.