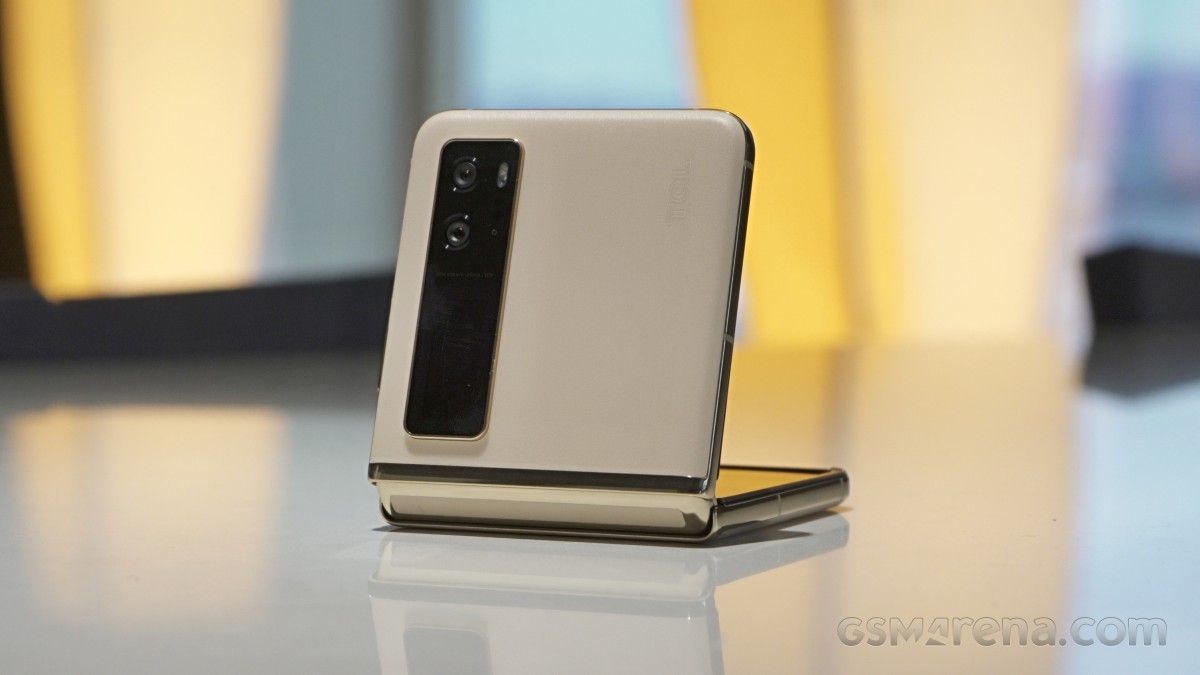 A number of interesting smartphone concepts were shown during the Consumer Electronics Show (CES) in Las Vegas. For example, TCL demonstrated its Project Chicago.

The Chicago Project includes a prototype of a folding telephone and with this concept TCL shows how advanced they are currently in the field of foldables. GSMArena has had this phone in hand and shares first impressions of this folding device. According to GSMArena, TCL wants to release a folding phone for consumers that will be cheaper than the current folding phones.

Now first the foldable phone. As you can see in the photos, the flip phone fits perfectly into the category that includes the Samsung Galaxy Z Flip 3, the Motorola Razr 5G, and the Huawei P50 Pocket announced in December. It is in fact a clamshell or folding telephone that folds inwards across the width. There is also a screen on the outside of the concept phone, where, among other things, the clock, quick settings such as the flashlight and the notifications can be found. You can also use the screen as a camera viewfinder for selfies with the main camera.

– Read more below the images –

The foldable OLED screen has a resolution of 1080 x 2400 pixels. The folding mechanism is broadly similar to that of Samsung, but the space in it seems less large, so that dust has less chance. The way the concept phone’s screen folds in the middle also seems to be slightly different. Although a fold is still present, it seems to spread over a larger area.

Further specifications have not been disclosed. TCL Netherlands informed Androidworld about Chicago Project: “The foldable devices with the name Chicago Project were shown at CES, but will not be commercially available for the market (as TCL previously announced in September).”

It is clear that there is a demand for it. According to a study, the number of foldable smartphones sold tripled last year. Androidworld also expects to see many more foldable phones next year, hopefully for a more attractive price.

What do you expect from 2022 in the field of foldable phones and which form factor would you like to see (back)? Let us know in the comments below this article.