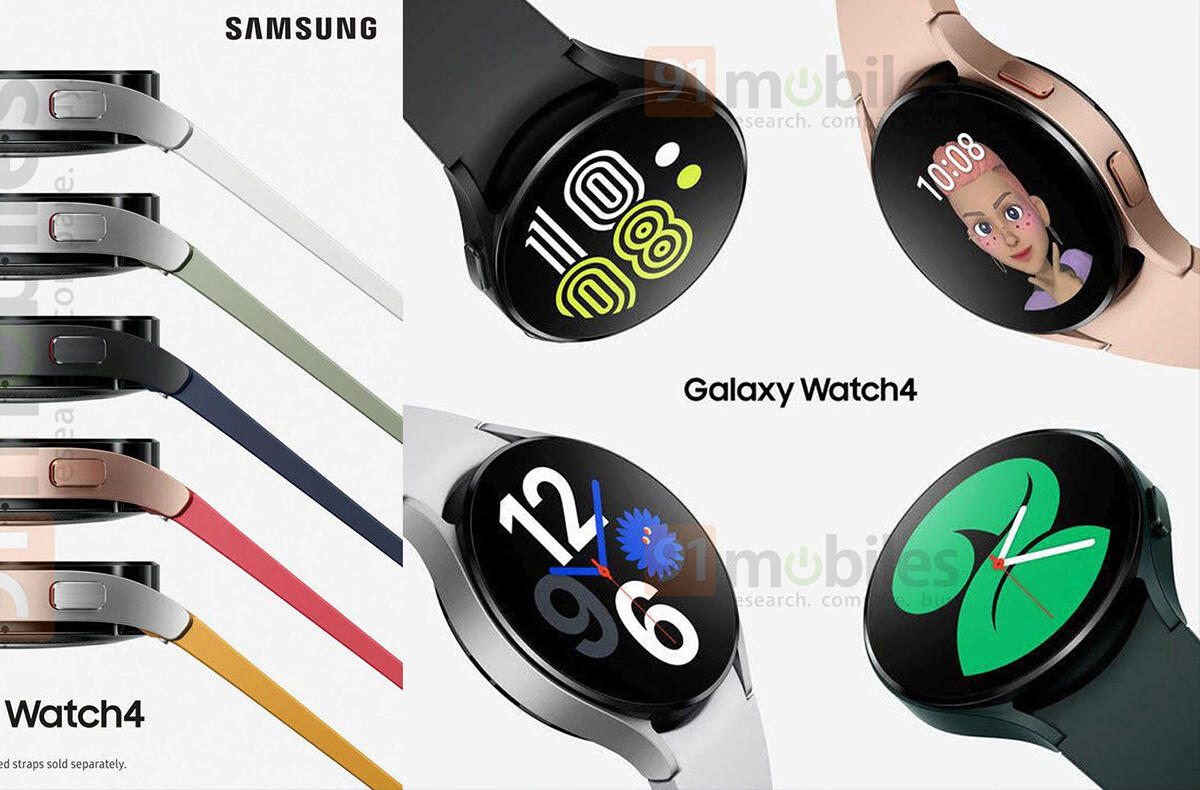 The upcoming watch from Samsung is highly anticipated, not only due to drastic changes in design, but mainly due to the new Wear OS system. 91Mobiles has now unveiled the official renditions of the Samsung Galaxy Watch4, so we can see them in all their glory.

In addition to what the watch will look like, we learned a lot of key information thanks to the renderings. Thanks to the inscription on the back, we know that the watch will be available in versions 40 a 44mm. We also know about certification MIL-STD 810G, 5ATM water resistance, built-in GPS or Gorilla Glass DX + protective loop. If we focus on design, there is a clear look with the Galaxy Watch Active and the South Korean company will follow the path of minimalism.

Renders show that they will be available in several color variants. We can see the strap in white, green, red, black and yellow, while the body itself will be available in black, silver or bronze. There are also several new dials to see, but the Wear OS itself has remained under wraps.

The watch is to be introduced in early August along with other Samsung products.

How are you looking forward to the new watch from Samsung?