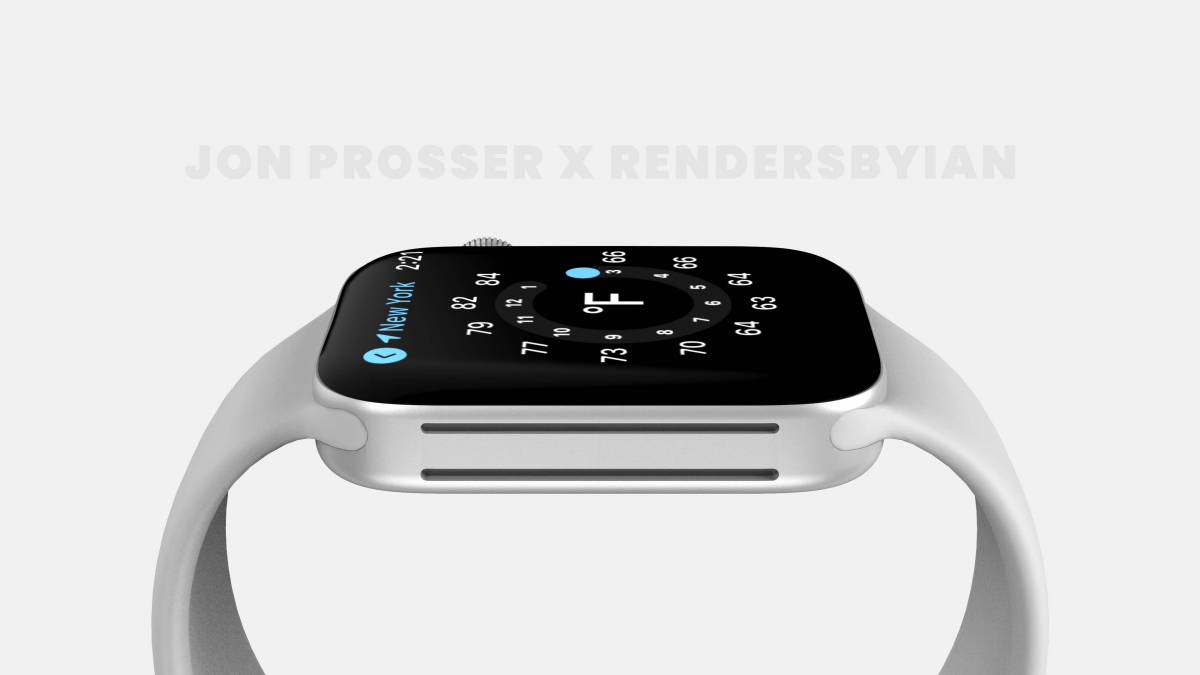 In addition to the iPhone 13 series, we can also expect a new Apple Watch in September. There are signs that with the Series 7 a redesign and further improvements should move in. That is known.

In September the time has come: Apple will present its new iPhone models, which in the past – with the exception of last year – have always been accompanied by a new generation of Apple Watch. What the iPhone 13 series will have on board and what the new models will look like is largely known. But even with the Apple Watch Series 7, a very concrete picture is already emerging. We summarize.

After the Apple Watch had not yet received a new coat of paint with the Series 6, Apple now seems to have managed to change the design a little with the Series 7. Already last year, the analyst Ming-Chi Kuo predicted that Apple would make a visual overhaul of its smart watch in 2021. In May, the leaker Jon Prosser showed what the new generation of watches could look like using a series of rendered images.

This is what the Apple Watch Series 7 could look like. (Render image: Jon Prosser; Renders by Ian)

According to his information, the new Apple Watch will be optically based on Apple’s current hardware direction and will be a bit more angular than before. This would allow Apple to match the look of its watches to the design of other products such as the iPhone 12 (test), iPad Pro (test) and iPad Air 4. We have been observing this standardization of hardware design for a while and it continued with the iMac 24.

In addition to Prosser, the well-connected Bloomberg reporter Mark Gurman also claims to have found out that the display is becoming flatter. Also, the one for leaks well-known website 91 Mobile CAD renderings releasedwhich coincide with the design shown by Prosser.

But the watches should not only be a little more angular, but the display will have fewer frames than before. Apple is supposed to achieve this with a new display technology. The manufacturer is also testing a new lamination technique that could bring the panel closer to the display glass.

The new generation of watches is not only being renewed on the outside, the inner values ​​are also being upgraded. Among other things, a new “S7” processor is to be installed, the according to a report should be smaller than its predecessor. With this, Apple could, among other things, create more space to integrate a battery with a larger capacity. With a larger battery, Apple could get a longer run time.

Bloomberg also reports on the use of a new processor, but also on improved wireless connections. In addition to possibly new WLAN and Bluetooth modules, there are signs of the integration of an ultra-broadband chip that will be used for functions such as unlocking cars, doors and hotel rooms. Apple already described these features in the course of the announcement of watchOS 8.

Since the time is, so to speak, only an accessory with the Group’s watches and both health and fitness are in the foreground, we can assume that there will be new features in this area as well. Rumor has it that Apple could integrate body temperature measurement, among other things, with the new model series. However, we shouldn’t rely on it, because Gurman’s sources tend to assume that this function could only find its way into the 2022 model.

It is also rumored that Apple will integrate a blood sugar sensor with which diabetics can keep an eye on their blood sugar levels. This function, too, may not come onto the market for a few years. It is currently quite uncertain what new health functions Apple is planning for the new watch, but that can still change until September. 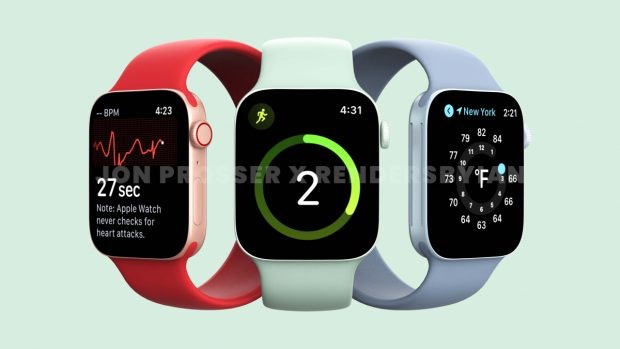 The colors could also be more varied this year, as Prosser explains in his podcast The Genius Bar, which he runs together with Sam Kohl from Apple Track. According to his information, Apple could offer the Smartwatch in a shade of green, such as that used in the Airpods Max (test).

Regarding the prices, there are no details yet, but if you take a look at the price development in recent years, it shouldn’t be a big surprise. For example, the manufacturer asked for its series 3 to 6 watches from just under 430 euros each – with the new generation it should not be any different. In addition to the Series 7, Apple could also offer a cheaper SE model that is a lot cheaper, but also has fewer functions.