evaluate together with your friends

This year, the Eurovision Song Contest will be held in the Netherlands again after years. The AVROTROS has released its own Songfestival app with which you can vote for your favorite, together with your friends.

The AVROTROS Eurovision app lets you vote on three parts. You can vote for the song, act and outfit during the broadcasts on 18, 20 and 22 May per country. It is good to know that this is not official voting, but ‘purely for fun’. You can add friends to your friends list and rate participating countries together. You can leave your score during an act. You can then compare the reviews with your friends and the rest of the Netherlands.

Via the AVROTROS Songfestival app you also get to see the results of all shows, so you don’t have to miss anything. The Eurovision Song Contest will be broadcast on Tuesday 18 May, Thursday 20 May and the final on Saturday 22 May from 9:00 PM. 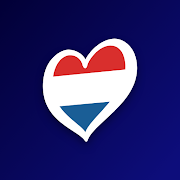