can a smartphone battery really explode? 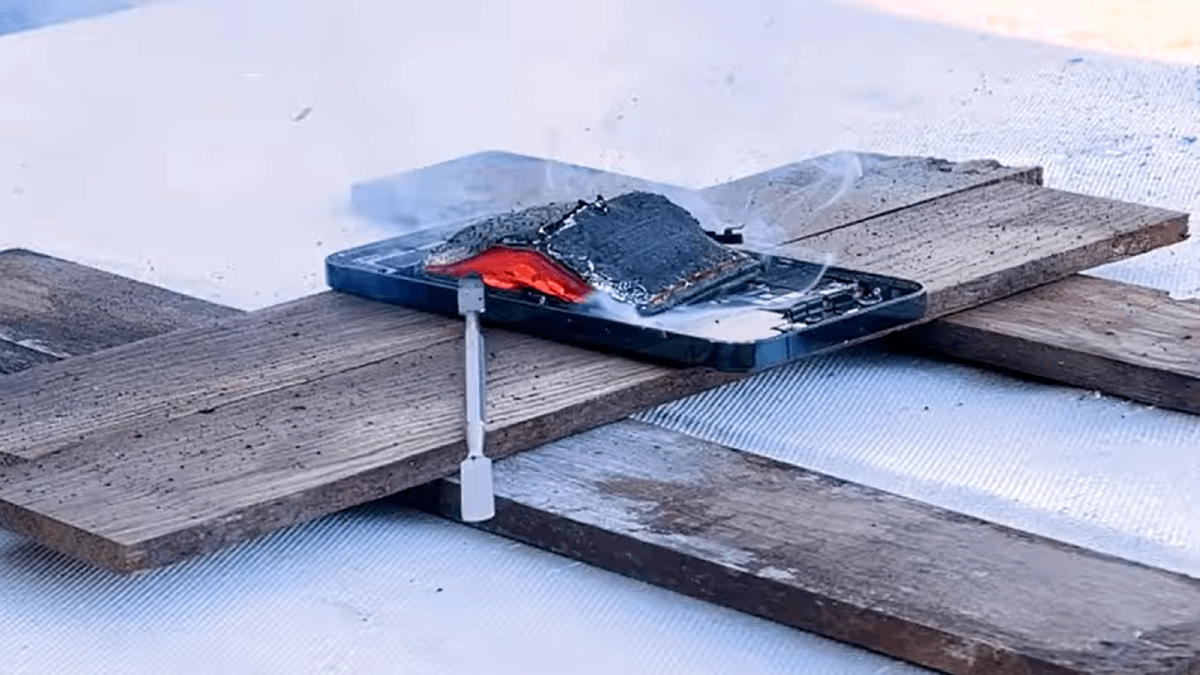 Sometimes you read about phones that catch fire unexpectedly, but how big is that chance really? What factors can increase the chance and do you really have to watch out for phones with a swollen battery? The repair experts at iFixit explain.

Quite a few tech enthusiasts still remember the Samsung Galaxy Note 7 saga well. In 2016, many Note 7 devices exploded and even injured users. A manufacturing flaw in the case was at the root of the problem, but there are still reports of phones catching fire occasionally. This happens with all makes and models and fortunately very rarely.

In a YouTube video, iFixit warns of conditions where batteries can catch fire. A lithium-ion battery consists of several thin layers of metal. When a battery is damaged by a metal object, a short circuit occurs and a battery can catch fire. The chance that this actually happens increases with larger batteries and especially with batteries that are (almost) fully charged.

So if you ever replace a smartphone battery yourself or perform any other repair, simply disconnecting the connector from the battery is not enough. It is better to only start repairs when a battery has a charge of less than 25 percent.

What makes the explosion more likely is a battery that has swollen. This phenomenon can occur with phones that have not been used for a long time and you can notice it in particular with devices from Samsung, as it recently became clear. Suppose the telephone you use every day breaks down and you want to temporarily remove an old telephone from the cupboard, first check the condition of the battery. It is dangerous to charge a swollen battery. So don’t just use the phone and replace the battery first if you want to use it.

You can watch iFixit’s advice again in the video below. In the video, they also couldn’t resist setting a larger battery on fire.