“As if my view of the world had changed” 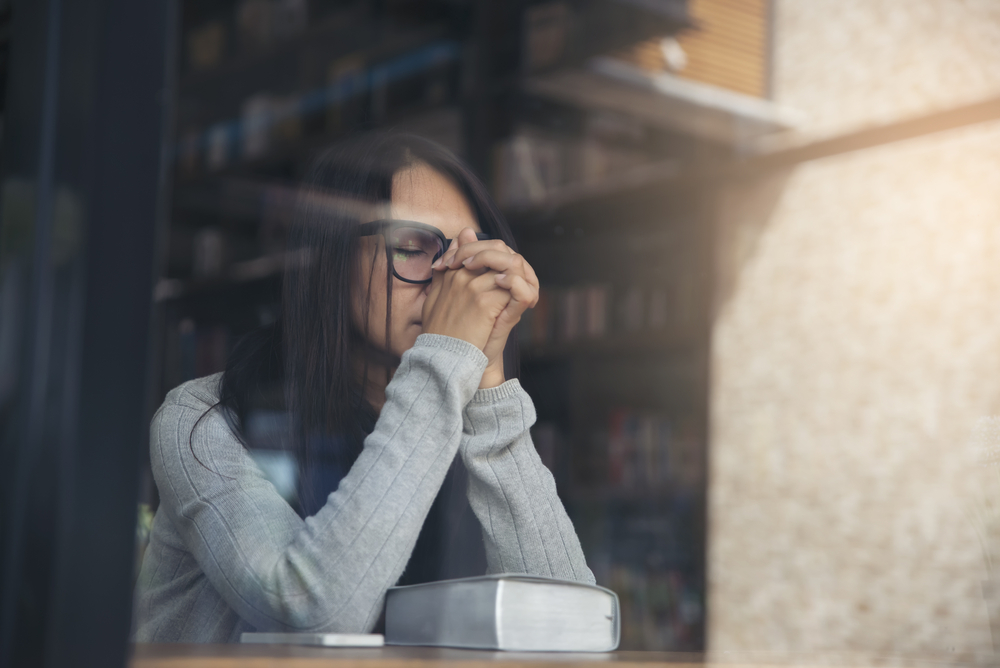 A neuroscientific team from the University of California has developed a brain implant that can switch off depression by means of deep brain stimulation. That changes a lot.

Researchers from the neuroscience faculty at the University of California at San Francisco have shown that an implanted brain stimulation device can help treat major depression. Although they only had one study participant due to the costs and risks, her symptoms improved dramatically.

Brain implant brings about a drastic improvement in symptoms

Sarah, 36, has been suffering from severe depression since she was a child. All conventional treatments had been tried on her, nothing had helped. The new brain implant from California, however, changed her life abruptly.

After the depth stimulation device was implanted in her brain and activated, Sarah’s values ​​on the depression rating scale immediately dropped and she felt it. “It was as if my view of the world had changed,” said Sarah, who wants to remain anonymous because of the still common public stigma of depression, during a press conference to introduce the study, which was published in the science magazine Nature Medicine has been published. “For the first time in at least five years, she was able to laugh spontaneously and honestly,” she says happily.

The essence of depression is physical

The study’s results, while encouraging, already have a major weakness in that they are based on an individual’s reaction. Accordingly, the researchers also make it clear that it is unclear how well this therapy could work for other people. Nevertheless, they see the study results as a complete success. Because they could have proven for the first time that the essence of depression is physical – comparable to Parkinson’s or epilepsy.

In doing so, they remove the ground from considerations that view depression either as a pure illness of the soul or even as an expression of a weak personality. Study author Katherine Scangos, a psychiatrist at the Weill Institute for Neurosciences at the University of California, is certain to have “discovered some basic properties of the brain” and adds, “What we are now increasingly realizing is that depression is caused by faulty circuits”.

The study used a technique called deep brain stimulation. Electrical impulses are emitted via electrodes implanted in the brain. They are supposed to change or regulate brain activities that are recognized as abnormal. The technique is already used quite often in diseases such as epilepsy and Parkinson’s.

Research on the usefulness in depression had also been done in the past – albeit with inconsistent results. According to the findings of the current study, the error in the application in previous studies was probably that the technology stimulated areas of the brain that were believed to be involved in the depression.

The California team, however, was far more thorough. Instead of working on the basis of assumptions, they thoroughly measured Sarah’s depression. In this way, the researchers knew exactly what type of brain activity occurred when Sarah’s symptoms of depression flared up. Knowing this, they implanted a device that was supposed to respond to precisely this brain activity. In doing so, they viewed the brain not just as biological areas, but as a collection of circuits – interconnected parts of the brain that are responsible for certain functions. They then used their impulses in such a way that they affected the entire circuit. The problem: The circuits of different people can be different and the brain activity to be controlled can also be individual. This makes it difficult to develop an off-the-shelf implant.

Study shows: Depression is caused by miswiring in the brain

Maybe it doesn’t have to be. Because the researchers already see the knowledge that there are apparently “depressively wired circuits” in the brain of those affected as groundbreaking for future, also non-surgical therapies. Sarah can also live well with this diagnosis. Show her that she wasn’t to blame for her depression, as she had been told over and over again over the years. Rather, she is simply sick, like someone with Parkinson’s or epilepsy. That makes it much easier for her to deal with her fate.

Should the scientists actually succeed in arriving at an approved therapy after further studies, it would still be one that would only be used after all other treatment methods had been exhausted. This is due to the general risks associated with head surgery and the price of around 40,000 US dollars that must be spent on the stimulation device.