Zool caught in Chupa Chups’ lollipops is back -apkrig 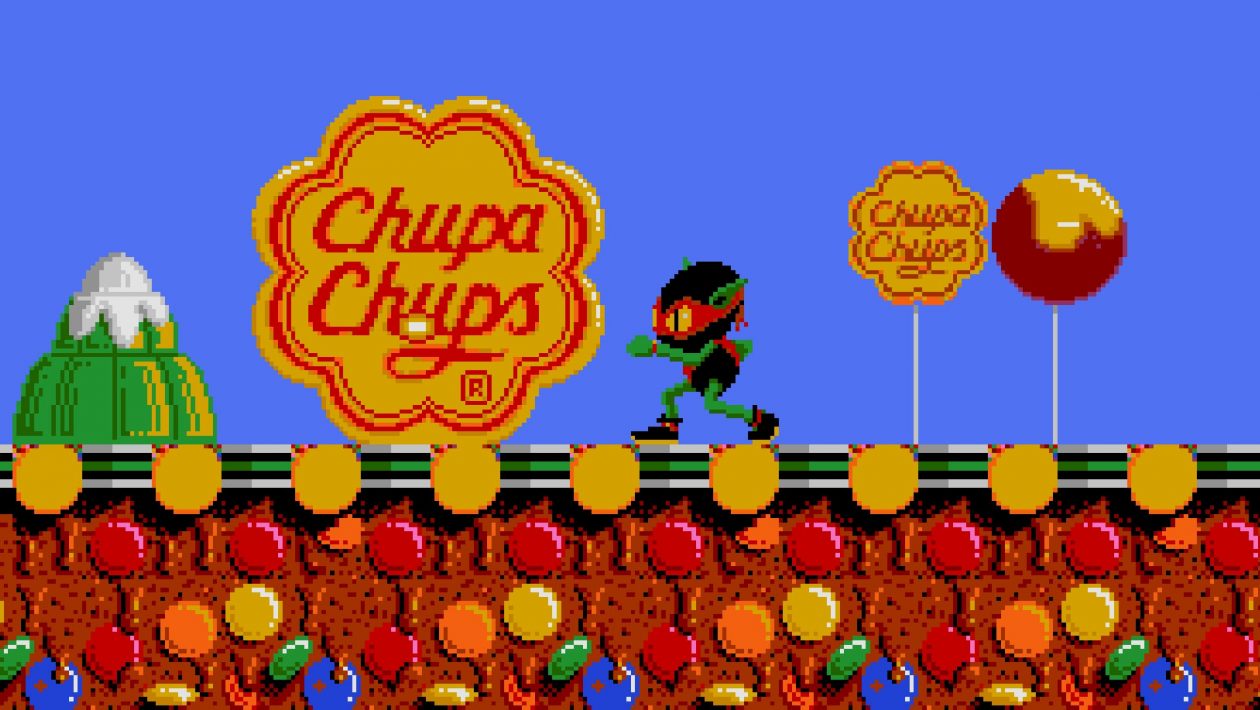 Zool returns. Whether you will consider it a great novelty depends mainly on whether you remember it and you played this game. I know from experience that for some players the title is completely unforgettable, while others have never heard of it. In any case, this classic action platformer from 1992 from the Gremlin Graphics studio with a distinctive product placement of Chupa Chups lollipops will see a modernized version.

Students of the Sumo Digital Academy development program work on the title, but they work under the supervision of the original 1992 developers.

Secret Mode and Sumo Digital have announced Zool Redimensioned, which will be released on August 18. The authors say that they have reworked the ninja from the Nth Dimension from the ground up, even though at first glance you can hardly see the difference between the original and the novelty. Which can be good for someone. Eight alien worlds await us, bosses and minigames. Students of the Sumo Digital Academy development program are working on the title, who are just looking for their way into the gaming industry. But the talented young authors work under the supervision of the developers of the original from 1992. Sumo Digital was founded years ago by veterans from Gremlin. The team of students has created their own engine and part of the profits from the game will go back to the mentioned academy.

Zool is already famous for its high difficulty, but it is naturally to see some modern improvements and features. The game offers two modes. Redimensioned conveys a more accessible modern experience. Ultimate Ninja, on the other hand, provides an authentic original challenge. Boss fights are to be redesigned, we come across new secrets, challenges and bonuses. And you can also play on time. Over twenty-five achievements will be unlocked, as well as so-called quality-of-life upgrades – checkpoints, accessibility options and selection of a specific level. And if you really want the most authentic experience, you can play the original version for Mega Drive from Sega. Although the Amiga game was the first to be released.

It is said that the project helped the young developers to grow into real professionals who supported each other when working on the new version, so that the result was as good as possible. The whole game and its Nth Dimension Engine technology was created in C ++. Many of the authors did not write a line of code a year ago, says a representative of Sumo Digital Academy. It is supposed to be a work born of real love, which is said to have managed to capture the spirit that made Zool a cult classic. But at the same time, the game was enriched by elements that we liked in later platform games.

We have repeatedly addressed Zool in the Vortex before. We remembered, for example, what his manual in the Game Boy version looked like and also its Czech version. And we also included Zoola in our selection of the most famous and best games, which also acted as an advertising medium. The mascots of well-known food brands often became the heroes of platformers in the 1990s.

Due to the constant repetition and inability of some players to break out of the First World, many people remember Zool only as the “mascot” of Chupa Chups.

We remembered that although most witnesses probably associate this game with Chupa Chups, it was not created primarily to promote the brand. Although it may certainly seem so from a prominent and aggressive depiction in the first world. The company sponsored the game and its product placement exceeded the boundaries of random references. The first levels were one big advertisement for famous lollipops, without making any deeper meaning in the context of the game. However, the main character himself is not the mascot of the company, but unlike most colleagues, a completely new character.

Zool, which was first to compete with Mario and especially Sonic on the Amiga before releasing more ports, was not a bad game at all. He took great marks from the reviews and was more than a carrier of advertising. The fact that a Ninja from the Nth dimension is considered one big advertising product is more related to its difficulty. Due to the constant repetition and inability of some players to break out of the First World, many people remember Zool only as the “mascot” of Chupa Chups. Thanks to its qualities, the title also received a decent sequel.

A little surprisingly, the innovated Zool only targets the PC. The game already has a profile on Steam.