Yaasa Desk Pro in the test 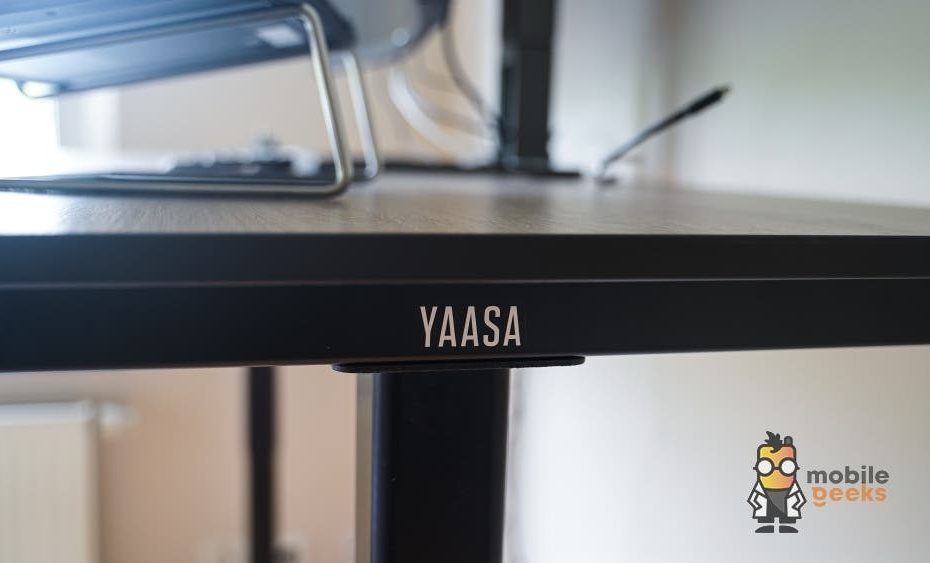 The basis for a good home office is the table, because the home office is built on it. Many people get the first table they can find, but at some point they realize that something is wrong. The area is too small, the height does not fit or the table wobbles. Other things usually come to mind later: back pain, neck pain, incorrect posture, hollow back, etc. I experience these problems myself as someone who works almost permanently while sitting down, getting worse every day. Even before the #StayHome time. Because the whole thing also applies to students, gamers and the like.

At times when I’m not working, I just sit at the table, watch videos, surf the Internet, play games and more. Now I think to myself that I should have invested in a good table before I started studying. With the new home office, this is made up for, because the old table is now replaced by a new, ergonomic table that you can work with while standing, and from the very first day it becomes clear what a big difference that is.

There are different providers here, with one provider more often dominating Google Ads and Youtube videos with its overpriced products, whose tables look like school tables. Instead, I chose a young, personable and European company by name Yaasa decided which not only impresses with its great design, quality and functionality, but also with its price. The design comes from Switzerland and the production takes place in Prague, which is why it is a completely European product.

Yaasa has two models on its website: the Yaasa Desk Basic and the Yaasa Desk Pro II. We still have the first model of the Yaasa Desk Pro, which Yaasa no longer offers since the new model, which was released around July, but is still very similar to the successor except for small things.

The Yaasa Desk Pro arrived in two packages: the technology package and the tabletop. As you might expect, the technology package includes the legs. These can be mounted quickly and easily on the table top. The cables that lead out of the legs must be plugged into the box, which is placed in the middle below the table, and covered with the metal cover. Then the plug goes into the socket and the Yaasa Desk Pro is ready. There is now even a cable management for the Yaasa Desk Pro II. Unfortunately, I cannot say whether this will also work here. But I’m still trying to find out.

In terms of color, I opted for the truffle brown version, which looks fantastic with its additional dark gray accent on the sides and goes well with my other tools on the table. Due to the coloring, no dust or other dirt is so easily noticed, which is why it always looks clean, which makes it easier for me to take product photos.

The table top consists of a laminated chipboard with a high quality HPL laminate. I suspect that the other color models have a completely flat surface, while the “oak truffle brown” version has a texture that feels really good to give it a high-quality wood feeling. The rounded edges are made of plastic, while the frame is still made of wood. Both parts are colored dark gray. The corners are also rounded and not angular like most of the tables I have found on the internet. Not only does it look modern, it also reduces the risk of injury to children, for example.

The dimensions of the Yaasa Desk Pro are 160 x 80 cm with a height of 19 mm. The table is ideal in terms of length, as there is more than enough space left and right and even with my SuperWide monitor with a length of 110 cm I still have enough space for speakers and other things. The width of 80 cm is also ideal for me, as there is practically no lack of space. This feeling of enough space is an important factor in the home office on a psychological level, as otherwise one unconsciously feels constricted.

The fact that a clear design language is spoken here can be clearly seen on the T-feet of the Yaasa Desk Pro, because the color design of these is identical to the table top. However, this is not real wood, as it is an aluminum base with a wood look. For me this is a small but very nice detail. Here, too, there are neither sharp edges nor corners where you could injure yourself.

The columns have a square cross-section and are made of powder-coated steel. Both are telescopically constructed in three stages and inside each there is a motor that controls the height.

You can adjust the height with the control on the right front side. This consists of five buttons, one of which is also a display that shows the current height in cm. After a click, the controls are activated and you can set the table higher or lower as desired. To do this, you simply use the up and down buttons. You can hear quite clearly that the engine is working, but this is not an annoying or annoying noise. It usually takes a few seconds to get to the top or bottom. 59 cm is the minimum and 125 cm is the maximum. In between you have an almost infinite number of steps, as the table only moves as long as you keep the button pressed. Even at the maximum setting, the table is stable and wobbles barely or not noticeably, which you wouldn’t normally expect because of the greater leverage and with me because of the one-sided weight shift caused by the monitor.

I am 185 myself. The ideal height for me when sitting with a reasonably well adjusted chair is about 72 cm. The ideal height for me when standing is 115 cm. At these heights, my forearms are on the table at a 90 ° angle. So I would still have about 10 to 13 cm of leeway in both directions. Adjusted to these heights, my shoulders are well relieved and I neither tend to lean forward nor to form a hollow back. In addition, I offer a change for the body in the standing position, which leads to a healthier and more active body feeling, because you are always ready to move, where you usually want to remain seated while sitting and postpone a lot until later, so get up too. Of course, standing up for a long time isn’t healthy either, but I try to switch at least every 1-2 hours if possible.

Once you have found the ideal position, the Yaasa Desk Pro offers you a practical storage function. To do this, you tap on the display, which also serves as a memory button and click on button 1 or button 2. I have set my fixed sitting and standing position here. The input is confirmed by a clicking sound. It seems that these buttons are also equipped with a touch function, because if I just touch the 1 or 2, the display shows me the stored value.

The fact that the motor accidentally breaks down because the table hits an obstacle, or that it is suddenly crooked is not necessary for small things, for example if you don’t pay attention to the armrest of the chair when lowering the chair or if you still have a container underneath Start worrying as soon as you notice it and stop pressing the button. I was able to accidentally test that by doing something stupid when I was briefly distracted. However, in the long run it can still damage the engine if it is blocked too often or for too long. Yaasa has a good safety solution here with the container stop or shelf stop position, which can be easily adjusted.

As already mentioned, you can assign your sitting and standing position to buttons 1 and 2. However, it can happen that you accidentally press the Up or Down button instead. However, if you have an object such as a container under the table or a shelf above the table, you only need to hold down the Save button for 10 seconds and you can limit the travel range of the table. By saving a minimum and maximum height in this way, you are permanently protected from such problems, as the table cannot move any further until it is unlocked. If something changes in your setup, you have to go back to the maximum or minimum setting and press the Save button again for 10 seconds to remove the restriction.

The maximum load that the Yaasa Desk Pro can carry is 80 kg. Since the picture, where about 25 kg is on the table, a lot has happened, and I have significantly more weight on the table. The table currently carries around 45 kg and is extremely stable despite the very one-sided load.

That costs Yaasa Desk Pro II (Like already not our model because it was replaced by the successor) 598 euros, 10 euros more expensive than the predecessor, and is available on Yaasa.de. This is completely appropriate for a table of this size, which is also of very high quality and super stable even in the maximum setting. In addition, there are the ideal dimensions for me, the simple controls, and the great and well thought-out design, which significantly enhances every room. I will certainly soon be shooting videos on it or taking product photos for which it not only has enough space, but also has the right color. If I add a little ambient lighting to it, it will be perfect.