Xiaomi has released a new application in the download store for Android. Installing your new Xiaomi is made a lot easier with the Mi Mover app. The app is now not only available for Xiaomi smartphones themselves.

Xiaomi follows the example of various other manufacturers and releases its own app, with which data can be easily transferred. This concerns data and files from your one smartphone, which can be transferred to your Xiaomi device using the Mi Mover app. Previously it was only possible to use the app only between two Xiaomi devices, but that has now changed.

With Xiaomi Mi Mover you can transfer almost anything to your new Xiaomi device, from your own Android device. This includes, for example, call history, alarms, contacts, messages, documents, music, video and photos. The files can be transferred wirelessly without the need for an internet connection. In the case of Mi Mover, a connection is set up between the two devices in order to exchange the files.

This makes Xiaomi not the first manufacturer to release an app for this. We know similar apps from other manufacturers. Samsung has Smart Switch, while Huawei has Phone Clone. Oppo offers the Clone Phone application for this and of course it is always possible to restore your backup from Google. 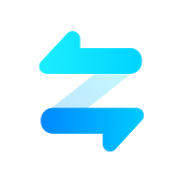