Xiaomi has just presented two new smartphones. First of all, we see the new Redmi Note 9T 5G for a very competitive price. There is also the Xiaomi Redmi 9T, which can be sold over the counter for an interesting price and with decent specifications.

We were very enthusiastic about the Xiaomi Redmi Note 9 Pro in our extensive review. This one was part of the Redmi Note 9 series. It is not unjustified that the device received an honorable mention at the DroidApp Awards 2020. This year the manufacturer kicks off with a kind of successor for this model; the Xiaomi Redmi Note 9T. For the first time, a device from the Redmi Note series is equipped with 5G support. In several other countries, this device also comes on the market without 5G support. The competitively priced smart alarm clock, the Xiaomi Mi Smart Clock, was also announced today.

The stylish Redmi Note 9T has a 6.53-inch Full-HD + screen with an opening for the 13-megapixel front camera. Furthermore, the smartphone is equipped with a MediaTek Dimensity 800U processor, 4GB of RAM and 64 or 128GB of storage space. The battery capacity is 5000 mAh and can be recharged with 18W. Striking, because Xiaomi includes a 22.5W charger. There is dual SIM support and of course the smartphone is equipped with Android with the MIUI skin. Information about the Android version is still missing, but we suspect it is Android 10.

Coming back to the camera for a moment. This is a circular module containing three lenses. There is a 48 megapixel main camera with an aperture of f / 1.79. There is also a 2 megapixel depth sensor and a 2 megapixel macro lens. They both have an aperture of f / 2.4. The smartphone will be widely available in the Netherlands from January 18, although you can purchase it from today until January 17 with a 20 euro discount at Belsimpel. The price is 229 euros for the 64GB version, 269 euros for the 128GB version. 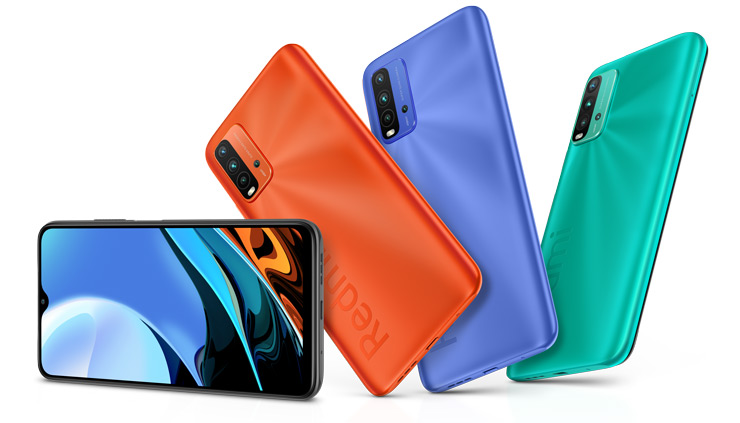 Xiaomi has also announced the new Xiaomi Redmi 9T. This device is equipped with a 6.53 inch Full-HD + screen and a drop notch with 8 megapixel front camera. There is a quad camera with a 48 megapixel main sensor, an 8MP wide angle lens and twice a 2MP lens. Furthermore, the smartphone offers a special material on the back that should not be sensitive to fingerprints. The Redmi 9T is powered by a Snapdragon 662 chipset from Qualcomm and offers 64GB or 128GB of memory.